Vince Carter and The Tape 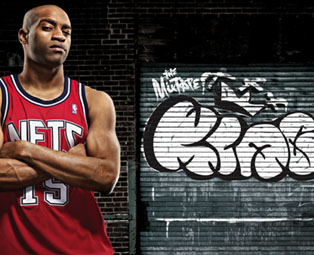 One day about three years ago, Ben Osborne showed up with a video tape. He didn’t tell us what it was, he just slipped the tape into the VCR in the office and hit play, and for the next five minutes we all watched with our jaws open.

It was a tape that a friend of Ben’s (who works at a company that does highlights and stuff like that) who had put together a tape of his favorite Vince Carter dunks, from the Olympics/Fred Weis joint to a lot of his better stuff from his first two years in the League. No special effects. No added music. Just the game announcers and the reaction of the fans.

These days, as Vince drifts out closer and closer to halfcourt, we see less and less of that Vince. But every few months we grab that tape and have an informal viewing party back in the office. We’ve been telling to you to check the website for the video since SLAM 104 and today, we share the joy with all of you.