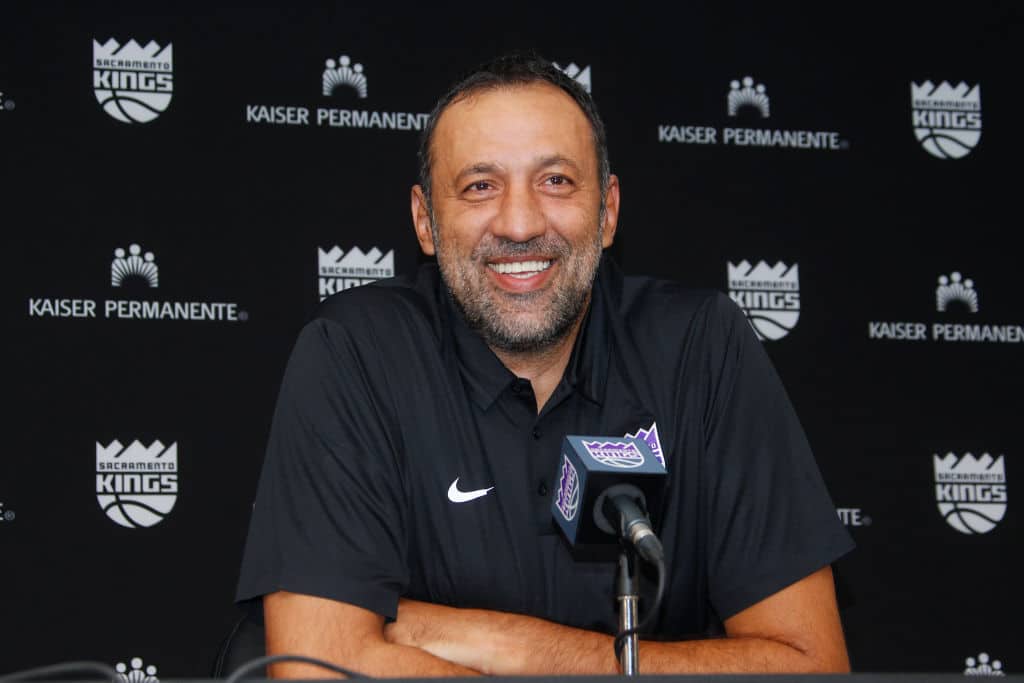 According to Kings general manager Vlade Divac, he is presiding over a young “superteam.”

Divac, speaking to reporters Thursday night after drafting Marvin Bagley III with the second overall pick in the NBA Draft, said Sacramento can compete with the League’s best squads.

“My team is a superteam, just young,” Divac said.

“We are, you know, competing. We are playing hard, we are playing fun, fast. We talk about last year, you had a few of those super teams… we beat them twice, I believe. We just have to learn and be better every day, every year.”

Given Vlade’s love of big men, the Kings’ selection of Bagley shouldn’t have come as a surprise to anyone.

“I had a good feeling about this team, the city, the direction they’re trying to go,” Bagley said. “I was just trying to hear everybody out and do whatever I could to have a good workout and I’m glad they picked me.”

Drafting a big has become an annual affair under Kings general manager Vlade Divac. The Kings have acquired a power forward or center in the first round of each of the last four drafts. Some would argue that goes against the NBA’s trend of playing smaller, more skilled athletes and ignores the glaring need the Kings have for a wing.

“I’m just looking forward to showing every aspect of my game,” Bagley said. “I’m an all-around player and how comfortable I am with the ball, dribbling the ball, handling it, creating for teammates, making the right basketball play, just playing the game.”