Warriors Hang on in Utah for 19th Straight Win (VIDEO) 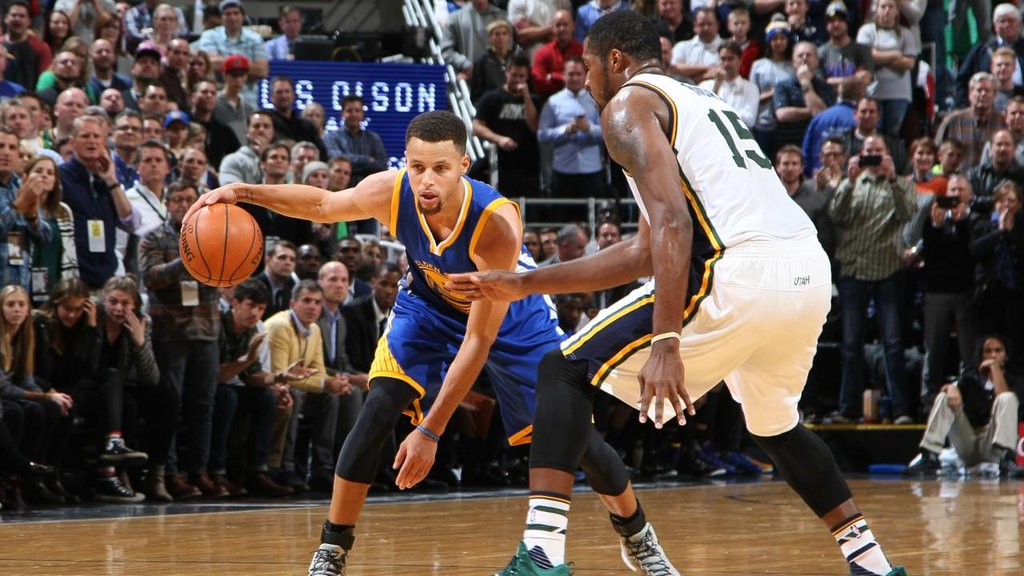 The Utah Jazz gave the Golden State Warriors everything they could handle Monday night, but thanks to some last-minute heroics from Stephen Curry, the defending champions extended their historic winning streak to 19 games with a tough 106-103 road victory.

Curry finished with a game-high 26 points.

The Dubs are playing without Harrison Barnes, who’s nursing a sprained ankle.

INJURY UPDATE: Harrison Barnes (sprained left ankle) will be re-evaluated in one week.

Curry provided a barrage of scorching shooting, scoring the team’s final five points among a 10-point outburst in the final 6:20, to secure a 106-103 victory that extended the Warriors’ record-breaking start of the season to 19-0. […] “When you’ve got the best player in the world on your team, you want him on the court as much as possible, but we trust in our bench, and we trust in the fact that we don’t want to overplay our players,” Warriors interim head coach Luke Walton said.

Walton resisted his urge to reinsert Curry into the lineup, even as the Warriors watched as an 11-point, third-quarter lead evaporated midway through the fourth. Curry was finally beckoned to the scorer’s table with the Warriors trailing the Jazz 90-87 and 6:36 on the clock. […] Sixteen seconds later, Curry made a game-tying three-pointer. After being a spectator at the end of four consecutive blowout wins, Curry had a variety of clutch moments stored up for a game decided by the smallest margin all season.

Curry finished with 26 points, six rebounds and five assists. Klay Thompson (five rebounds) and (Draymond) Green (nine rebounds and seven assists) each added 20 points. The Warriors also got 12 points from Ian Clark, nine from Shaun Livingston and eight from Festus Ezeli — all off the bench.