Warriors Take Down the Blazers in Game 1 (VIDEO) 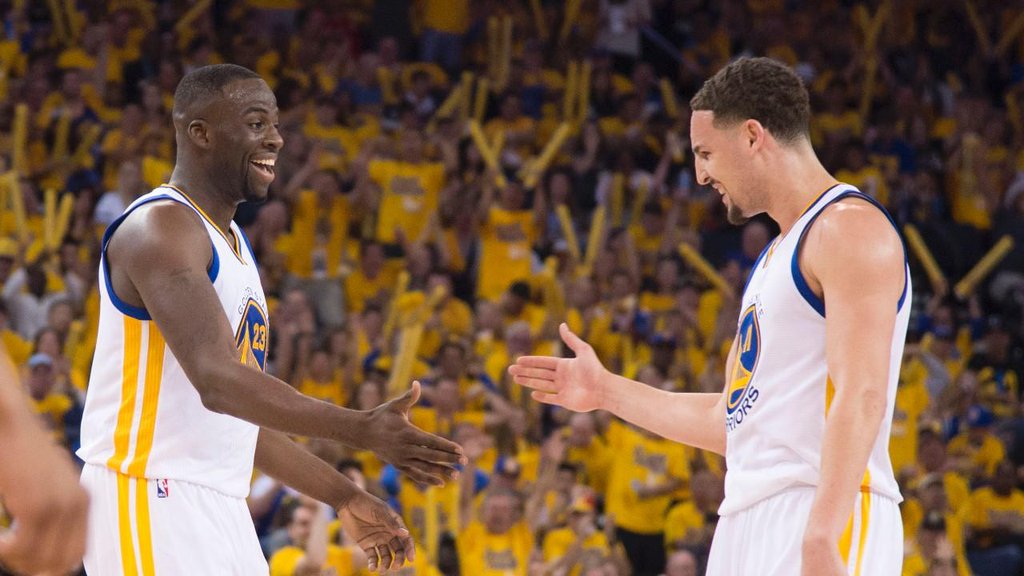 No need to hurry back, Stephen Curry.

The Golden State Warriors are doing just fine without the MVP, as they took care of the Portland Trail Blazers 118-106 Sunday in Game 1 of the Western Conference Semifinals.

Draymond Green had a triple-double and Klay Thompson added 37 points in the convincing victory.

“Everything has to be racheted up,” said Green, who posted his second career postseason triple-double with 23 points, 13 rebounds and 11 assists for the defending champions. “I just told the guys that we’ve got to come out with a defensive mindset.”

The offense happened on its own, with all five starters scoring in double figures. […] Thompson hit seven more 3-pointers to become the first player in NBA history to make at least seven 3s in three straight playoff games.

Thompson hit a Curry-esque 30-foot 3-pointer in the opening minutes followed by another jumper to put Golden State up 10-2, and the Warriors ran with it from there. Thompson scored 18 of his points in the first quarter on 7-for-10 shooting with four 3s as Golden State built a 37-17 lead. […] Damian Lillard had another slow start back home in the Bay Area, missing 11 of his first 13 shots before finishing with 30 points — 10 on free throws. Thompson had the tough chore of stopping him.