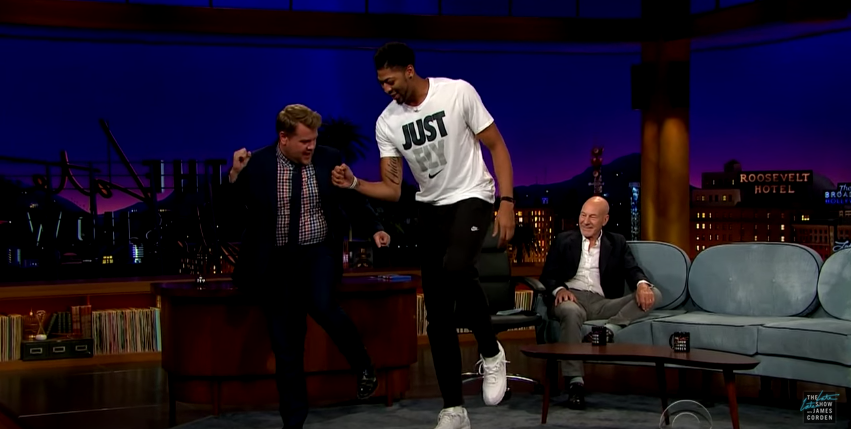 Hanging w @SirPatStew at the @latelateshow… make sure to tune in or set those DVRs, we talking #NBA2K16! pic.twitter.com/vR5RnHAwvR

Davis also addressed his massive new contract; discussed his infamous Brow; talked about turning down “Dancing With the Stars”; and taught the late-night show’s host how to Whip/Nae Nae.