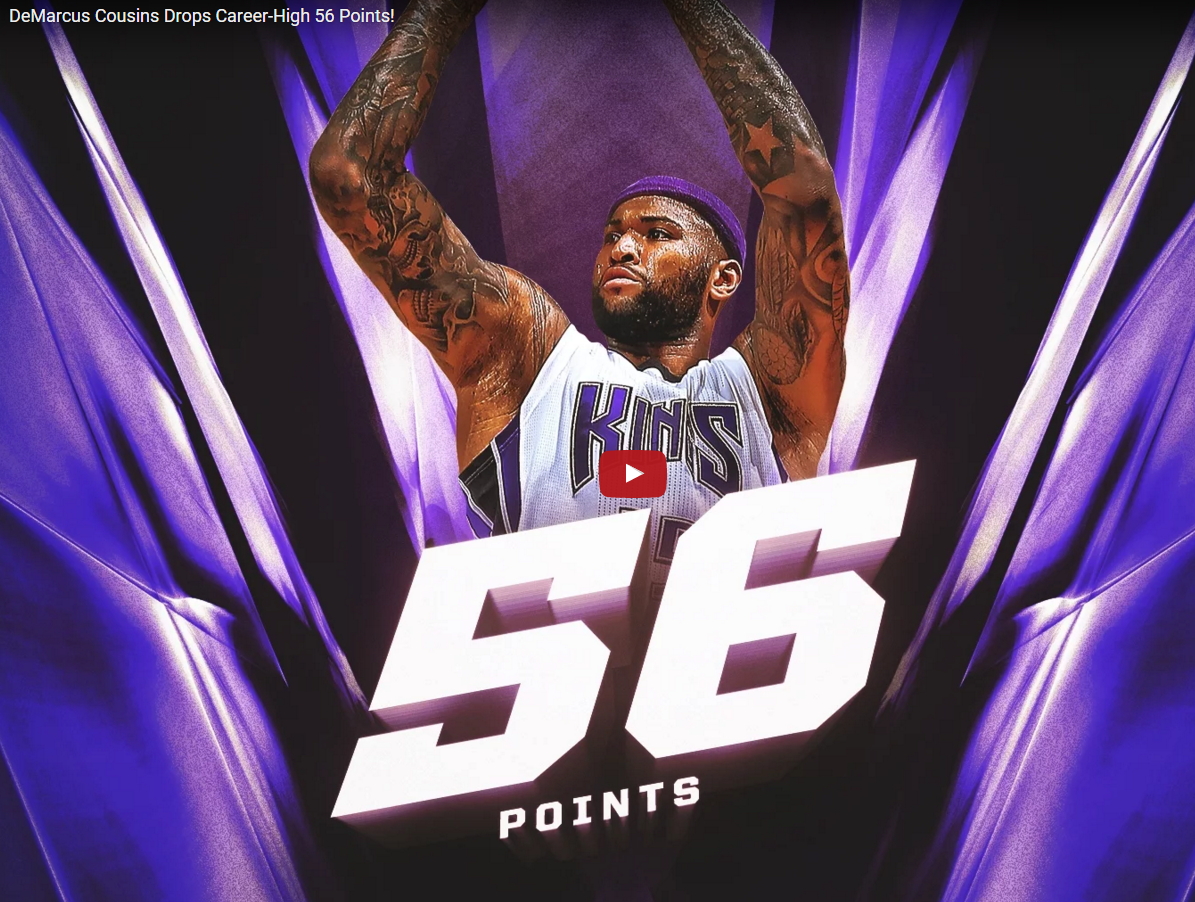 DeMarcus Cousins remains on a major scoring tear—the All-Star center set a franchise record Monday night by dropping 56 points, but it still wasn’t enough for the Sacramento Kings, who went down to the visiting Charlotte Hornets 129-128 in double-overtime.

Troy Daniels scored a career-high 28 points for the Hornets, including the game-winning three-pointer.

DeMarcus Cousins set a franchise record for scoring with 56 points before fouling out. Chris Webber held the previous record of 51, set Jan. 5, 2001. […] “I don’t care,” Cousins said of the record. “I’m trying to win a game.”

The Kings blew a 22-point lead in a loss at Charlotte on Nov. 23. This time they wasted a 17-point first-half lead, surrendering a Charlotte record 20 made three-pointers in a record 44 attempts. […] The final three was from Troy Daniels, who made a 27-footer in the second overtime to win the game.

Cousins took the blame for the third quarter as the man he was defending, (Spencer) Hawes, made all four of his three-point attempts. […] “I think it was more on me,” Cousins said. “I let Hawes get some momentum in the game and he hit a couple threes in a row. That’s what kind of changed the game and gave them some life.”