WATCH: Dirk Nowitzki With a Tearful Goodbye to German Fans 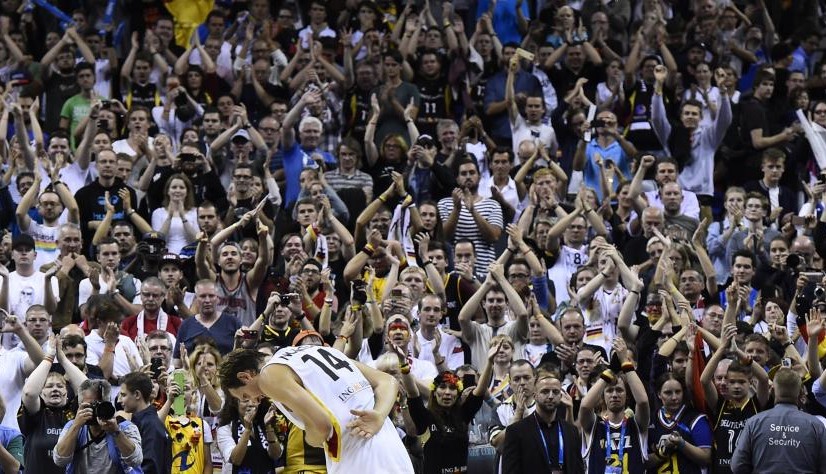 In what was likely his final international game Thursday, Dirk Nowitzki exited to a raucous ovation from fans in Berlin, bringing the big German to tears.

Nowitzki and Team Germany were booted out of EuroBasket 2015 by Spain, in a 77-76 nail-biter.

Dirk, 37. had briefly un-retired from national team duties to help his country play host for the tourney.

(Rough translation: “Thank you for the great support this week. Thanks for the great farewell. The moment I’ll never forget. It has always been an honor.”)

Moments after the final buzzer, the 13,600 fans who witnessed Germany’s agonising defeat to Spain on Thursday night were in silent agreement that this was Dirk Nowitzki’s last ever appearance in a Germany jersey. […] “Well, I thought so,” Dirk said late on Thursday night.

“But now, I’ve heard that there is a chance [for Germany] to get a wild card to host a pre-Olympic tournament. So we’ll just have to wait to see, or come back together next summer and talk about it. […] But for me, in my head, at the end, that was it. That’s why I got emotional. I was exhausted, I left it all out there and we couldn’t come through, so it was very disappointing.”

“I was just thankful for the crowd, I am sure I didn’t have a great tournament as everybody was expecting, or myself even,” he said almost apologetically. […] “But for them to acknowledge me and respect me the way they did, cheering my name… That meant a lot to me and I got emotional out there. It was just a fantastic moment in my career and I will always remember it.”