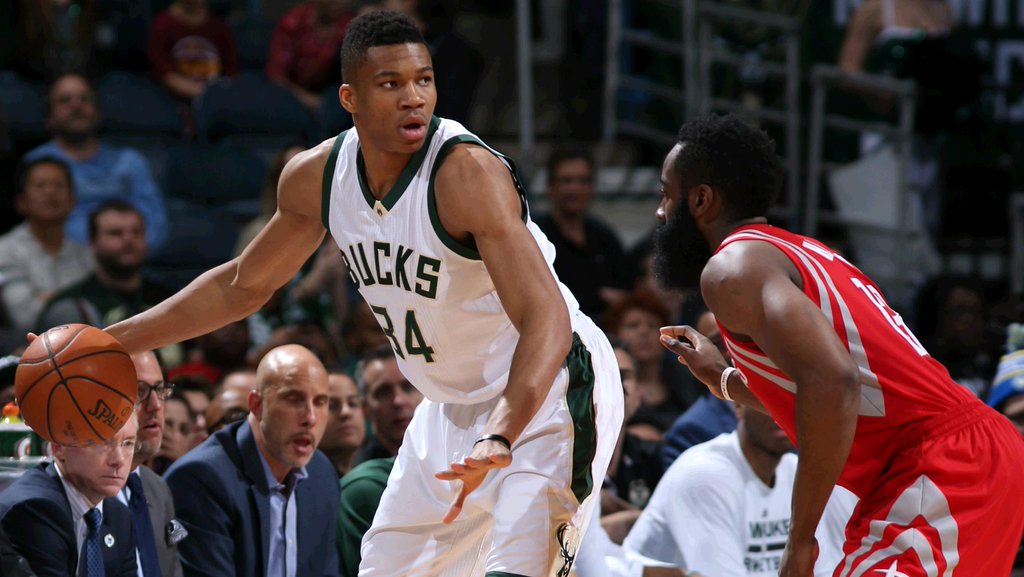 A week after getting the first triple-double of his career, Giannis Antetokounmpo messed around again Monday night to the tune of 18 points, 17 rebounds and 11 assists.

Jabari Parker pumped in a career-high 36 points in the Milwaukee Bucks’ 128-121 win against the visiting Houston Rockets.

Amazingly, Parker made his first three-pointer of the season last night.

Parker scored a career-high 36 points for the Bucks, who nearly blew a late 13-point lead after the Rockets pieced together a 9-0 run. Khris Middleton had 30 points, and Giannis Antetokounmpo recorded his second career triple-double with 18 points, 17 rebounds and 11 assists. […] Milwaukee’s young core stood up to the Rockets’ rush. Dwight Howard had 30 points and 13 rebounds for Houston, and Trevor Ariza finished with 20 points and 11 assists.

“Even though we gave up a lot of points tonight against a team that scores a lot of points, we got stops when we had to and we built a lead,” Bucks coach Jason Kidd said.

Parker, in particular, has been playing well of late, averaging 22.8 points since the All-Star break. He attended the weekend festivities to take part in the Rising Stars Challenge featuring the game’s top young players. […] Any lingering doubts about whether Parker was completely over a left knee injury that sidelined him for much of the 2014-15 season have been completely erased.