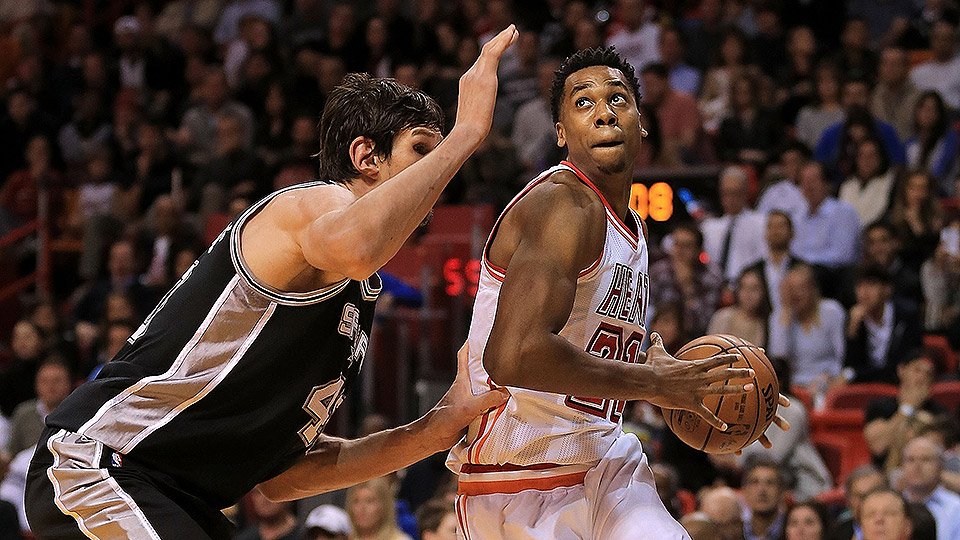 With Hassan Whiteside gone from the game early in the fourth quarter Tuesday night, the Miami Heat could not catch up to the visiting San Antonio Spurs, going down 119-101 for their second loss in a row.

Whiteside elbowed Spurs center Boban Marjanovic as they battled in the paint, and was hit with a Flagrant 2 foul resulting in an immediate ejection.

The Heat know they have a lot of ground to make up in order to reach the Spurs’ level of play.

“Right now that’s a different level of basketball than where we are, right now,” Heat coach Erik Spoelstra said. “But that doesn’t mean that can’t change.”

“We’ve said we’re not there yet,” Heat guard Dwyane Wade said. “We know that. We’ve got to get more consistent.” […] Wade led the Heat with 20 points on 9-of-12 shooting and Chris Bosh added 18. But with LaMarcus Aldridge scoring 28, Kawhi Leonard 23 and Danny Green 15, the Spurs had more than enough to offset their injury absences of Tim Duncan and Manu Ginobili.


“That’s something that we’ll deal with, with Hassan,” Spoelstra said. “We don’t condone that kind of play. We’ve been through this with him before, but it’s a disappointing play. That’s not a basketball play.” […] Heat officials encouraged Whiteside to leave the locker room before media arrived, with Whiteside therefore unavailable for comment.