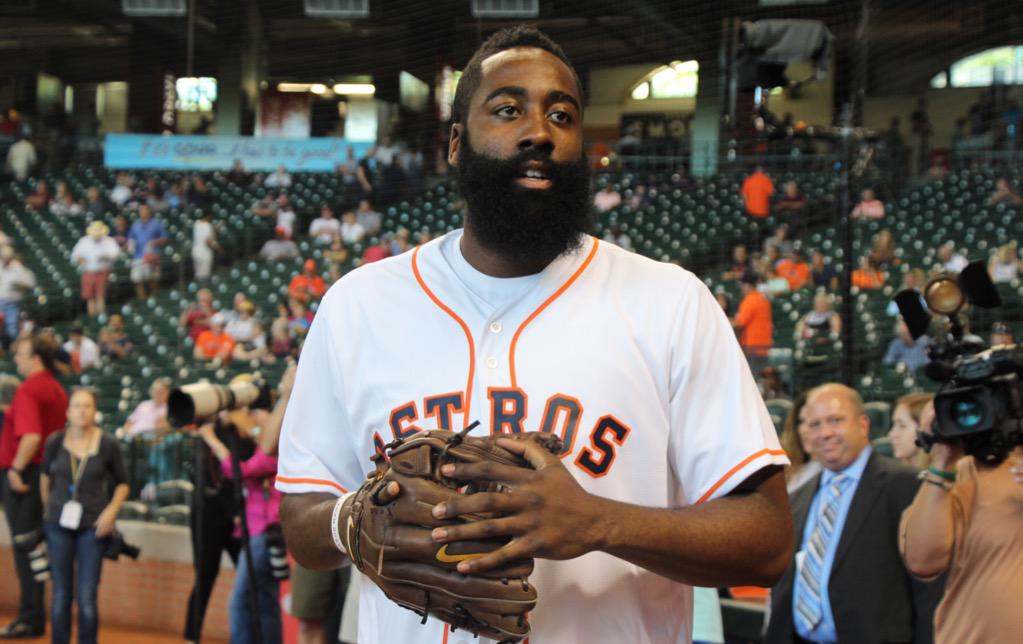 With Michael Carter-Williams’ disastrous attempt at a first pitch fresh on his mind, James Harden dug deep Wednesday, and delivered a perfectly adequate throw to homeplate.

Harden was on hand prior to the Houston Astros’ game against the visiting LA Angeles, a 6-5 win for the road team.

The Beard on the mound throwing out the first pitch at today's Astros game. https://t.co/jgWCLxBFDt

.@JHarden13 takes in some #SeptemberBaseball as @Angels and @Astros chase #postseason dreams. pic.twitter.com/oBCpVjk5zp

Harden admits that he didn’t throw a strike.

“I’m going to try not to throw a ball or hit a cameraman,” he said before a quick meeting with Angels star Mike Trout and a few tosses to loosen his left arm. “I’m pretty confident I can throw a strike, or at least throw it straight.”

Harden did not quite catch the bottom of the strike zone before his fellow lefthander and “beard brother” Dallas Keuchel scooped his toss out of the dirt behind home plate. But he did nothing to place his pitch with the many of embarrassingly errant first tosses never to be forgotten.

“To be honest, it was a ball,” Harden said. “It felt good. That’s all that matters. I didn’t hit anybody. I didn’t hit a cameraman. I’m happy about that. […] It’s always an honor, being back in Houston, the Astros are doing really well right now. There’s so much love and support in the City of Houston.”