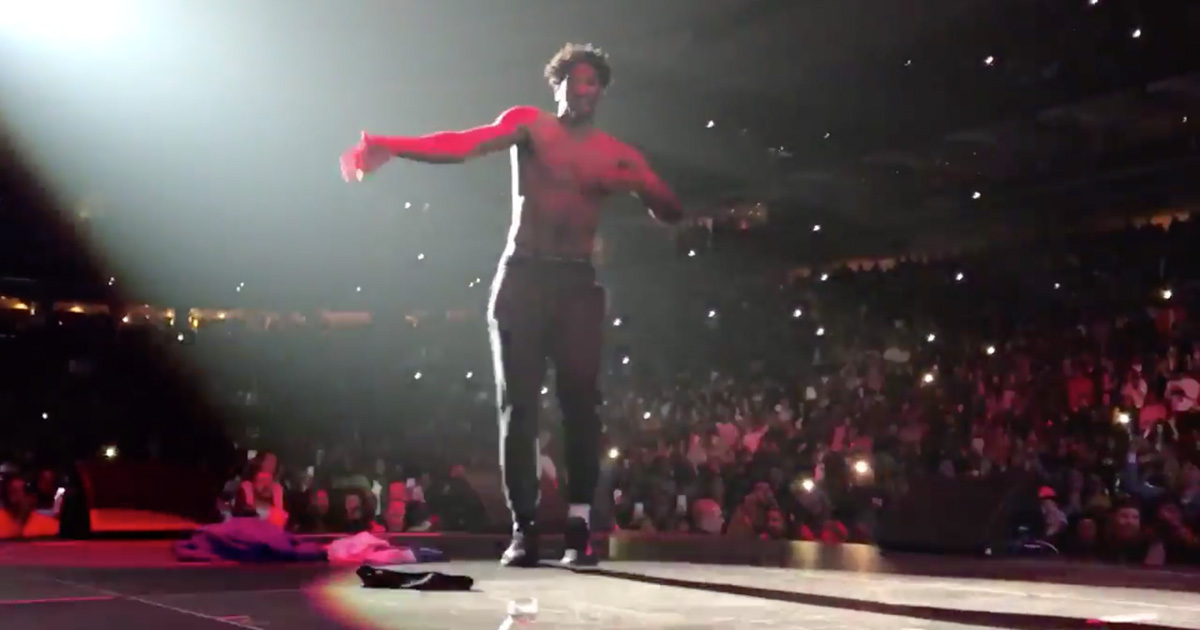 Joel Embiid had the crowd going crazy at the Wells Fargo Center on Friday, but not for his play on the court this time.

Embiid took the stage during Meek Mill’s concert, where he took off his shirt and danced to Future’s “Wicked”.

In related news, Embiid’s injured left knee—which has forced him to miss 11 of the Sixers’ last 12 games—is looking pretty good.

RELATED:
James Harden on Joel Embiid: ‘He’s Probably The Most Skilled Big Man in This League’