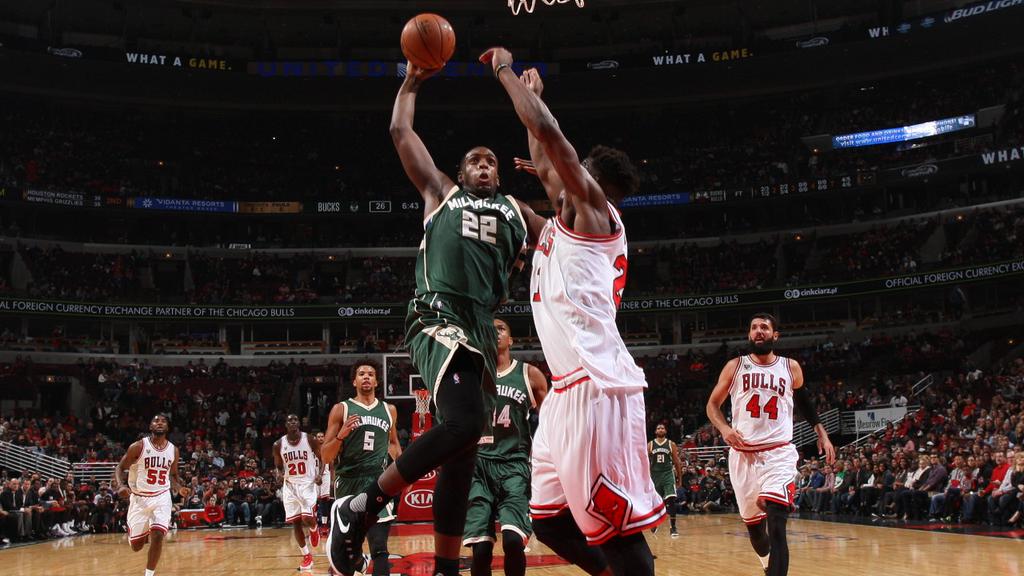 After stealing the rock from Jimmy Butler in the Bucks-Bulls preseason duel Tuesday night, Khris Middleton delivered a big-time jam in Butler’s grill.

Chicago got the 105-95 win, however, and Butler led the way with 23 points and six assists in 25 minutes of action.

Middleton says he remembered Butler embarrassing him in the 2015 NBA Playoffs.

Per the Journal Sentinel and Chicago Tribune:

“He’s a great player,” Middleton said of Butler after they renewed their matchup from last season’s playoffs. “In the back of my mind, he got me two times last year just blocking my shot, so I knew I had to go strong (for the dunk). […] When somebody embarrasses you like that in the playoffs, you’re going to remember it, especially when you’ve got your parents, your friends talking about it.”

On a night Derrick Rose and Mike Dunleavy sat with injuries and Pau Gasol, Kirk Hinrich and Taj Gibson rested, there was Butler, working his two-way talents into his typical froth at both ends. That included initiating offense in pick-and-roll situations in coach Fred Hoiberg’s debut and hustling back to try to block Khris Middleton’s dunk attempt to no avail in a spirited duel between those two. […] “He’s such a complete player,” Hoiberg gushed. “He’s very coachable. He has been phenomenal.”

As for Butler, he consistently has stated his desire to add leadership to his already full plate throughout training camp. […] “I have to do it,” Butler said. “I think Derrick is the quiet one. (Joakim Noah) is the emotional one. Someone has to be that guy to be calm and lead while still producing at both ends. Easy? Probably not. But somebody has to do it. I have to do it.”