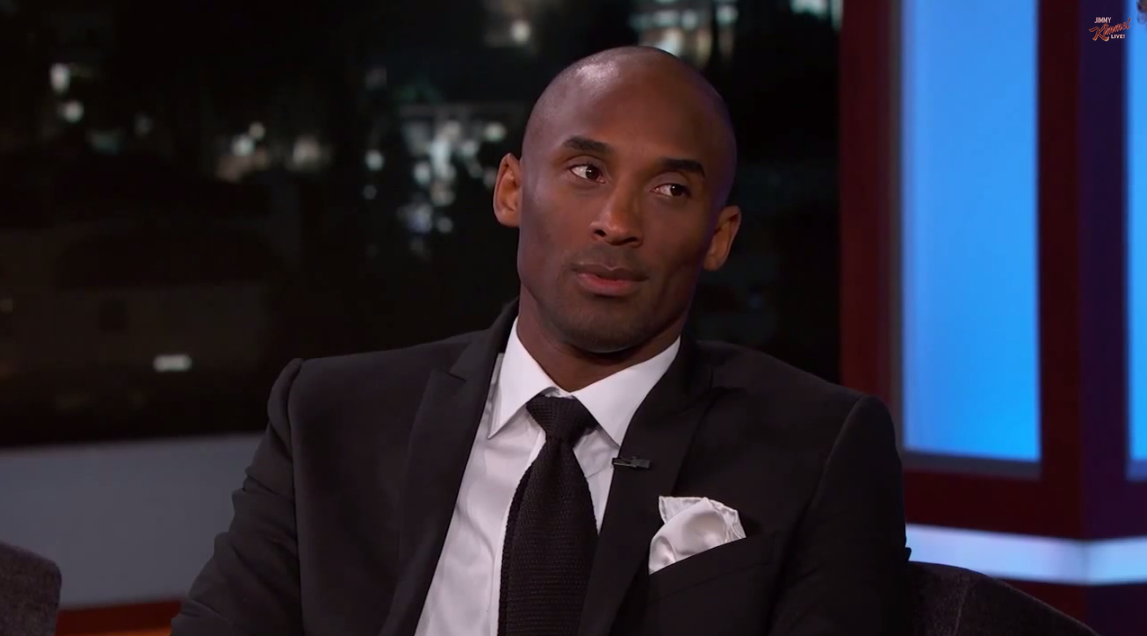 The (14-41) Los Angeles Lakers recently snapped a seven-game losing streak by beating the nearly-equally abominable Boston Celtics in overtime, so naturally, Nick Young and company celebrated as though they’d won the NBA title.

Kobe Bryant was a guest on “Jimmy Kimmel Live” Monday, and was obviously (and hilariously) enraged watching his teammates’ goofy antics.

Bryant discussed his looming retirement, and promoted his upcoming documentary.

The Black Mamba then shared with Kimmel’s audience some advice he received from Bill Clinton and Michael Jackson.

Kobe Bryant Blames the Media for Only Winning One MVP

Kobe Bryant Says 2011 NBA Lockout Was ‘to Restrict the Lakers’

Kobe Bryant: ‘I Can’t Say This is the End of My Era’