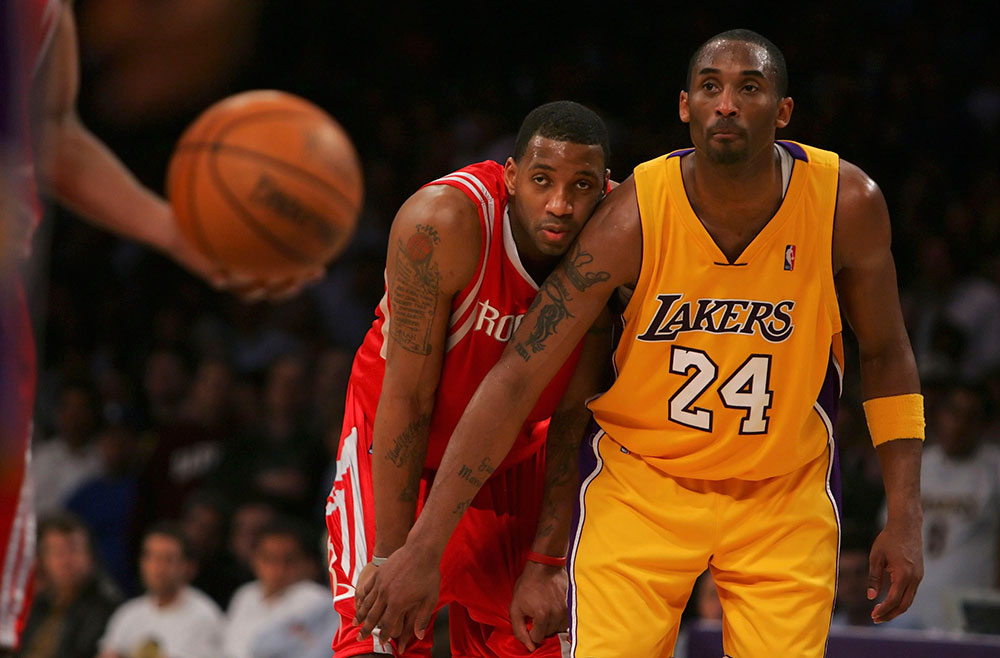 Back in the day, Kobe Bryant said that Tracy McGrady was the toughest player he matched up against. A rangy 6-8, with huge hands, T-Mac was a problem. He could do it all on offense, scoring from every angle. He was also a ready and willing passer. Kobe, of course, was Kobe.

When the duo lined up against each other, Kobe had the better record at 14-7. But it was always a battle.

Because it’s been a while since Mac has played and it’s been a few years since Kobe dominated, and it’s a slow day in the offseason, we had to take it back to 2007. In the video above, two of the best go at it, trading bucket-binges in a close game from a bygone era.