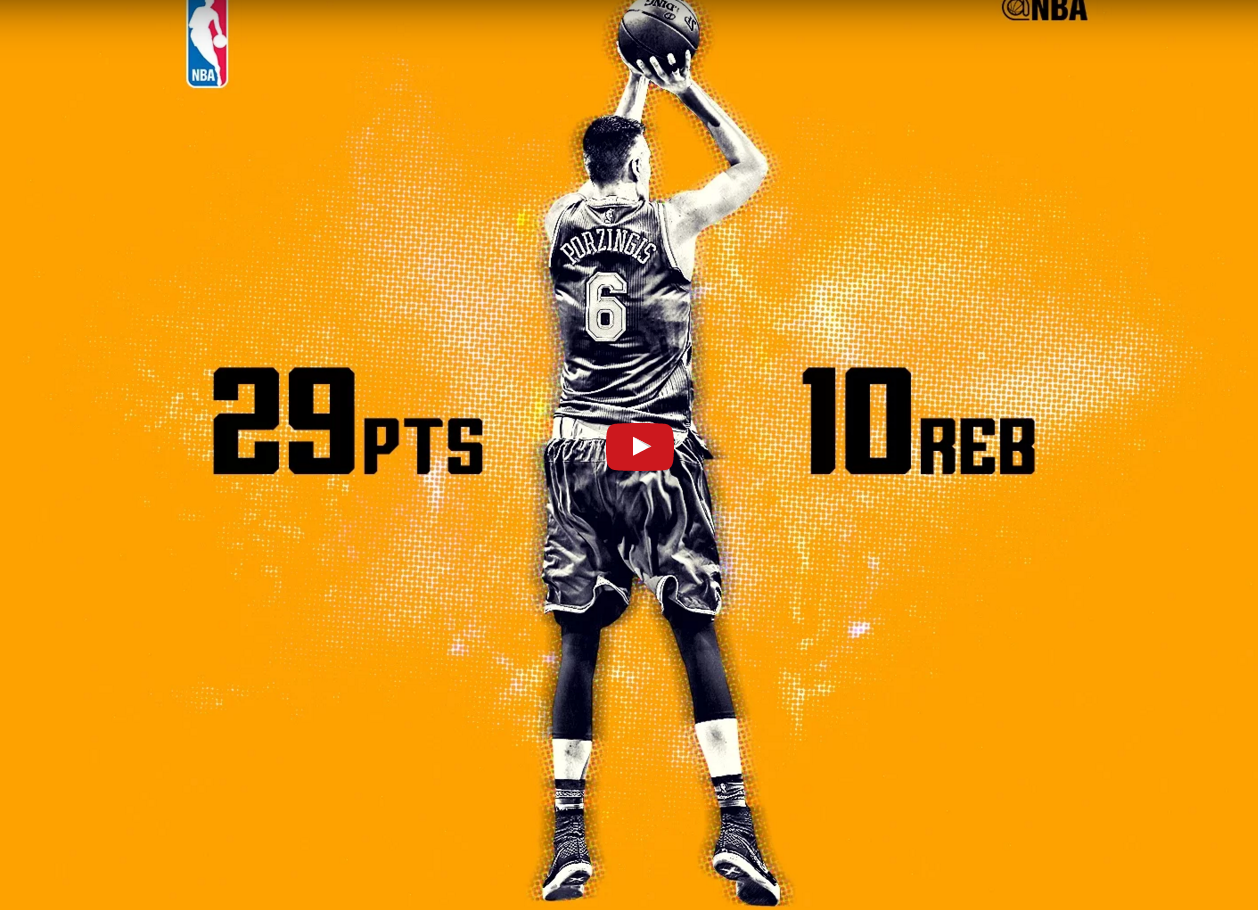 Nikola Mirotic led the losing side with a game-high 35 points.

Porzingis had recently hit the rookie wall, but played last night with his usual spring.

Porzingis tied a career high with 29 points and grabbed 10 rebounds, Carmelo Anthony added 24 points and the New York Knicks beat the Chicago Bulls 115-107 on Wednesday night. But Porzingis, the Knicks’ 7-foot-3 rookie center, nearly had a shaky — and embarrassing — start. […] “On the first dunk, I did not have my legs,” he said. “I almost missed it. I was OK physically and able to knock down shots. The ball was moving and I had some pretty good looks.”

Porzingis was one point short of becoming the first rookie since Patrick Ewing to put up 30 points and 10 rebounds in one game for the Knicks. […] “I looked up at the scoreboard in the fourth quarter and saw how many (points) I had, but I didn’t know about the record,” Porzingis said. “I don’t want to force up a shot just to break a record.”

Bulls forward Jimmy Butler, who was held to just seven points on 3-of-11 shooting, disagreed with coach Fred Hoiberg when he said the Bulls were outworked. He put the blame on his own shoulders. […] “I see other things wrong, but that’s what he is supposed to say,” Butler said. “He’s supposed to say it’s a team thing. I don’t think right now, I know this is a team game, but if one of your so-called best players is not doing what their supposed to do, that’s what is going to happen. You’ve seen the way I’ve been playing lately. It’s sad. My teammates won’t say it, my coaches won’t say it.”