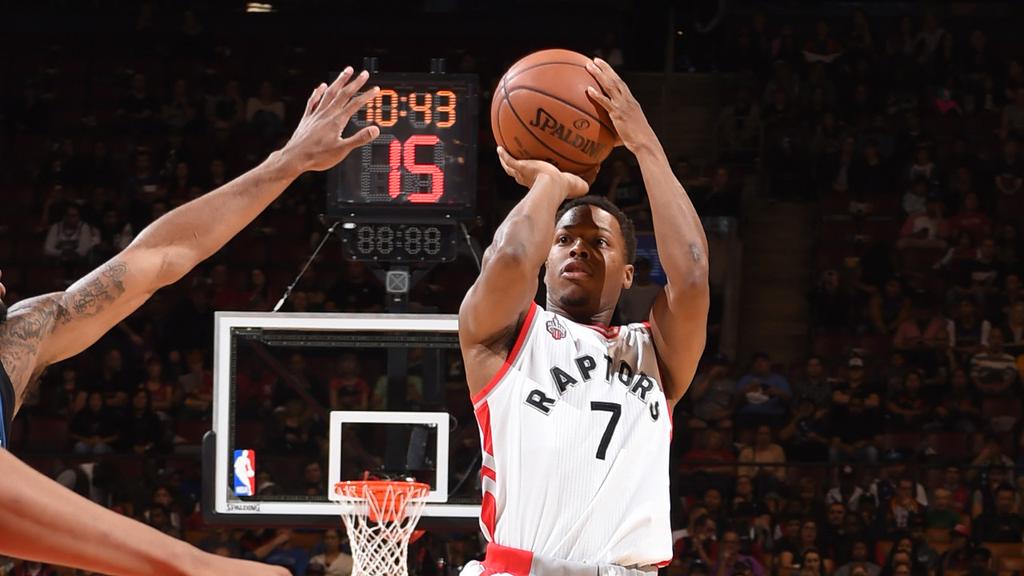 A slimmed-down and motivated Kyle Lowry has been on a tear during the preseason, and he broke Vince Carter’s team record for the most points in an exhibition game Monday night, hanging 40 points on the visiting Minnesota Timberwolves.

Lowry needed just 28 minutes to get his numbers.

“He was hot as a firecracker. We aren’t running a lot of plays for him, but the ball is finding him,” Raptors head coach Dwane Casey said. […] Only Vince Carter (38 points) had ever topped 35 in a pre-season contest, but Lowry caught fire in the third quarter, adding 18 points, to his first-half total of 22. Lowry 6-of-7 three-point attempts, before missing a couple of heat checks later on.

Not that he was impressed. […] “Not a damn thing,” was Lowry’s response after he was informed about the accomplishment. “It’s only pre-season … for me, it’s about maintaining. Start off well, finish well.”

The point guard, so disappointed after playing some of the worst basketball of his life during Toronto’s playoff sweep at the hands of the Washington Wizards last May, is in great shape and it has carried over to the court. […] Lowry’s absurd pre-season line so far: 91 points in 75 minutes on 28-41 shooting (including 11-for-17 from three), 11 assists and five turnovers. Lowry was an all-star last season, and if he posts numbers anywhere close during the regular season as he has in the exhibition contests, he’ll be one again, this time at home.