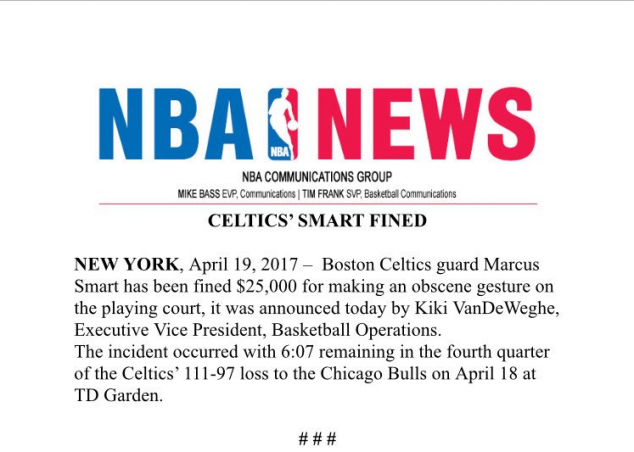 Celtic guard Marcus Smart exchanged words with a fan after he missed a three-point shot late in the fourth quarter of Boston’s 111-97 Game 2 loss to the Bulls.

A closer look clearly shows Smart also flipped the bird before pointing in the fan’s direction and putting his finger to his lips.

Smart let his frustrations get the better of him, and he could be looking at a fine as a result.

Stevens on Marcus Smart: "Obviously if he made a gesture it's unacceptable."