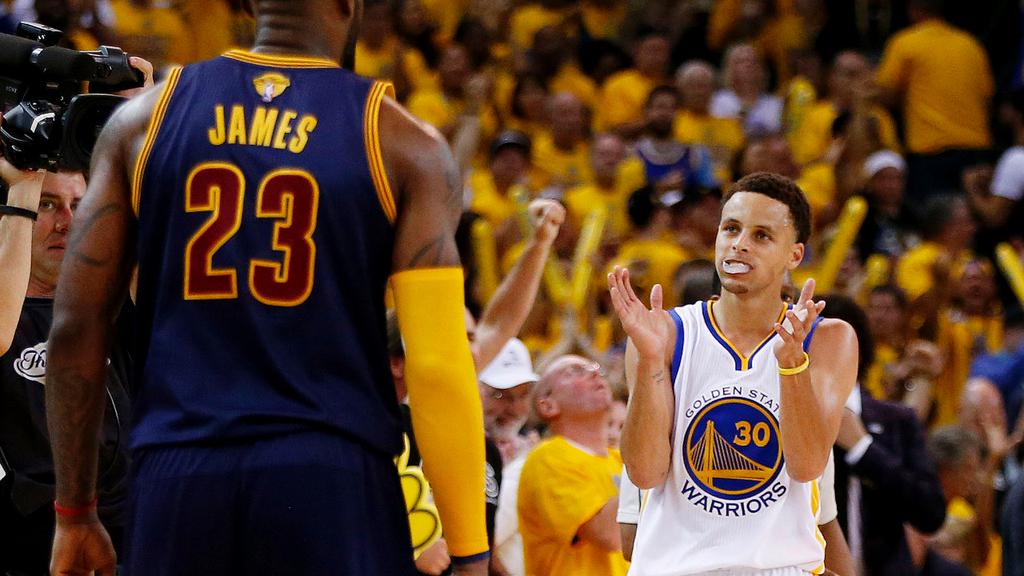 The folks at NBAE, despite an unexpected setback, are once again putting together these fantastic mini-movies after each Finals game.

Things look dicey for the Cavs going forward, with injured Kyrie Irving’s status now up in the air.

James shot 18 of 38 from the field and had eight rebounds and six assists in 46 minutes. But the four-time MVP missed a long jumper at the end of regulation, and Cleveland missed its first eight shots of overtime — and 12 straight going back to the fourth quarter. […] “We got to do more around him,” Cavs coach David Blatt said.

With Kevin Love already out, the Cavs obviously need Irving. He missed two games in the Eastern Conference finals because of knee and foot injuries and sounded unsure of his status for Game 2 on Sunday in Oakland. […] “Obviously you can see in the tone of my voice I’m a little worried,” said Irving, who buried his head in his hands at his locker and left on crutches.

Klay Thompson, who wasn’t cleared to play until Tuesday after suffering a concussion last week, scored 21 points and (Andre) Iguodala added 15 points for a Warriors team that started slow but closed with a flurry. […] “That’s what we’ve been doing the whole year,” Thompson said, “wearing down teams.”