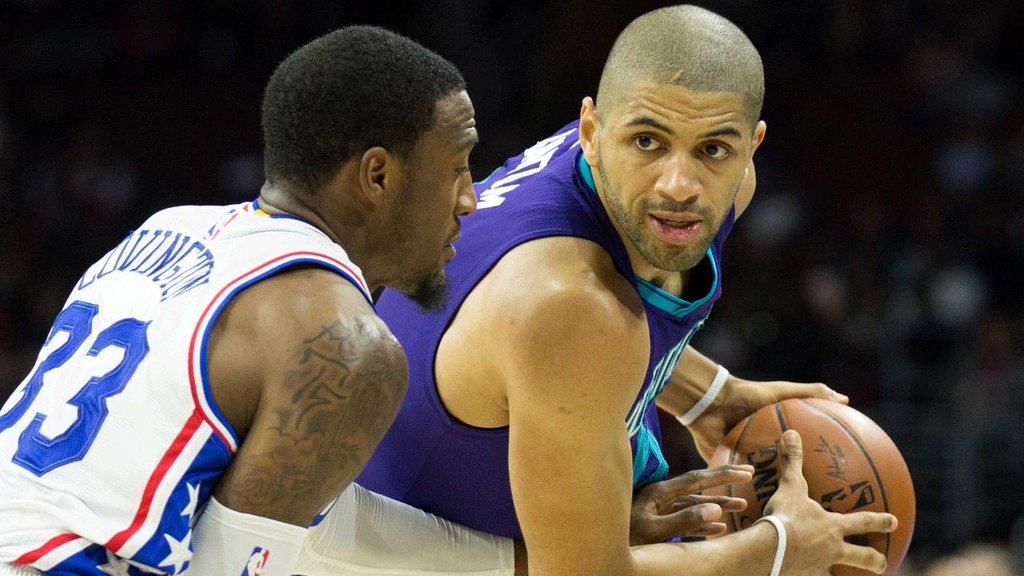 Playing against the hapless Sixers is a pretty surefire way to pad one’s stats, as Nicolas Batum discovered Tuesday night, notching his second triple-double of the season.

Batum finished with 19 points, 12 rebounds and a dozen assists for his second triple-dip of the season, helping lead the Charlotte Hornets to a critical 100-85 win in Philly.

This was the Hornets’ 13th win in the month of March, which is a franchise-best.

The Hornets, who entered the game in sixth place in the Eastern Conference, also inched closer to their first playoff spot in two years and just second postseason berth in the last 13 years.

“Right now we’re just preparing ourselves to be ready for (the playoffs),” Batum said. “We don’t play just to get into the playoffs. We’re trying to get ready to be effective in the playoffs and don’t just do one-and-done.”

“I think he showed why he’s one of the elite wings in the NBA,” Philadelphia coach Brett Brown said. […] Said Charlotte coach Steve Clifford, “Every time we needed a big play, he made it.”