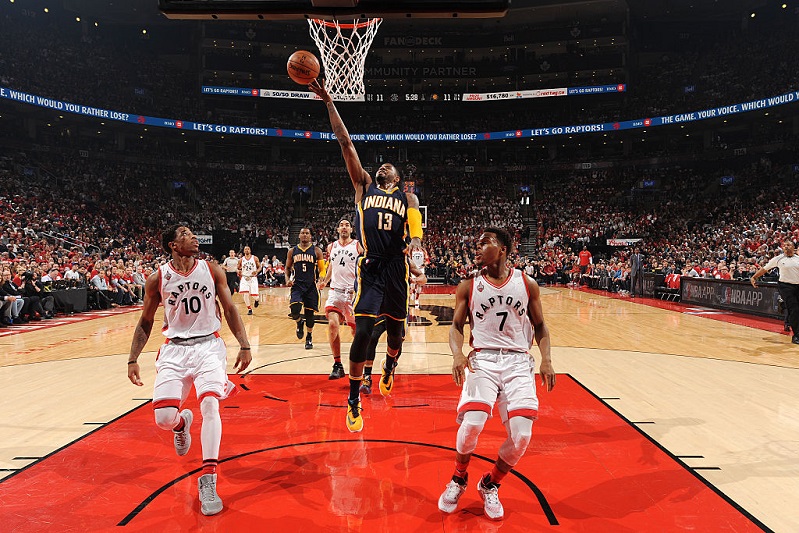 The Pacers aren’t favored to win their First Round match-up against Toronto, but it doesn’t look like anybody told Paul George. Shooting 12-of-22 from the field, George picked up where he left off in the regular season, guiding Indiana to a 1-0 advantage in this best-of-7 series.

Some film and focus combined for a stellar second half as PG led the @Pacers over the Raptors in Game 1. #Pacershttps://t.co/ooXzta1erb