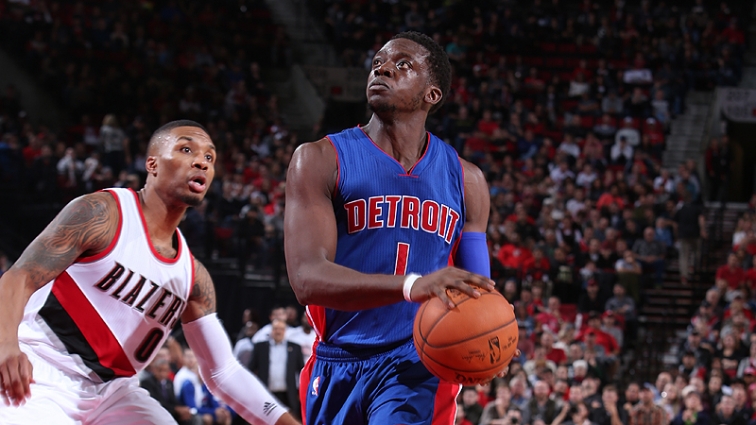 The (5-1) Detroit Pistons stormed back Sunday night to stun the Portland Trail Blazers 120-103, as Reggie Jackson detonated for 40 points and Andre Drummond put up an absurd 29-point, 27-rebound statline.

Drummond also added three blocks and a pair of steals.

Jackson was struggling with nine points on 4-for-13 shooting against the Trail Blazers. And it looked bleak when the Pistons trailed by 13 entering the fourth quarter. […] “I told him he needed to step it up and take over in this fourth quarter to help us win this game,” Drummond said.

Andre Drummond continued his early-season assault on the record books with 29 points, 27 rebounds, three blocked shots and two steals. Kentavious Caldwell-Pope scored 16 points, and he hounded All-Star point guard Damian Lillard into 1-for-6 shooting and three turnovers in the last quarter. […] The Pistons moved to 2-0 on their six-game trip and their 5-1 start is the best since 2007. It was also their first victory at Portland since March 2007.

“I told those guys that I’m really old; I’ve coached a long time, but I’ve never been part of a fourth quarter like that,” Pistons coach Stan Van Gundy said. “I’ve seen turnarounds, but not like that. It was incredible. We went from not being able to stop them at all to stopping them on all of their possessions and scoring every time down the floor.”