WATCH: Warriors Beat the Spurs for Win No. 70 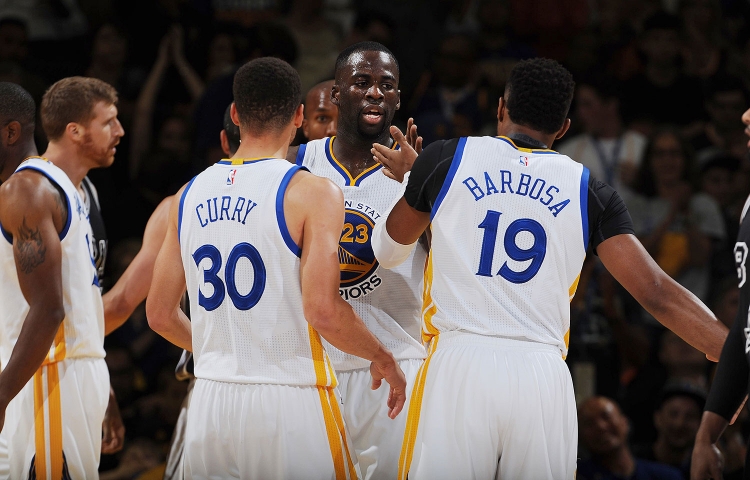 So much for resting his stars—Gregg Popovich had everyone in uniform Thursday night for a huge showdown in Oakland, and it didn’t matter.

The Golden State Warriors held off the visiting San Antonio Spurs 112-101, and became only the second team in NBA history to reach the 70-win mark.

Stephen Curry led the way with a game-high 27 points.

The #Warriors become the 2nd team in @NBA history to win at least 70 games in a single season 👌 #DubNation pic.twitter.com/8nIYM4jJ3w

The Dubs now must win three in a row (including one in San Antonio this Sunday) to reach 73 Ws.

A couple of hours after head coach Steve Kerr channeled “Animal House” to jokingly call his team’s recent performance “fat, drunk and stupid,” the Warriors were agile, engaged and savvy in their 112-101 victory over the Spurs on Thursday night at Oracle Arena. […] The Warriors (70-9) won a historic regular-season matchup to become the second team ever to reach the rarefied air of the 70-win mark.

It’ll take a sweep of their final three regular-season games —Saturday at Memphis, Sunday at San Antonio and Wednesday at home against Memphis — for the Warriors to break the 1995-96 Chicago Bulls’ NBA season record of 72 wins. […] “I told the guys afterward what an incredible accomplishment it was, no matter how many wins we end up with,” Kerr said. “To compete night after night at such a high level and with such great effort, it’s an amazing accomplishment. What we’re trying to do is that much harder than what the Bulls did in 1996. In ’96, we had to get 70. We’ve got to get to 73. In an 82-game season, three games is huge. This is a monumental task, if that’s what we’re calling it.”

The Warriors were led by Stephen Curry, who had 27 points and nine assists, and Harrison Barnes, who had 21 points to give him a career-best, nine-game streak of scoring in double figures. Draymond Green added 18 points, seven assists and six rebounds, and Andrew Bogut had 11 rebounds and set the defensive tone on a stage that mimicked playoff hysteria. […] “We got, for lack of better terms, pissed off on how we played last game, and we wanted to come out and be able to have the opportunity to show we’re a team,” Curry said.