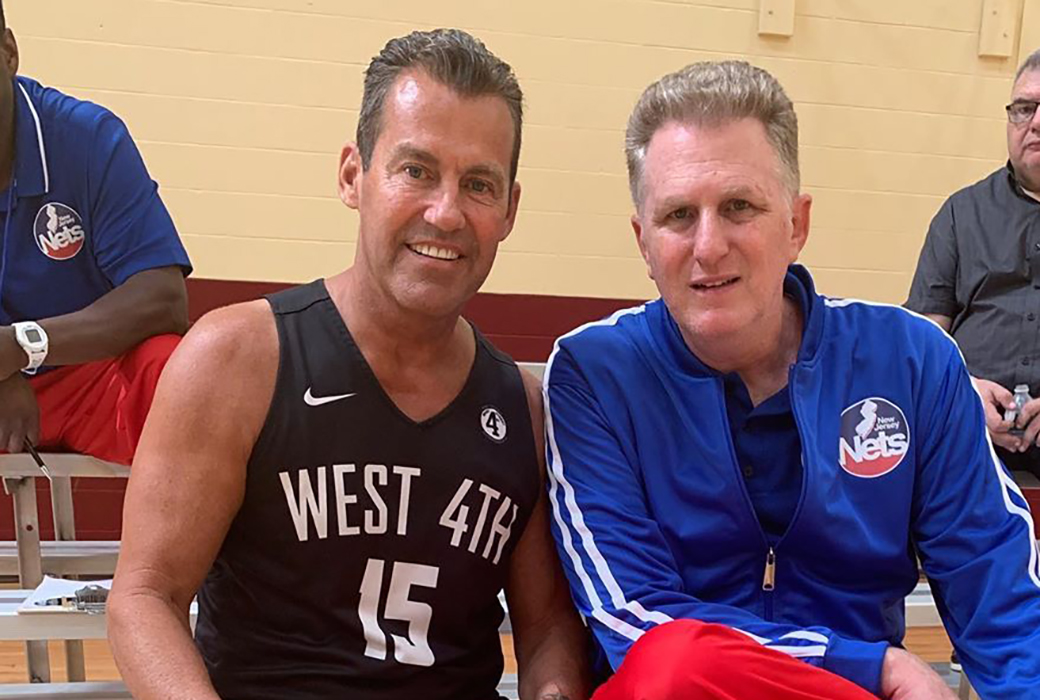 It starts out rough but this isn’t a sad story. This is a triumphant story about a man that made his mistakes and grew from them, grew up to heights that didn’t seem real during the lows.

Through all the valleys and peaks, Jack Ryan is just a kid from Brooklyn that’s never stopped playing the game, even though he’s 59 years old now. And the movie that’s coming out on October 30, Blackjack: The Jackie Ryan Story, shares a look at what he’s gone through, on and off the court.

“With the movie, it’s about finding your purpose in life,” Ryan tells SLAM. “Redemption through failure. Becoming a leader.”

Without giving too much away, Ryan details how the new movie chronicles the summer in his life that he had a tryout with the New Jersey Nets. He was a neck-breaking, shit-talking, hell-raising destroyer with the ball in his hands. His jumper was laser-made, able to scope out a swish from 30-plus feet out. His handles were AND1-like, but 15 or so years before that famous tour got going. He would embarrass his opponents, merging deadeye accuracy with ingenious yo-yo dribble moves. And he was the little white boy that could fly. He started dunking when he was just 14.

“In high school, we played Boys High and won the city championship,” the former John Jay HS graduate remembers. “I’m the only white guy in the gym. The coach is downstairs and he told me no more dunking because I would get technical fouls all the time. The place is packed. I’m the only white boy. Steam is coming out of my ears. I’m looking around, like, ‘Oh shit, I’m going to turn this shit up.’ I just started dunking the shit outta the basketball. There was a guy on the mic. Not every high school had a guy on the mic. There was a guy on the mic at Boys High that was yelling: ‘JackJack, please stay off the rims!’ Nobody else called me JackJack in my life.”

They mostly call him Blackjack and they know him for dominating the five boroughs for the last handful of decades, riding all around the city on his bike with a ball tucked by his side. He was the first white Harlem Wizard, he’s set three Guinness Records, he led the West 4th Street league in scoring at 50 years old and he’s performed all over the world as the Hoop Wizard, alongside his daughter, Morgan, for the last 16 years, entertaining kids with a ridiculous series of tricks.

“We’ve performed at so many NBA and college arenas,” he beams about his daughter. “She did her first halftime show when she was one. She waddled out, I taught her to squeeze the pen, I spun the ball off the pen. The place went crazy.

“The Mecca,” he continues about his favorite performance moment with Morgan. “Madison Square Garden. For the Knicks. Standing ovation. In the all the halftime shows that we did, she never jumped up into my arms. The place erupted and she just flew right into my arms and we walked off the floor. I had a fist up in the air and she had number one up in the air. That’s the greatest fucking picture. That was awesome. Just so happy, so proud.”

Those are the highs.

The movie shows the lows.

Before Jack got it all together he was falling apart. He was drinking a ton and being abusive to women, while also not taking advantage of the college scholarships he was able to earn. He stays honest and says that it was difficult for him to watch the movie because of how well Greg Finley played him.

“I called the guy Danny [Abeckaser] that did the movie,” Jack says. “I said, ‘I don’t want to watch this. I can’t believe everybody’s going to see this.’ He’s like, ‘Jackie, you’ve got to watch the movie. You changed your life.’ Now, all the scenes that are in there, they didn’t happen. But was I that type of person? Absolutely. I was a fucking cocky, asshole jerk. Self destructive, selfish, wanted to do it my way, wouldn’t listen to anybody, couldn’t listen to authority. Girls and drinking and not giving a shit about anything. It was tough to watch, man. I was a dick.”

His family has already seen an advanced version and his brother, Randy, mentioned that the movie doesn’t show everything he does for the youth these days and how many people he makes smile just by knocking down jumpers and spinning the ball on his thumb. But he’s grateful for the new flick and for the people that helped to bring his story to the big screen.

“Everybody was lovely,” he says. “The guy that played me, Greg, he invited me to his wedding. It was supposed to be last June but because of COVID it’s going to be next June. I talk to him all the time. David Arquette, he plays my father in the movie, he texted me the other day because he saw something cool with an old white guy beating up on the kids that he coached. He hit some shot. He was thinking about me and he sent me that. And Danny, the guy that did the movie, I’ve got to thank that guy. I’ve got a movie on my life. How many people can say that?

“What I really want to do with this movie is to be able to do speaking engagements,” he continues. “I’ve done a couple. Having the movie is going to help me even more to inspire people and help them find their purpose in life and become a leader.”