First impressions are everything, and today’s generation of hoopers know that.

“All players know you have a 15-second walk in front of a camera every game,” Mike Conley says. “Guys are constantly trying to come up with something that’ll catch the eyes of people.”

There’s a process that goes into the construction of every game’s outfit, and it all starts with the stylists grinding behind the scenes. And all the stylists we spoke with agree: the monthly in-person meeting with their client is where the magic happens.

“We talk about last month, what kind of coverage we’ve gotten, what kind of narrative is out there,” says Brandon Williams, who styles guys like Conley, Rudy Gay and Jeff Green. “We go through a fitting where I bring new pieces and I put it together with a whole, complete look. They get a whole look book for the month, every game, until I’m back again.” 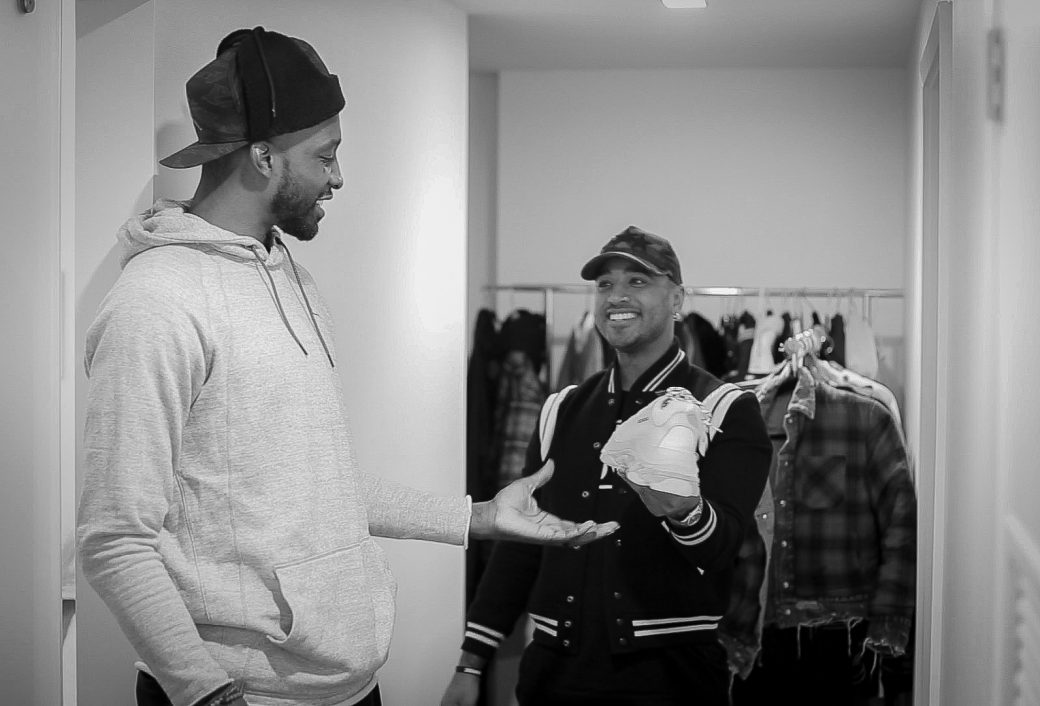 The decision-making process is generally collaborative—it’s not dropping off garment bags and dipping out. Vick Michel knows the importance of two-way communication as the stylist for Draymond Green, Denzel Valentine, Domantas Sabonis and Jahlil Okafor.

“I’ll bring eight, 10, 12 boxes. It’s not just ‘Make sure you wear this shirt and these pants…it’s gonna go and you’re gonna like it…’” he says. “They’re very blunt. They’ll tell me, Yo, Vick, This ain’t me. Alright cool, right back to the drawing board. I want them to feel comfortable, because if they don’t feel comfortable when they’re out, they won’t feel secure.”

Courtney Mays, who works with Chris Paul, Kevin Love and DeAndre Jordan, says being a stylist has given her intimate, personal moments that she’ll always remember.

“I cherish the moments that aren’t fashion-related,” she says. “The other day, we were in Houston playing Uno for three hours. It’s those moments, like when we’re rapping songs in the car on the way to events.”

In a sense, those non-work moments are contributing to work. All stylists say that cultivating an authentic relationship with their clients is a crucial part of their job.

“They’re all like my little brothers,” Mays says. “We’re in such intimate spaces with these guys. We’re with their families and children or significant others. It’s such a great opportunity to learn what they do like. 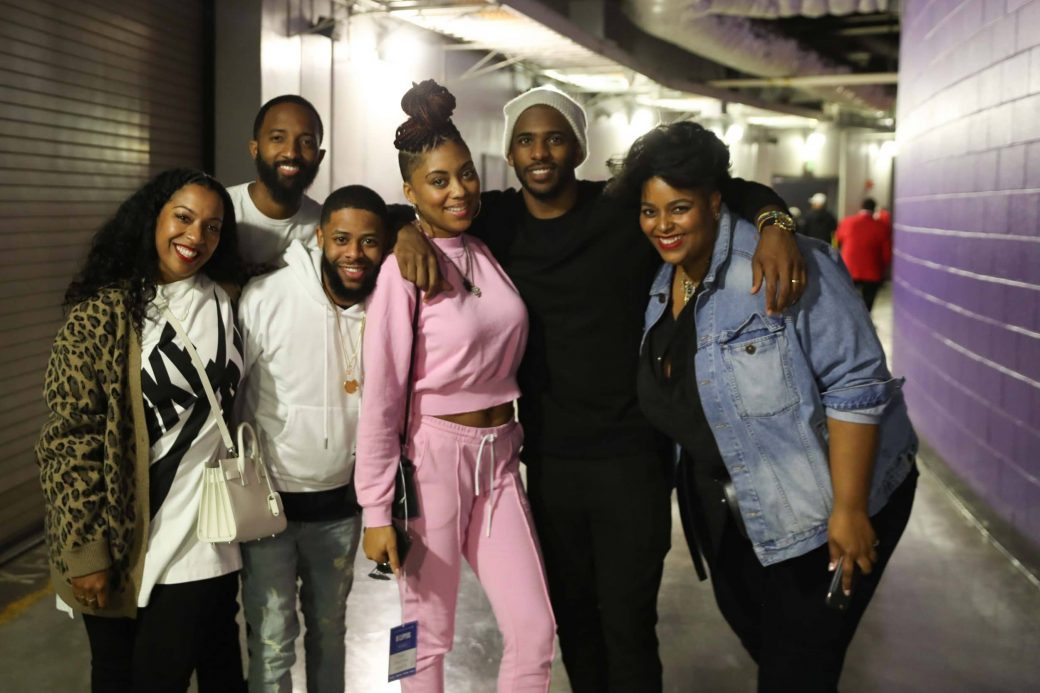 “I’m not interested in being a personal shopper and finding exclusive kicks that just came out. I want to build a relationship and build an image.”

“Chris Paul and Kevin Love both have really different styles,” Mays adds. “I know what they love, whether it’s the music they listen to or the interior design in their homes—colors, fabrics that they gravitate toward. I use that to create looks and build an image.”

For many players, discovering fashion has given them a new way to express their creativity off the court.

“A guy like DeAndre is recognized by Esquire because he has an interesting look that brings him other types of opportunities off the court that can bring him more revenue and exposure,” Mays says.

Draymond Green is known as one of the League’s most outspoken players on the court, and the clothing he wears on his way there is often equally loud.

“It says everything about you,” Green says. “It shows confidence, it shows taste, it shows the way you want to be viewed without saying a single word.”

Conley, who recently started the #ConleysCloset series on Instagram with Williams, notes that he’s known to be a more reserved, quiet personality, but is using his style as a way to connect with his fans.

“Mike wasn’t really recognized off the court,” Williams says. “Style has really put a set of headlights on who he is off the court as well. I think most guys really want to grow as men and fashion is a way for them to identify who they are.”

For Paul, his rise to becoming president of the National Basketball Players Association has required him to evolve his image through the years.

“A lot of his job off the court is more business-related,” Mays says. “He has to look that part.”

Fashion is more than just an outlet for self-expression and image management for Paul, though—it has also been a chance to send messages with intention. In October, Paul wore a shirt by Pyer Moss that read “STOP CALLING 911 ON THE CULTURE” that quickly made waves on social media.

“We’re trying to be more intentional about the statements that we’re making when it comes to fashion,” Mays says. “Fashion is great because you can use it to express so many ideas.”

The growth players like Conley, Paul and Jordan have experienced isn’t often immediate, but it’s all a part of the process.

“You have guys who say I don’t like floral, but then I bring a floral jacket and they’re like, Oh, this is dope! What can I wear this with?” Michel says. “You turn a negative into a positive. You gotta push limits the way they push your limits.”

Stylists visualize the execution of the outfits that fans see on game days and at other events, but they also serve as educators so players can take care of themselves when the time comes.

“[Michel] has helped out a lot, a lot with my style, with how to use my money when buying clothes and everything,” Valentine says. “He’s been a big staple in where I get my fashion sense from. One of the things, too, it’s not the brand—it’s how you put it together. Gucci down, head-to-toe, Louis down, head-to-toe, is not necessarily swag. It’s how you put things together.” 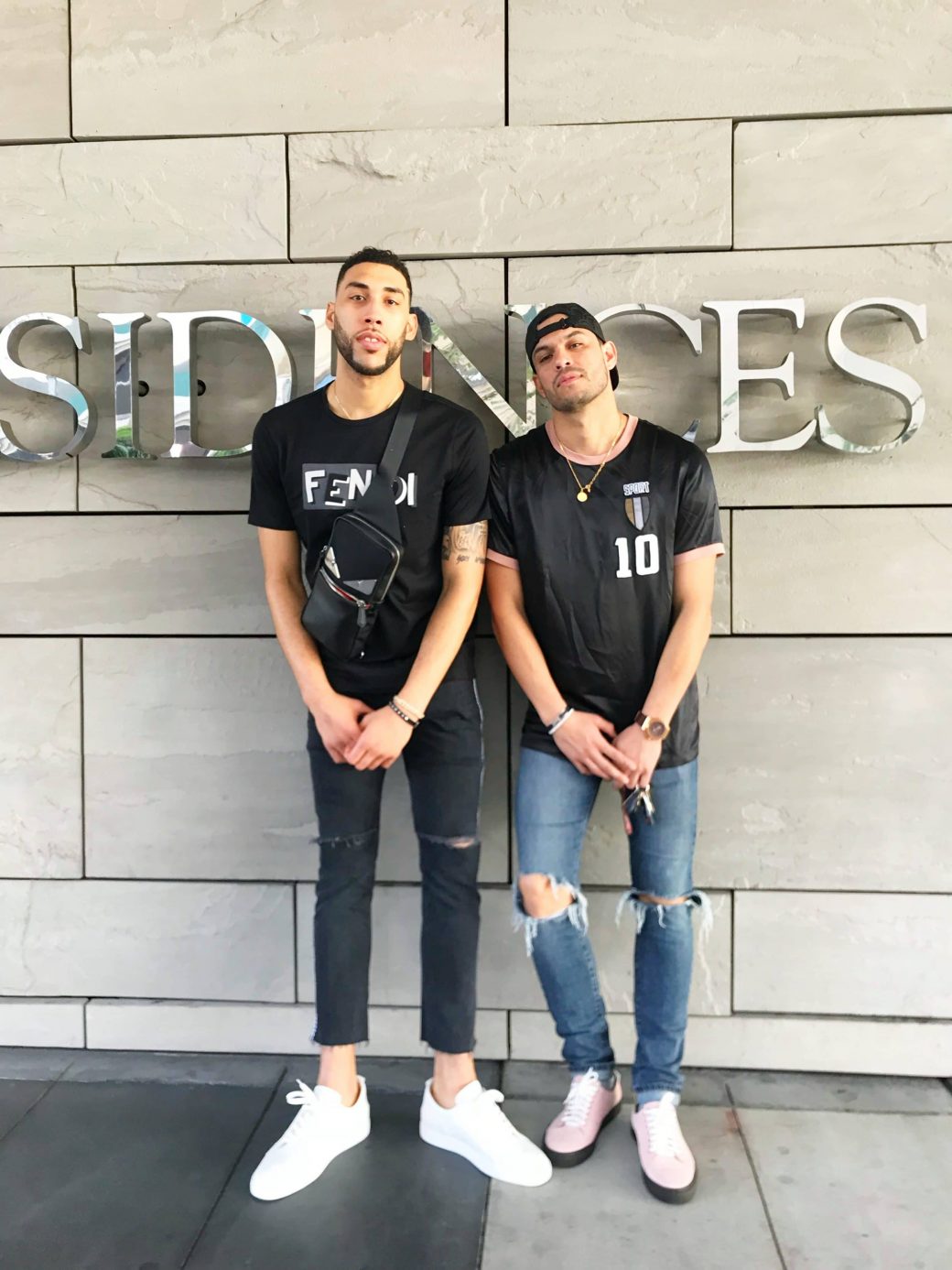 For many hoopers, that growth stylistically is one they pursue just as they pursue on-court basketball growth. Oftentimes, that means pushing the boundaries—especially following the days of school-supplied sweatsuits in college.

Some are more willing from the get-go.

“You gotta think about it: Draymond don’t care on the court. He’s here to win,” Michel says. “It’s the same with his fashion. He doesn’t care—if he feels comfortable, let’s go. I knew right away he was gonna be a player where you can use him as a can-vas where you display his personality.”

Green notably started the suit shorts wave in 2017 that has inspired the likes of LeBron James and Jordan Clarkson.

“I was all for [the shorts],” Green says. “When I went to the NBA Awards the year before it was burning up hot. The shorts made perfect sense to me and I knew it would be different.” 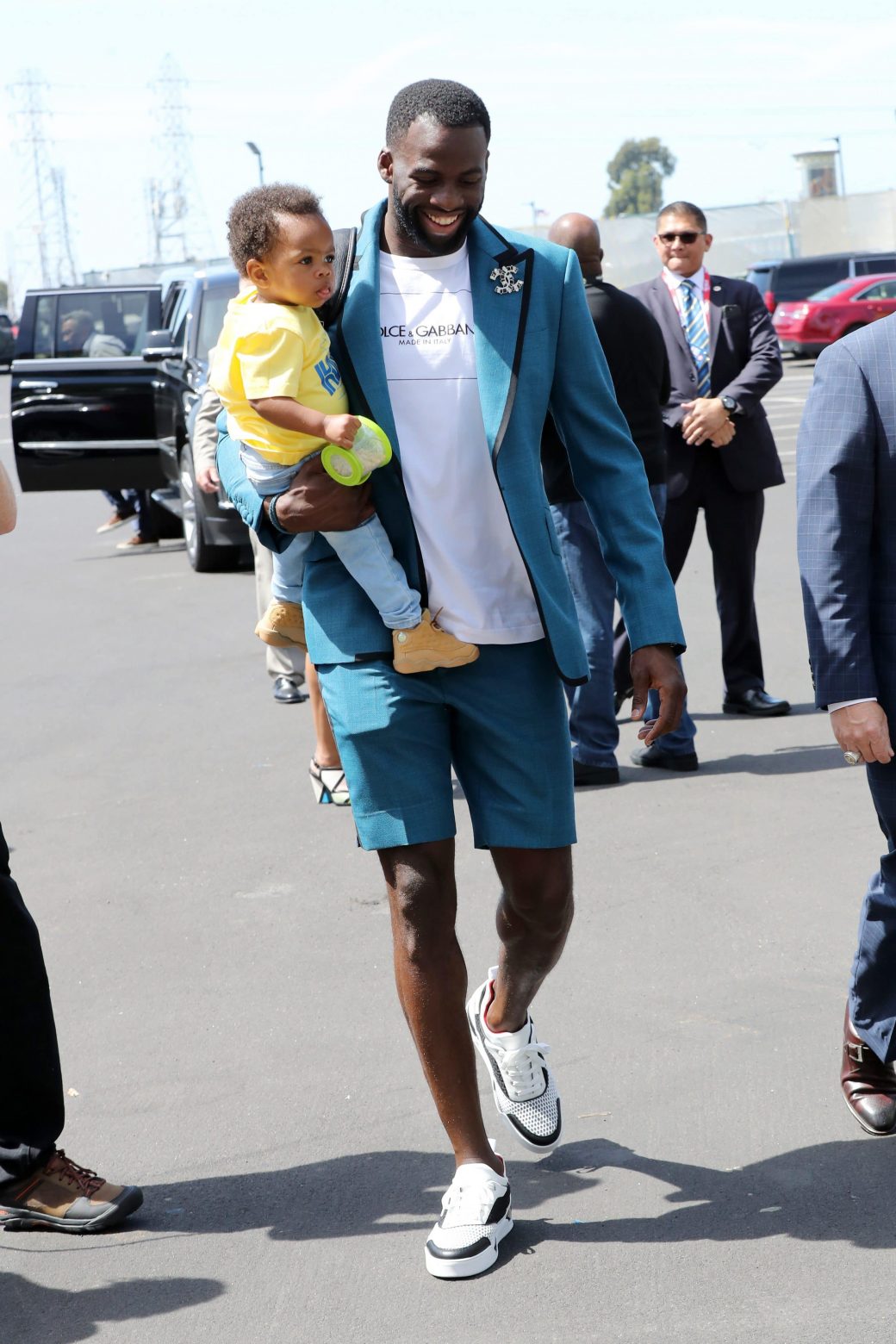 Finding the right speed to grow is different for every player-stylist duo.

“If I didn’t have [Williams’] support and guidance, I’d still be wearing hoodies and jeans like when I was a rookie,” Conley says. “He’s done a great job of feeling out my personality and staying in my zone of comfort while pushing me to new lengths to try things out.”

And stylists take deserved pride in see-ing the results of pushing athletes out of their comfort zones.

“When you see a guy—who I hate to stereotype, but usually aren’t as expressive—walk in front of the mirror like, Wow, I look good, without any words being exchanged, it’s a moment of pride for me,” Mays says.

“When they open it up and are like, Oh, fuck, this shit is so cold. How’d you get this idea? That’s the reaction that I work for. A grown man getting excited over some garments of clothing,” Michel says. “It’s a dope feeling to know people appreciate what you do for them and what we do for one another.

“The end goal for me is for them to feel confident from the second they step out the car to down the tunnel,” Michel adds. “Look good, play great. After all, the tunnel is the new runway.”

Vlade Divac: Kings Coaches and Front-Office Should ‘Not Focus on Drama and Rumors’