With 82 regular season games, NBA players have plenty of opportunities to express themselves in front of the camera on the way to the arena. The tunnel became the runway for some players to stunt the drip that made them different before going to battle on the hardwood.

Meet the first-ever SLAM @LeagueFits All-Drip Teams and Rookie of the Year, a group of 11 players that were built for the Survival of the Fitted.

The Brodie made a career for himself with his fearless attitude on the court, and his attitude in fashion isn’t much different. The League’s most versatile dresser, Russ isn’t afraid to make jaws drop on any given night. 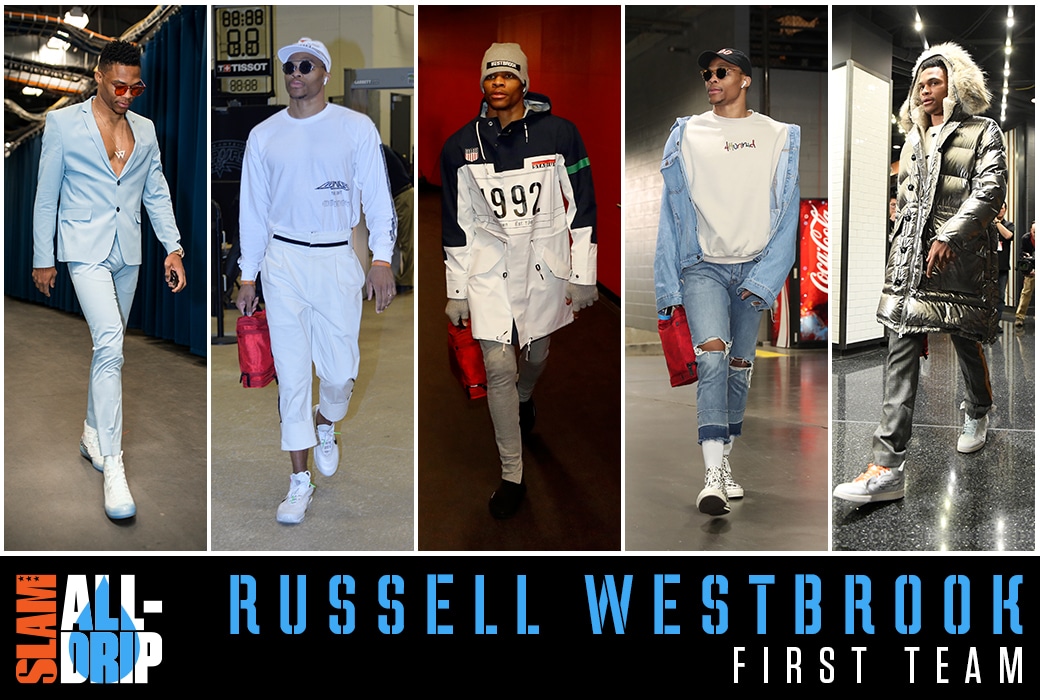 Swaggy P became Swaggy Champ as he won his first-ever NBA Finals with Golden State, but he kept it straight Hollywood with the fits. In addition to wearing top-shelf names like Saint Laurent, Supreme and Rhude Designs, Swaggy gets bonus points for dropping a new collection of jawnz on his own line, Most Hated Los Angeles. 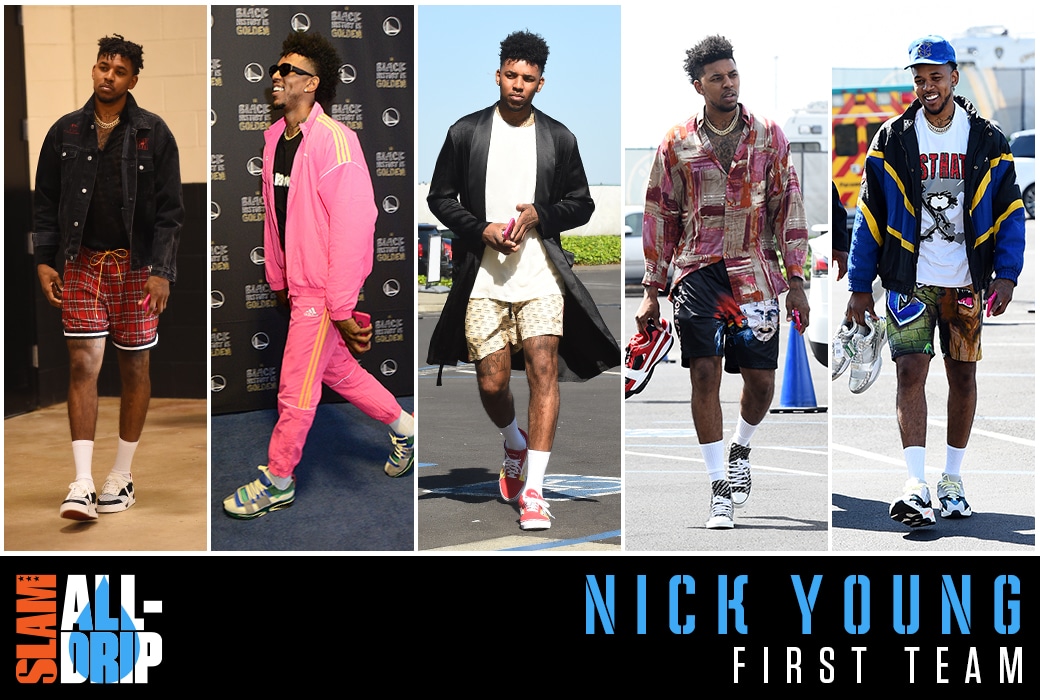 PJ Tucker’s career made stops in Israel, Greece, Italy, Puerto Rico, Canada and Germany before he became a Houston Rocket. With an international influence playing a role in his drip, the NBA’s undisputed sneaker king joined the upper echelon of all-time fit icons, too. 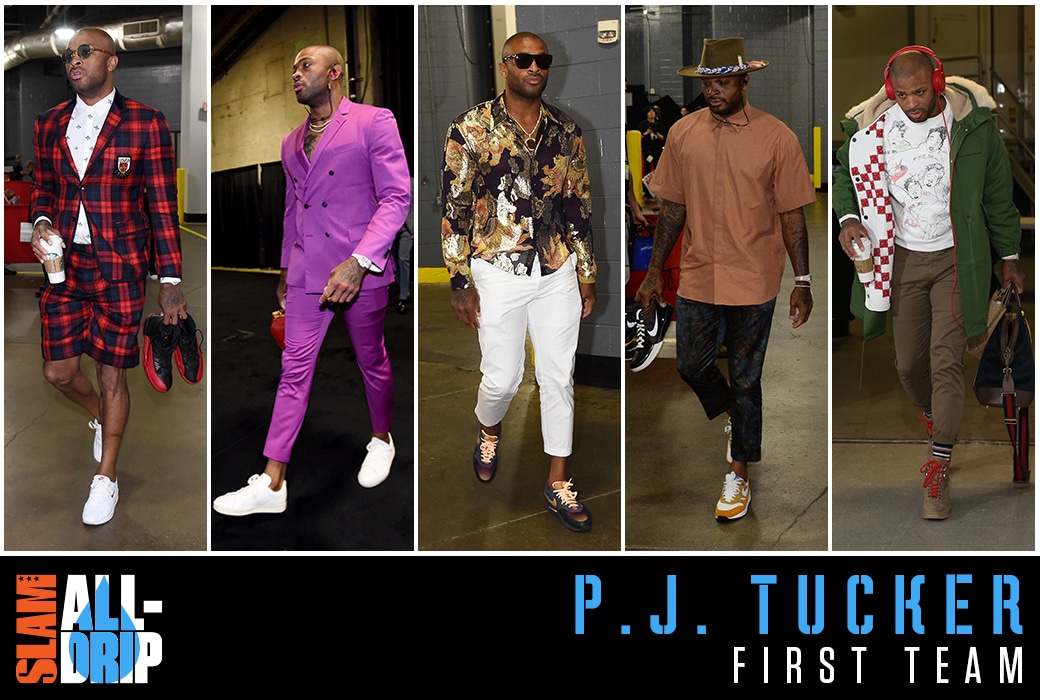 Jimmy loves his patterns, and it shows. Never afraid to be bold, Butler was one of the League’s most coordinated dressers during his first year in Minnesota.

LeBron is way cooler than your dad. Year 15 was a legendary one for the King off the court just as much as it was on the hardwood. James mixed things up, rocking streetwear brands like Billionaire Boys Club, top-flight designed suits from Thom Browne (shouts out to the suit shorts) and up-and-coming Scholastics. Dad Drip at its finest. 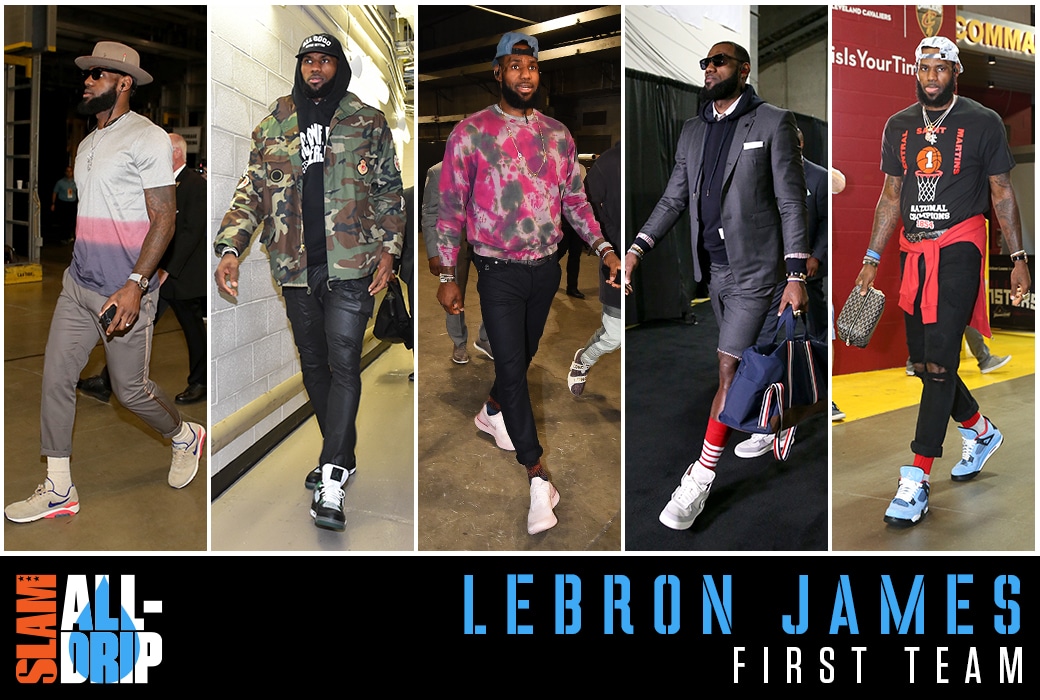 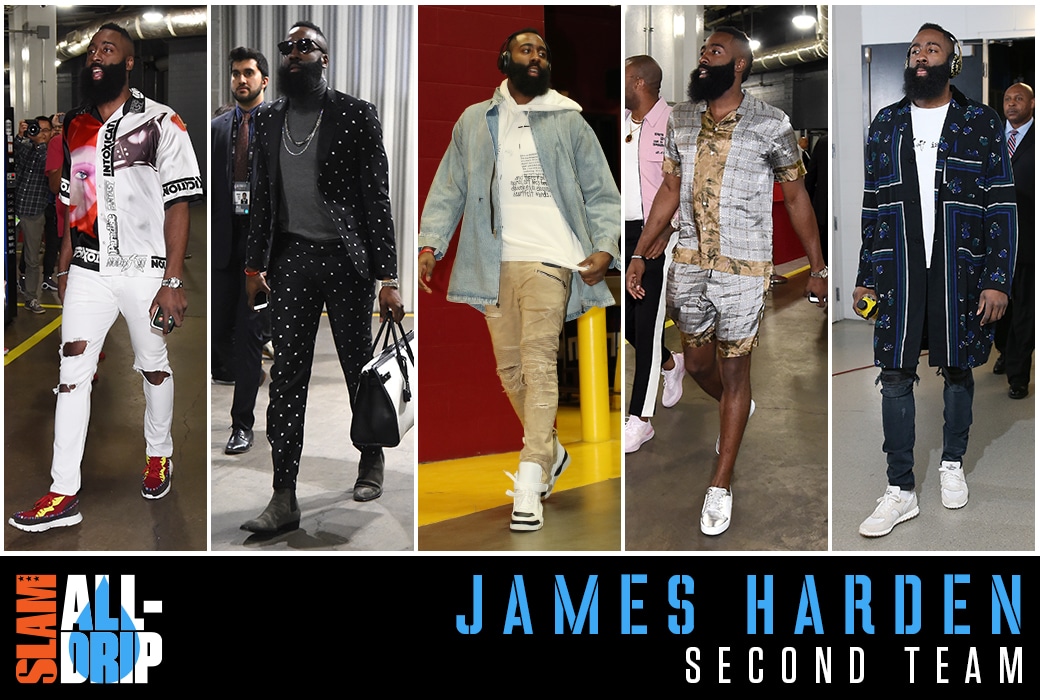 JC made the jump from Los Angeles to Cleveland at the trade deadline, but the youngin’ brought the West Coast streetwear style with him to the midwest. Already one of the League’s Supreme kings, Clarkson mixed things up with Off-White, Rhude Designs and Gucci. 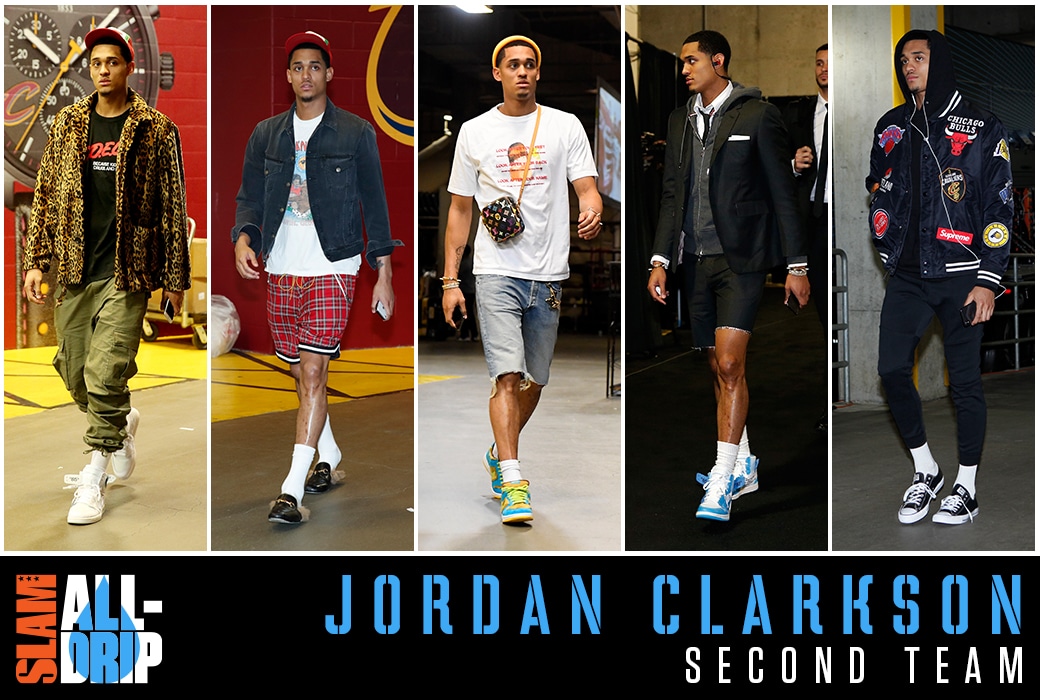 Simple and steezy, Serge Ibaka made Dad Drip cool again in Toronto. Touted by Kyle Lowry as “The Most Stylish Man in the NBA,” Ibaka capped off a career fit year with the Raptors by heading East to stunt out at Paris Fashion Week (just peep the ‘gram). 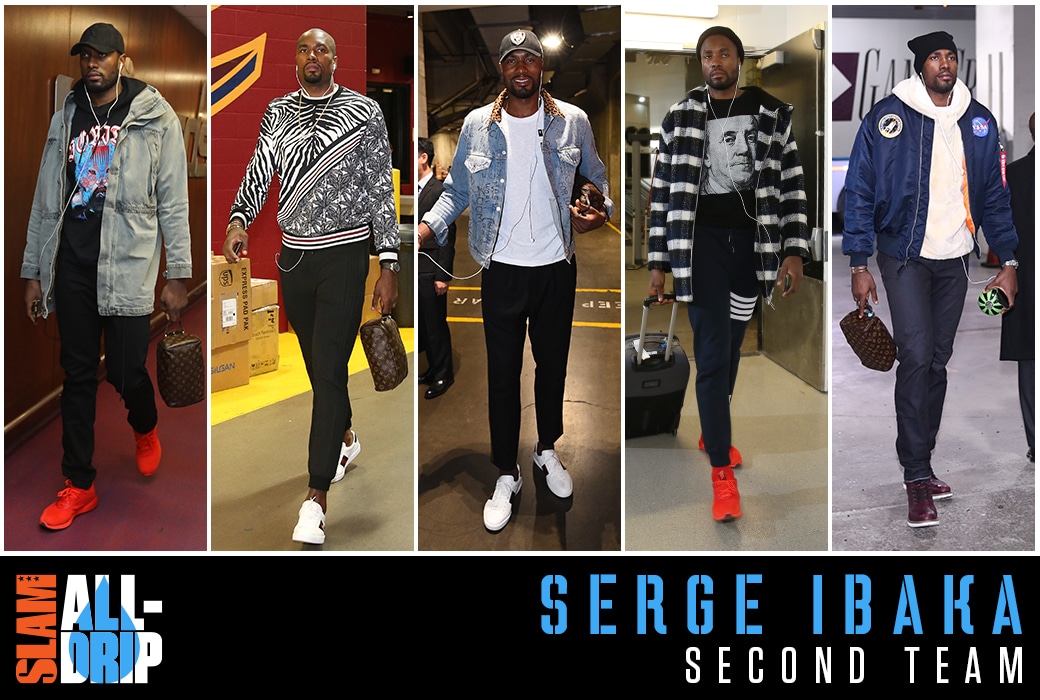 The game doesn’t end when the final horn blows for Scary Terry. Rozier had Twitter popping when he wore a Drew Bledsoe jersey after knocking Eric Bledsoe’s Bucks out of the postseason, but the Pats threads weren’t the only notable fit from Rozier, who brought out some of the League’s tuffest Off-White combinations. 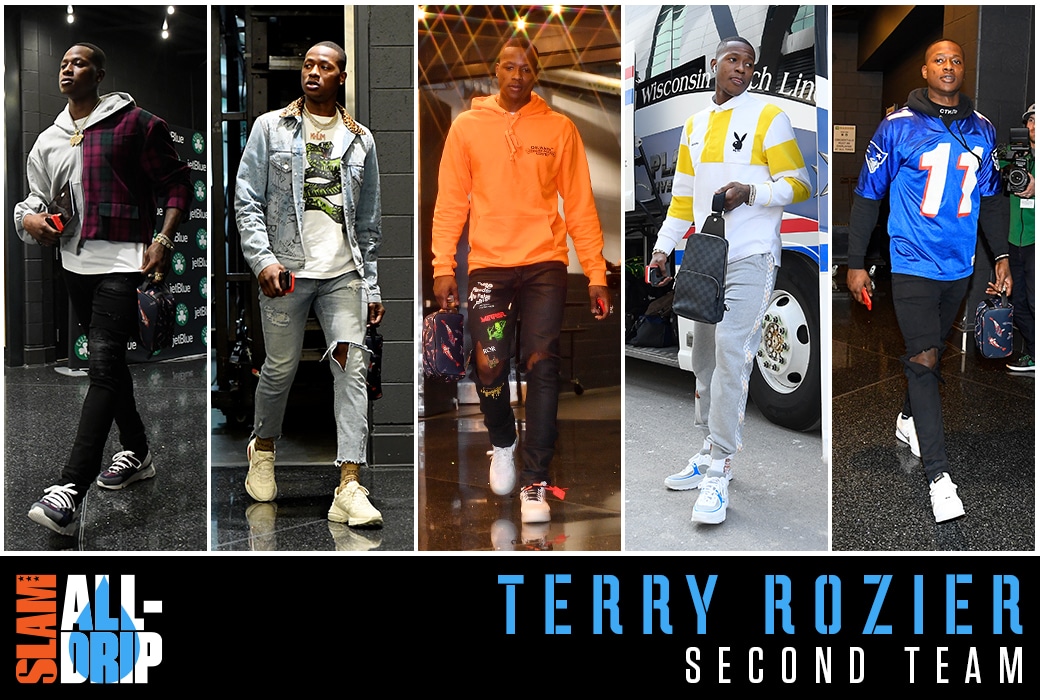 Deion Sanders once said that “You look good, you feel good. You feel good, you play good,” and it was the motto CP3 rode all the way to his first-ever Conference Finals. The Point Gawd mixed innovation and bold patterns with old-school staples (shouts out to making the dad cap cool again) in the winningest season of his career. 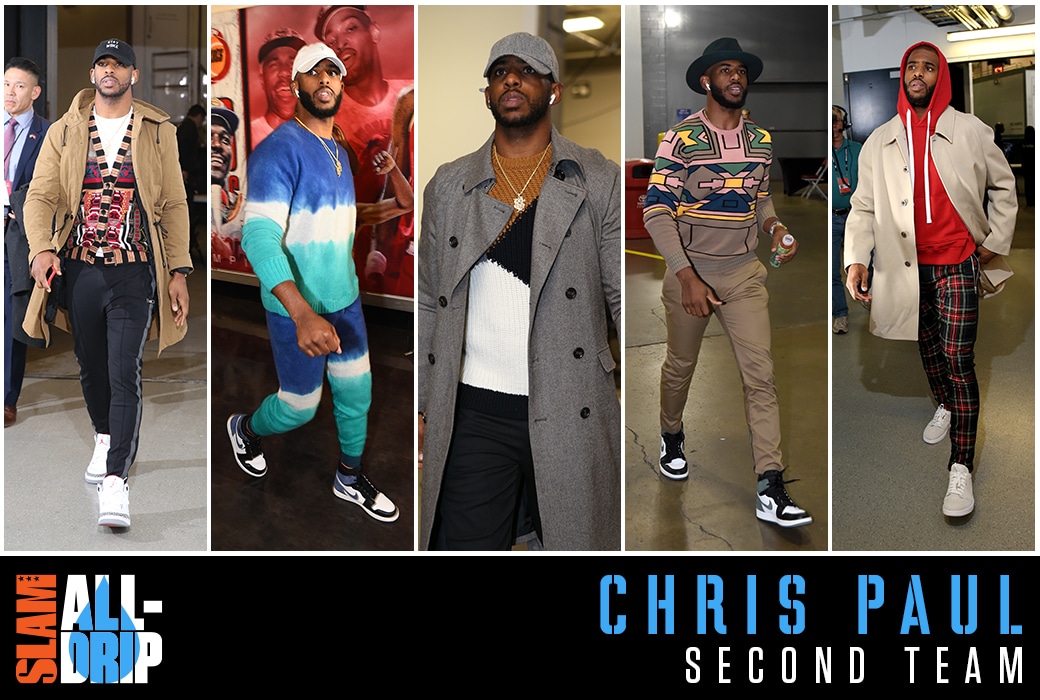 All-Drip Rookie of the Year

You would’ve thought Kuz had been Hollywood his whole life. Brining serious game and a booming personality to the Lakers, Kuzma has the wardrobe to match his path to stardom. 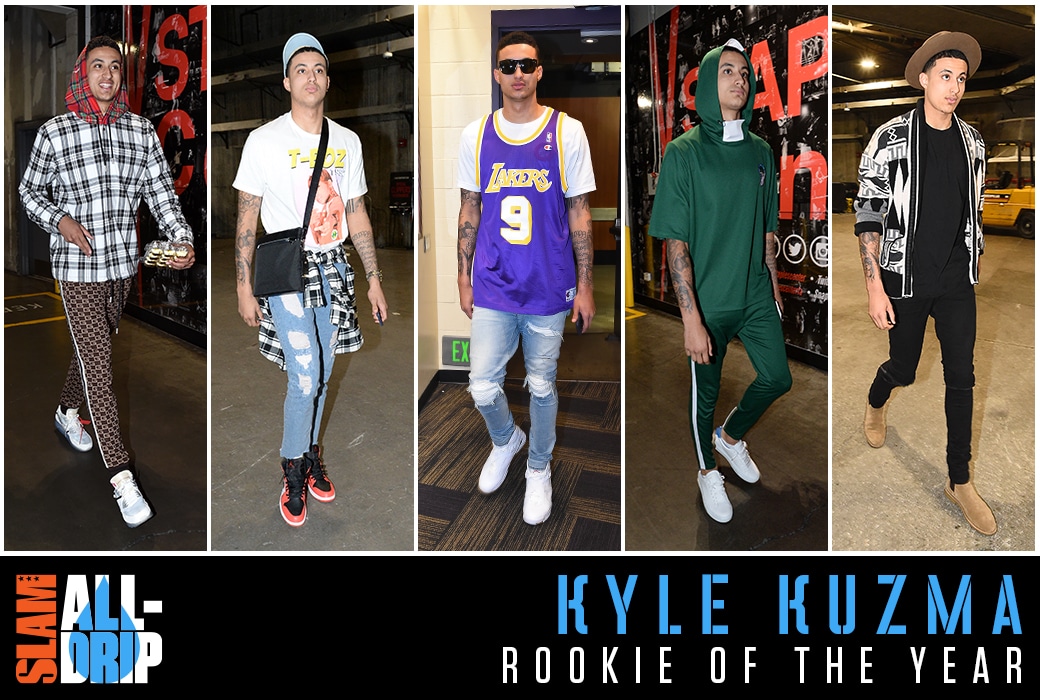