Josh Richardson used to be shocked during his early years in the NBA. For rookies getting acclimated to life as a pro, the first couple months can be a huge culture shock. There’s the traveling, rookie and team obligations, plus all kinds of meetings and the constant games and practices. It was way different than the field he had planned on entering: medicine.

“[I’m] not really shocked about it anymore,” he says. “My first couple of years, I definitely looked up like, This is crazy [and] not what I expected. But now that I’m here, I’m trying to make the most of it.” 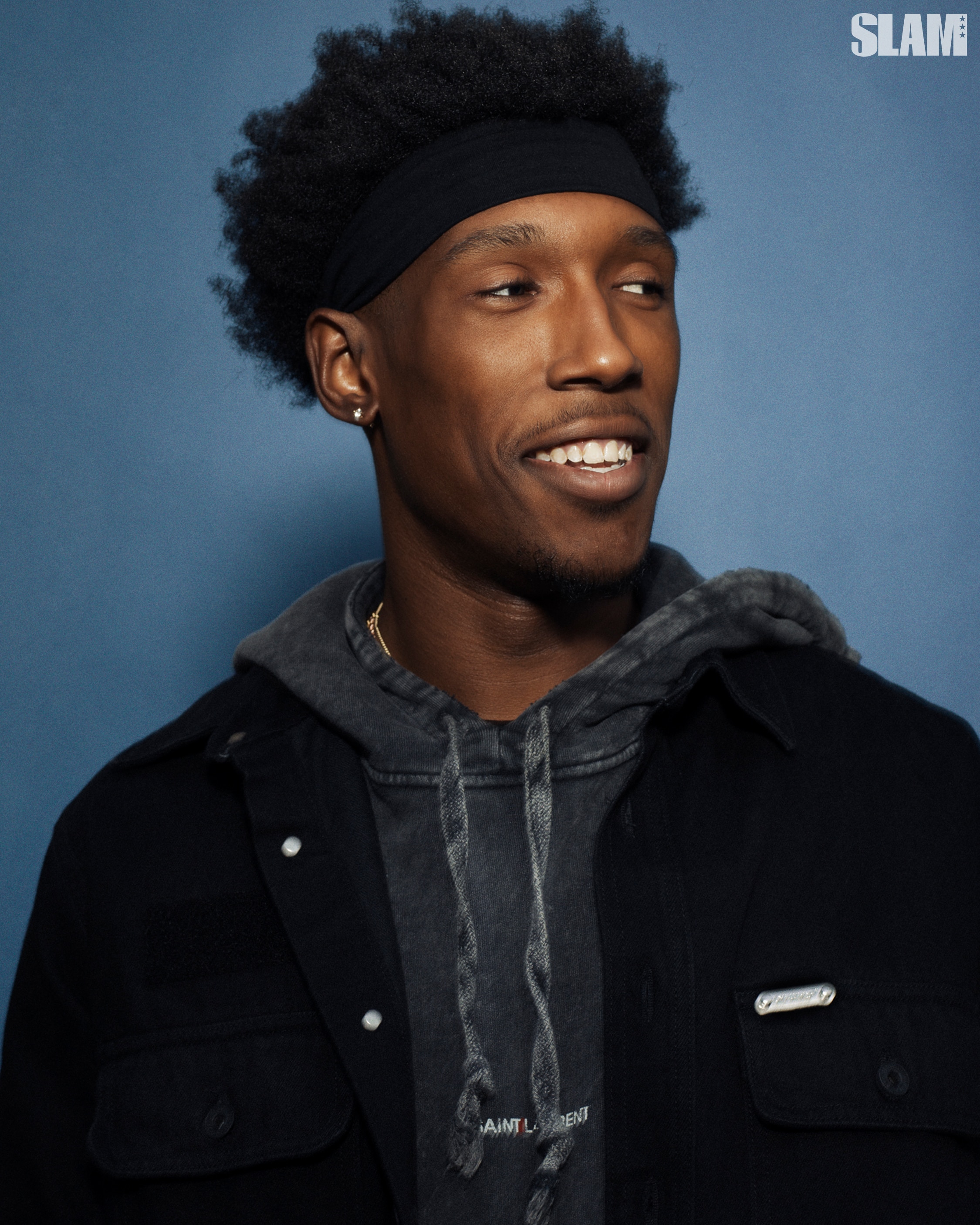 Richardson was born and raised in Edmond, OK, where his first sport was football. He played multiple positions on the gridiron—quarterback, wide receiver, safety and defensive end—before he picked up a basketball. His introduction to hoops began after watching his mother, Alice, referee his older sister Alex’s games. The eldest Richardson, a two-way athlete, starred at Santa Fe (OK) HS where she averaged 18.4 points and 12.3 rebounds per game as a senior. She holds the career (409) and single-season (127) blocks records and won state titles in both volleyball and basketball before playing at Oklahoma State and Central Oklahoma University.

Richardson also made a name for himself at Santa Fe. He was named to The Oklahoman Super 5 First Team as well as the Oklahoma Coaches Association “Large West” All-State Team and took to his talents to Knoxville to play for Cuonzo Martin at Tennessee. As a senior, Richardson led the Vols in scoring (16.0 ppg), field-goal percentage (46.1), assists (3.6 apg) and steals (2.1 spg). He was also a two-time SEC All-Defensive Team selection.

In 2015, the Miami Heat selected Richardson 40th overall in the NBA Draft. In 52 games, he averaged 6.6 ppg, spent time in the D League and was named Rookie of the Month in March. He made significant progress during his second season—his averages nearly doubled—but only appeared in 53 games (starting 34) due to an MCL injury.

Flash-forward to his fourth year and J-Rich is averaging a team-high 17.8 ppg in 35 minutes, coming off a career-best 37-point performance against the Warriors on Sunday. The second-round pick went from being an unknown prospect with limited expectations to an integral part of the Heat franchise. But if you mention his time over the last four years and what he’s transitioned into, it comes as no surprise to the 25-year-old swingman. 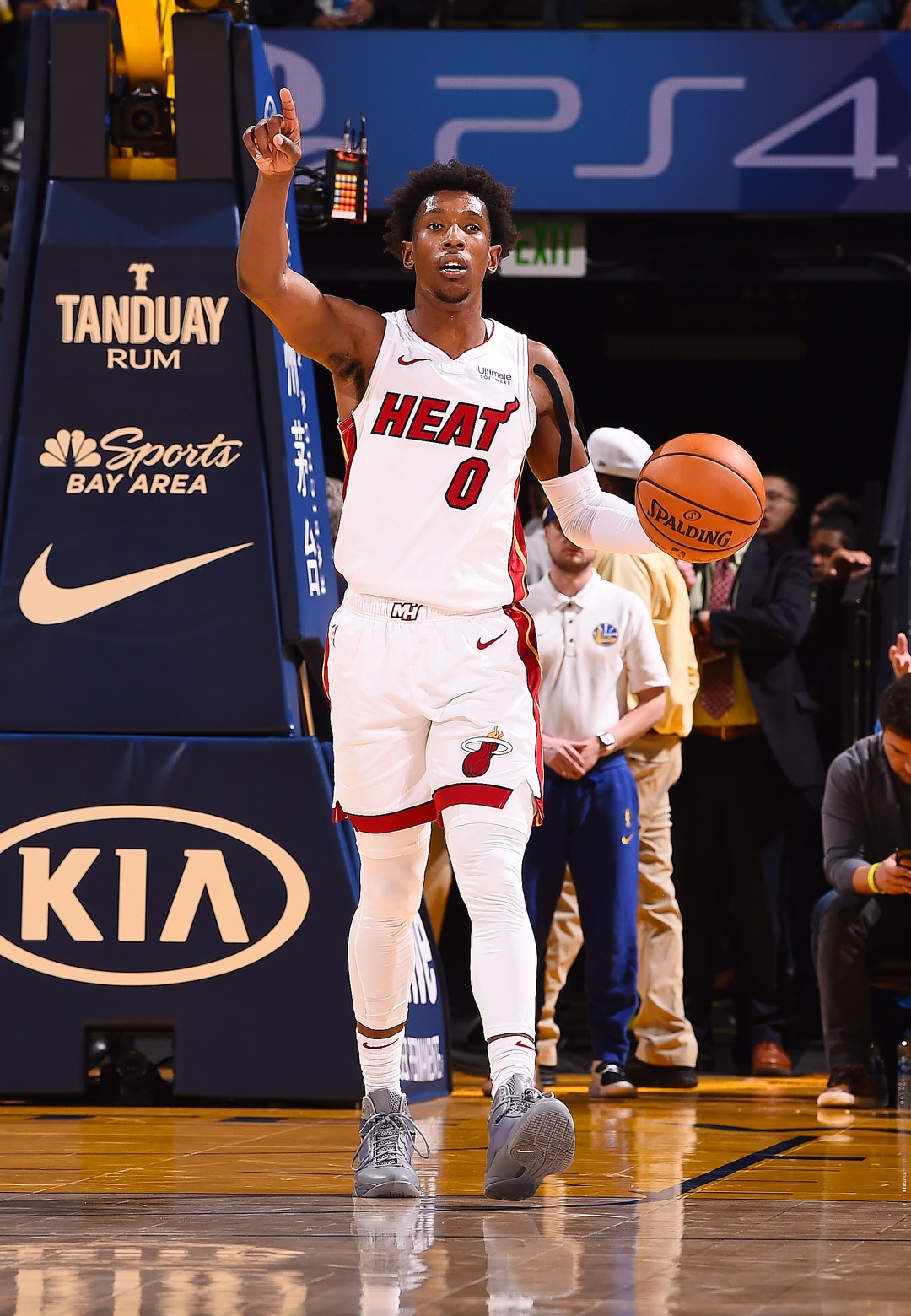 “Nah,” he says blatantly, when asked if he’s shocked by any of this. “As I got more time in the League, I could definitely start seeing how I could be more effective.”

Prior to last season, Richardson and the Heat agreed to a four-year, $42 million extension. Aside from leading the team in points, J-Rich is tasked with guarding other teams’ go-to guys on a nightly basis. Regardless of which superstar is on the opposing end, Richardson, who categorizes himself as a “super-competitive person,” takes pride in guarding some of the League’s best.

“I think there’s a certain competitiveness that comes with being a good defender,” he says, “so the defensive end is a lot of will—and I have a lot of it.”

During a gloomy Sunday afternoon in early December, Richardson strolls through the lobby inside the luxurious Four Seasons Hotel in Beverly Hills. The Heat are in town to face the L.A. teams and defeated the Clippers 121-98 at Staples Center the night before. Twenty-four hours after the victory, J-Rich poses for photos as some fancy interior decorations drape from above. He casually walks outside, his 6-6 frame blending in with the holiday shoppers on Wilshire Boulevard and the adjacent Rodeo Drive. 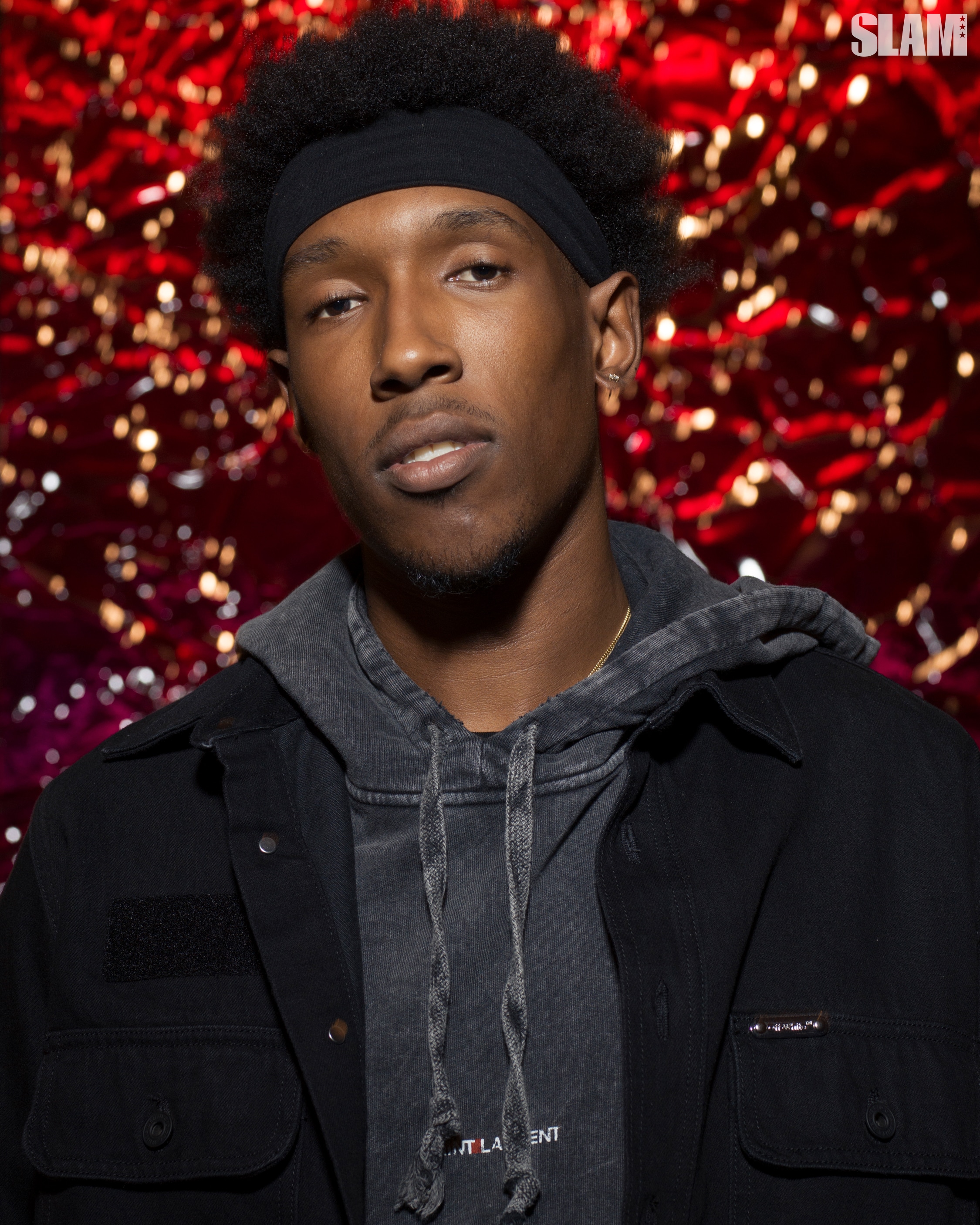 Shortly after, Richardson heads back to the hotel and sits down on a nearby couch. He reflects on the past four years, explaining the ins and outs of the business and describing his relationship with Dwyane Wade, his current teammate and someone who took him under his wing and mentored him when he first got to the League.

“He’s been good and made things a lot smoother, like my rookie year transitioning to the NBA,” Richardson says. “This year, just transitioning to a bigger role within the team, he’s made it a better transition than I think it would’ve been if it was just me trying to do it.

“I’ve learned a lot from him already having played with him before,” he adds. “Now just trying to pick his brain about small stuff and issues that I can fix in my game—working out with him after practices and things like that.”

Based off the numbers and production, Richardson stands to be the next face of the Heat organization, though he claims to not be thinking so far ahead.

“It hasn’t really hit me,” he says. “I’ve just been trying to go day by day, win games this season and take it for what it is next season.” 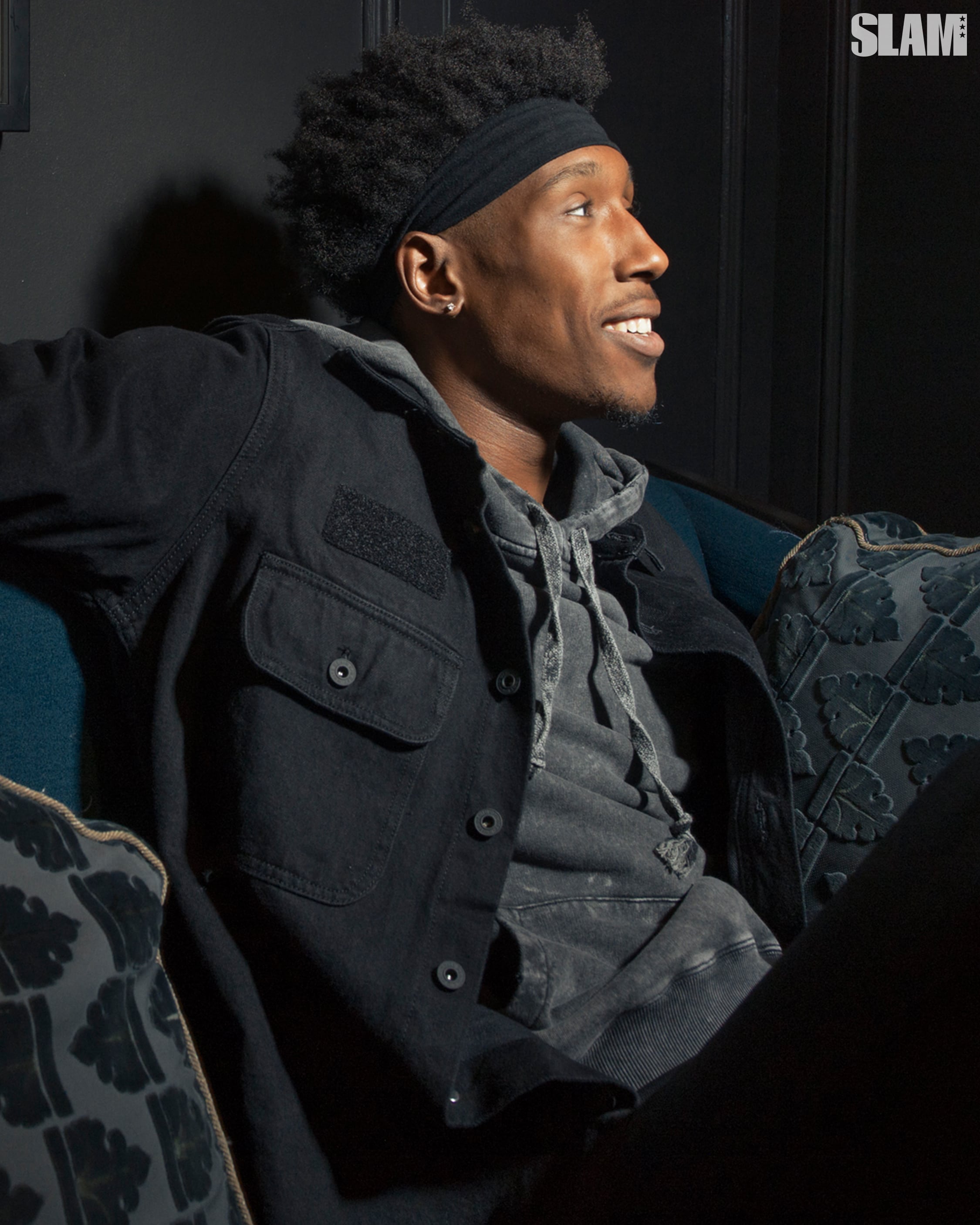 Upon first appearance, what’s instantly noticeable about Richardson is his laid-back demeanor. He speaks in a low tone and has this free-spirited aura about him that makes him unique. Alice Richardson, a retired Lieutenant Colonel with the U.S. Air Force who’s now an ordained Baptist minister, will tell you her son has been like that since his childhood days.

“I think that’s something he’s always had,” she says. “He just handles things well. That’s why we knew he was a born leader because he doesn’t allow things to rattle him a whole lot. Not that he’s inhuman or anything like that, but he just processes it well.”

Richardson did just that back in November when he found his name in trade talks while the Heat were reportedly looking to shop him for Jimmy Butler.

“I was kind of worried when I first heard about it,” Richardson says. “I wasn’t sure how to react to it because it was the first time it ever happened. After a day or two, I started praying about it and whatever happened was going to happen and I couldn’t control it.”

Miami is currently 25-29 (No. 9 in the East) and Richardson isn’t going anywhere. He’s had three 30-plus-point outings, as the team looks to make a postseason run in the coming months.

“It’s been rewarding to see him continue to move forward and grow,” Alice says. “For any parent to watch their child develop is one of the most rewarding things in life.”

“I’ve learned in the League and college that things aren’t going to go the way you think they’re going to go,” he says. “There’s going to be some twists and turns. You just have to stay pushing it and stay persistent with it and hopefully it works out in your favor.”

Turns out he chose the right profession after all. 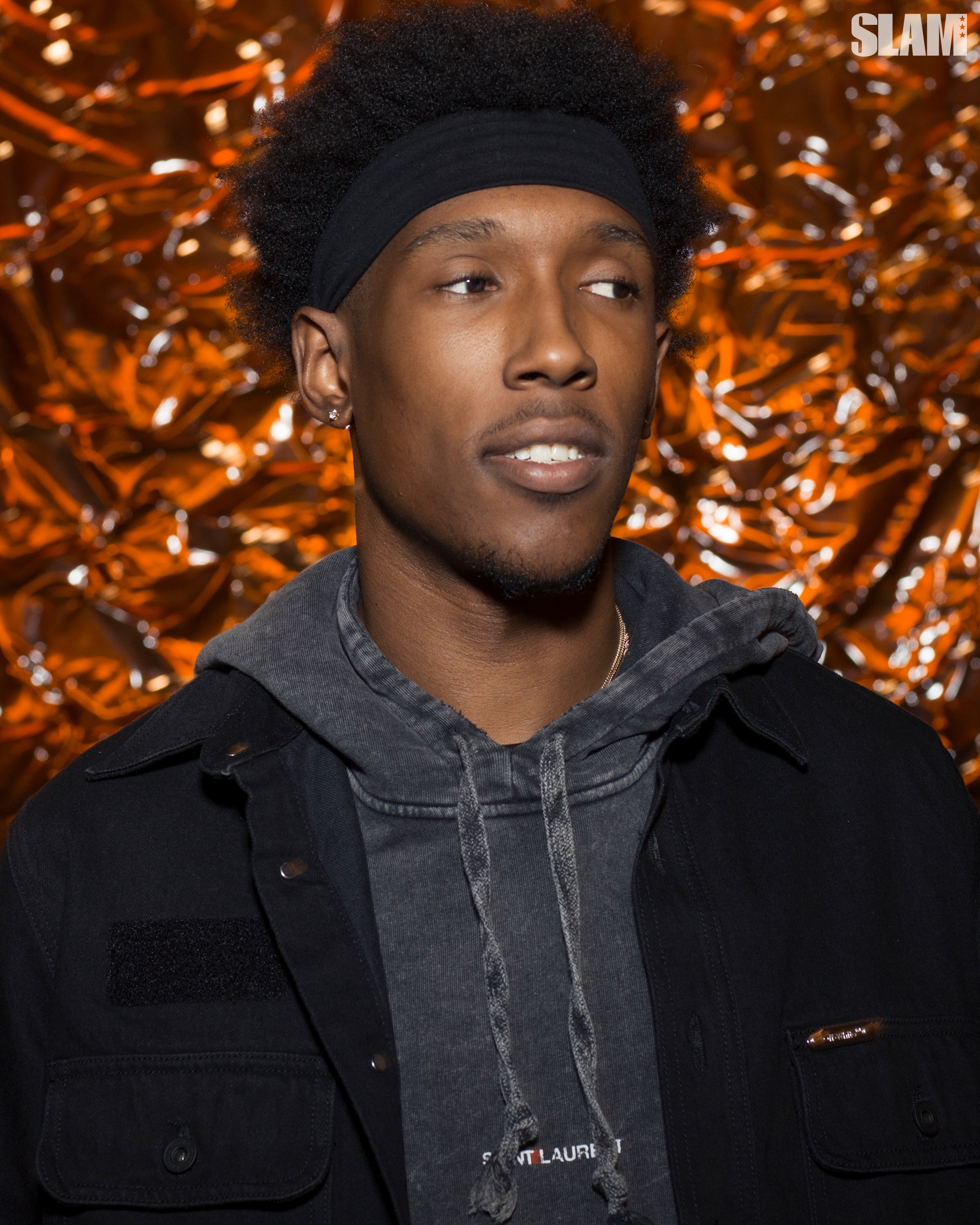 Portraits by Tim Hans and via Getty.

Jaylen Brown Set to Return Against the Rockets