New NYU Course Explores ‘How Basketball Can Save the World’ 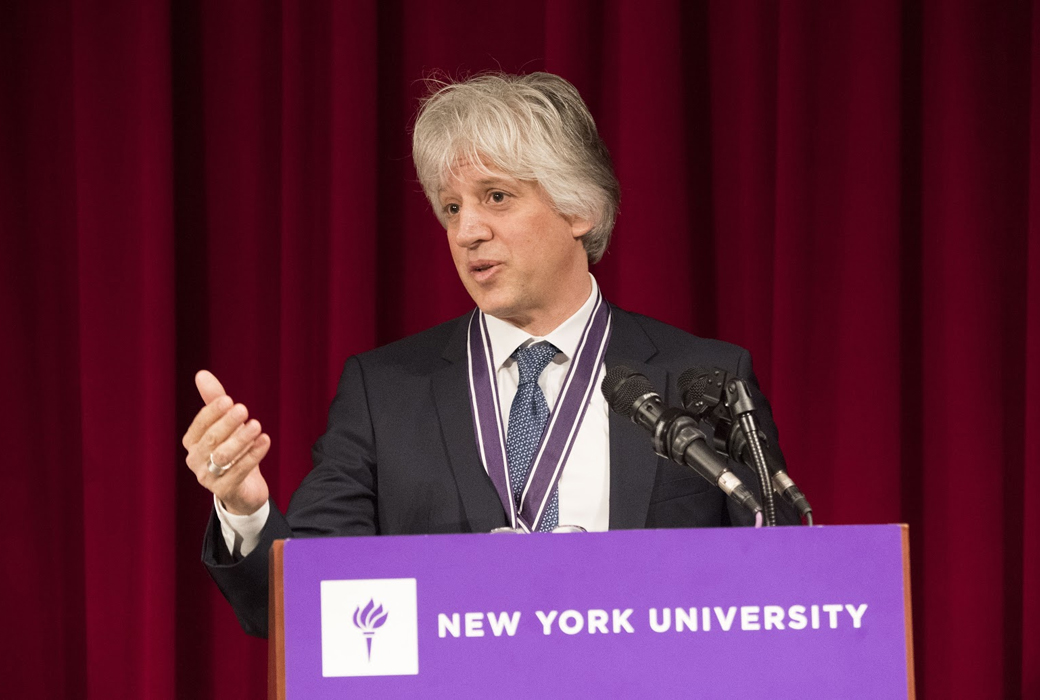 There was a 12-by-12 blacktop square and a basketball hoop in David Hollander’s backyard growing up. It was his sanctuary.

As he became older and pursued careers in various industries—from law, to marketing, to media, and ultimately, to teaching—Hollander always maintained a strong connection to the game.

“It’s the place I return to,” he says. “It’s the place I find my peace, my balance. Some people do mindfulness and meditation, therapy. I find all of that when I put a basketball in my hand and go to a court.”

Hollander is currently an associate professor at NYU’s Preston Robert Tisch Institute for Global Sport. He’s been at the university for the past 12 years, leading courses that cover sports management, consumer behavior, hospitality and more.

This spring, however, there’s a new class available with Hollander’s name attached to it: “How Basketball Can Save the World: An Exploration of Society, Politics, Culture and Commerce Through the Game.” It’s one that he’s been thinking about for a while now, drawing inspiration from a book by Franklin Foer called How Soccer Explains the World: An Unlikely Theory of Globalization. Conversations with award-winning filmmaker Dan Klores, who recently directed a 10-part documentary about basketball, eventually pushed Hollander to turn his vision into a reality.

His pitch to the administration? “I think I made a very strong case that you can look at basketball as a philosophy, as a belief system.”

That’s exactly how Hollander sees it. “How Basketball Can Save the World” positions the sport as an “ism,” just like capitalism or socialism—another means of making sense of the world.

“I’ve created principles, like a philosophy of what basketball means as an ism,” Hollander says. “That’s what we look at and how it’s played out in all these different areas—in race, gender, urban and rural issues, culture, commerce and international relations.

“The idea is to take the game, this very particular game which was invented by a guy who was an immigrant from a broken home [James Naismith]. His task was, Hey, we’ve got a bunch of violent, incorrigible students who’ve run the last two professors out of here. You need to come up with something to organize, pacify, make them better people. And this is what this guy did. You can take that solution and look at all the ways that basketball is very unique among sports, but also, from that, really important ideas have come from basketball. Like low barrier to access, gender inclusion, balance between individual and collective needs. Naismith had 13 original rules. I’ve come up with a new 13, [which are taught in the class].”

The school ran an incredibly successful pilot of the course this summer, with guest lecturers such as Nate “Tiny” Archibald, Teresa Edwards and Klores. Now it’s being offered for the first time during a traditional semester, open to graduate and undergraduate students.

“To put it in current context, I believe the world is broken in many places, and we’ve gotten to this point by following the same types of people: monarchs, economists, lawyers, politicians,” explains Hollander. “I say to students, ‘Why don’t we explore a different way of looking at things, of making the world better, of solving problems?’”

That way, for Hollander, is defined by the game he’s been playing since he was a kid, shooting around on a 12-by-12 blacktop square in his backyard.