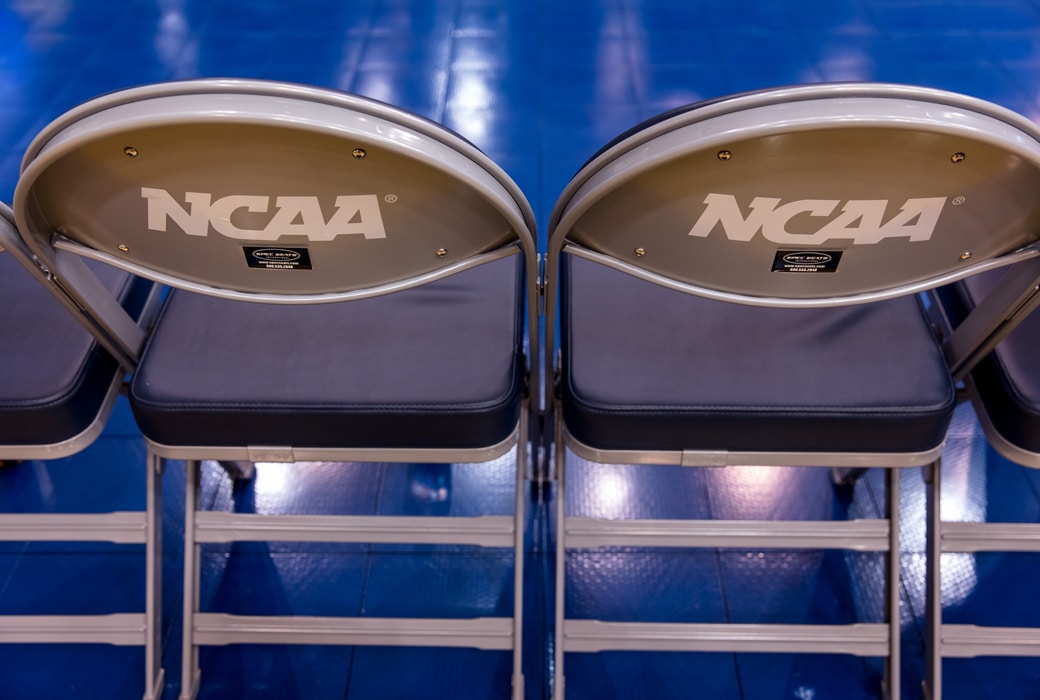 Where are the trans athletes?

Before I go any further, I’ll offer a disclaimer and say that I don’t have the answers—nor does any other one person—to the issues that transgender student athlete participation brings up for the NCAA. This is not an issue that affects one person, or just the trans community. It affects us all, and it will serve us as an evolving society to attempt to tackle it. The conversation has been started, but it’s happening quietly and scarcely.

The NCAA acknowledged the existence of transgender student athletes nearly a decade ago. They published a 38-page policy for their inclusion into athletics with recommended practices and resources. I applaud them for this, and I would like to improve participation for trans student athletes by sharing my own story and experience as one.

When trans athletes are in the news, it’s normally due to controversy over their participation in the right or wrong gender—and the issues that raises with competitive equity. This is the most thorough topic addressed in the NCAA’s policy, because it’s the most complicated one. It talks about the physical changes mostly, because that’s the focus when it comes to overall changes as a result of hormone therapy.

The NCAA’s intense competition makes it so attractive to athletes and loved by spectators, so it has to put competitive equity at the forefront. I’m not trying to paint the NCAA in a bad light for that. I’m just trying to share what it’s like to be a trans athlete, before and after hormone therapy.

We have to get past the assumption that athletes who undergo such treatment will automatically have a leg up on the competition with the hormones that help them feel like their authentic selves. Because without it, we’re already behind physically, because we’re behind mentally. That was my experience.

I started identifying as male during my freshman year on the women’s basketball team at my small, single-sex institution. I was out to my teammates and coaches who accommodated me the best they could with the knowledge and experiences they had with gender diversity and inclusivity. But as far as any opponents, spectators, and officials saw it, I was just another girl on the team, despite my masculine presentation. We played in the Old Dominion Athletic Conference, one of the toughest in the nation for Division III. I kept it together for three years before plunging into the crutches I needed that testosterone gave me. Making that choice meant I had to step away from playing the sport I loved during my senior year. The NCAA’s policy states that one cannot continue playing for the school team while undergoing hormone therapy without changing the team’s status to mixed, making it ineligible for a women’s national championship. Many people have to step away from sports for a variety of reasons, but very few have to step away just to feel like their authentic selves.

I’ve been on testosterone for almost 11 months. I don’t remember what my voice sounded like a year ago, and I can’t imagine my face without the stubs of hair it always has now. I still struggle with loving myself, just like everybody on the planet does. But since I’ve begun hormone therapy, I feel like I’m being introduced to myself every day. So as I look back on the athlete I was, I can’t help but ponder how I was able to make it through even one season. If I’m being introduced to myself now, who was the person playing basketball all those years?

It’s no wonder—and no one’s fault—that I was on edge so often, constantly attempting to feel comfortable in my own skin while avoiding mental breakdowns. I wasn’t competing against my gender. I had a female body, and a small one at that. I still got periods. I was misgendered, having to listen to opposing coaches yell, “She’s a shooter!!” when I checked into the game.

How could I give my all to the game physically—and mentally—when I never liked what I saw in the mirror? No matter the rules, no matter what anyone thinks is right or wrong about where I should’ve been playing and with or without hormone treatment, doesn’t everyone deserve to live as their authentic self? It is an innate human need to be seen and recognized, and I went without that for three long seasons. If I need a little extra help from hormones to be at the same starting line as everyone else—even off the court—then so be it. I don’t think it would have magically turned me into a stellar basketball player. It could help me build muscle easier, but it’s doing something much more important for my overall health.

Yes, the physical changes are rampant and real, but the most important thing it’s changed for me is my appearance. And it’s my appearance now that has me so unbothered and more at peace with my body than I’ve been in years, and also what has me considering what kind of player I could have been had I been on testosterone during my years as a student athlete. And even writing that sentence feels icky. It still makes me feel like I would’ve had a leg up on everyone. But would I have? I played guard my whole career, I’m just under 5-4, about 135 pounds or so. I’ve been small my entire life, and all the testosterone in the world won’t change me from being the Muggsy Bogues of every team I play for.

Testosterone is also not a male hormone, just as oestrogen is not a female hormone. The levels between the biological sexes are drastically different, and science and research is out there to help us figure all of this out.

What can we do right now? We can’t solve the issues with competitive equity, but we can ask coaches and other athletes to educate themselves beyond what the NCAA has provided in their policies and practices. We can ask them to consider what it’s like for these transgender athletes, to put aside hormone therapy just to play the sport they love. That’s something that the NCAA doesn’t fully acknowledge. The demands on your body and mind are taxing for everyone, and even harder when you have to battle with your body the way that trans people do every day. We don’t have to tackle the more complicated issues right now, but we can start by having public discussions about how difficult it is to be a transgender athlete, and then perhaps we can take it from there. The more people think about what that’s like, the less we might have to suffer in silence. Normalization can only help.

Yes, I am only one person. Yes, there are more trans athletes out there. Like I said, this is a societal issue. It affects us all. I might be trans, but I’m an athlete, too.

I don’t feel any regret about choosing to step away from basketball my senior year. I only wonder what kind of player I could have been. And I wonder how many other trans athletes are out there wondering the same thing.

Photos via Max and Getty Images.