THE PROCESS: How Players Are Selected for the Iverson Classic 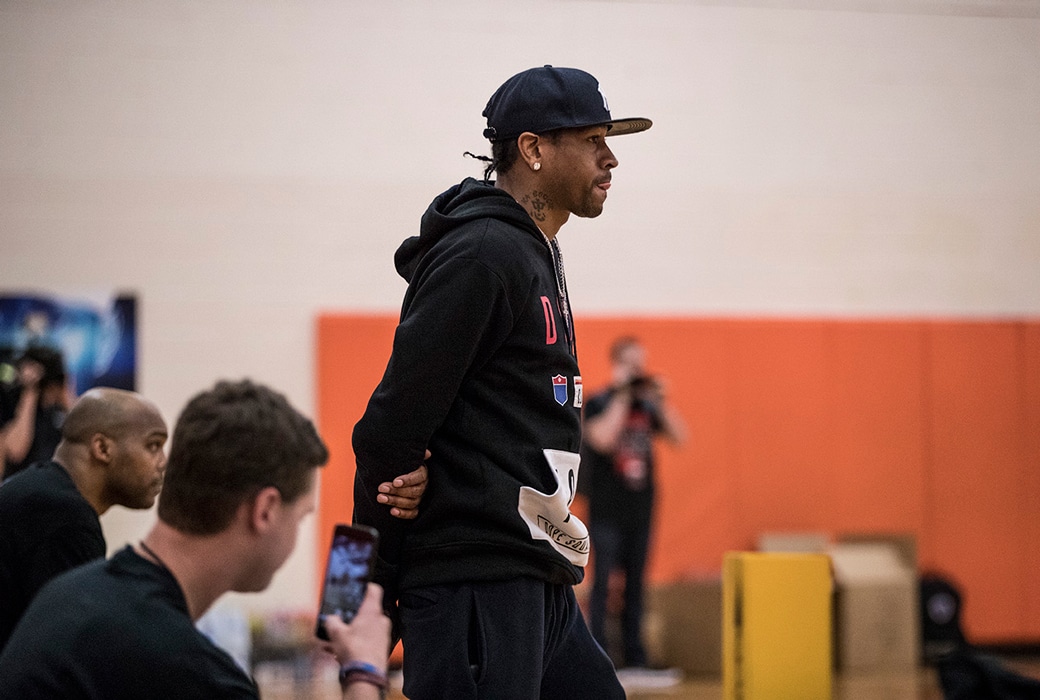 Welcome to #IversonWeek, a celebration of The Answer ahead of the Iverson Classic on Friday (April 26). Click here for more information on the event.

While the Allen Iverson Roundball Classic has emerged as one of the most anticipated events on the high school basketball national calendar, the selection process as well as its outreach approach differs from other all-star games in the space.

NBA Hall of Famer Allen Iverson not only serves as the face of the three-day showcase—the former League MVP and 11-time All-Star is also actively involved in scouting and selecting players year-round. And when we say scouting, we’re not talking about scrolling through social media and basing opinions off of highlight mixes. Iverson has made a concerted effort to roll up his sleeves and physically be on the ground at numerous grassroots events.

“People would be surprised—Allen [Iverson] goes to a number of high school games, tournaments, [just] different things throughout the year,” says Iverson Classic co-founder and partner Bobby Bates. “You won’t know where he’s going. Wherever he goes, he’ll relay the information back to someone in the circle—‘Hey, I like this guy’ or ‘I like that kid.’ From time to time he’ll say who he really, really likes. Last year, with Mac McClung, Allen was passionate about wanting him in the game because of what he was doing in Virginia and breaking his records and then going to Georgetown, so there are definitely guys where Allen says, ‘This is a kid that I definitely want at the game.’”

The selection process actually commences almost a year prior to the event, with the list shortening gradually as the event nears.

“We really start the summer before their senior year—really even the spring,” says Bates. “We have a number of guys from the East Coast to the West Coast—[we] respect their knowledge. We watch what the kids do in the spring and summer, and all the way to Christmas of their senior year. After the summer, we put together a list of 50 guys. We look at long-term upside, NBA upside, what they’ve done in grassroots/AAU basketball and their high school career, and then eventually start ranking them one through 24.”

Beyond having a Hall-of-Famer directly involved in handpicking the players, another way in which the Iverson Classic separates itself from other all-star games is in their outreach to the families and their involvement in the festivities.

“We talk to [the families of the players] before we announce the roster. We do it a little different than the other guys,” says Bates. “We don’t just send some fancy package. We want to be more personable. I just feel like the families appreciate that more. We still give them certificates and some of the other things the other guys do, but in the end I want them to be more comfortable going in. I’ve had mothers break down on the phone crying when I’ve made that phone call. A lot of families leave after the event and say, ‘This was the best event that we’ve been to. Y’all treat us like human beings—we got a point of contact we can talk to.’ They feel like a part of it as opposed to just throwing them to the side where all we care about is your boys.”

With tons of national rankings these days, it’s fairly easy for any game organizer to simply pick the top 24 players listed and call it a day. Yet the Iverson Classic has decided to make it its mission to identify and reward top recruits that other games have often ignored because of their ranking placement.

“We don’t go after them just because they’re ranked one through 24. Obviously, rankings do play into it; we don’t have one kid that’s ranked outside of the top 50,” says Bates. “But some of the kids who get slept on for the other games—you look at a kid like DJ Carton, just from watching him at USA Basketball to high school, we felt like he was slept on. He’s probably one of the top two or three point guards [and] could end up being the top point guard out of this class. Look at a kid like Terry Armstrong and what he’s done. There are some great tournaments out there, but you look at the Grind Session where there’s a lot of high-level talent on a lot of those teams. Terry was MVP last year and Offensive MVP this year. And that’s a kid who didn’t get selected for any all-star games. But we selected him. EJ Liddell is another example.”

With year three tipping off, the 2019 Iverson Classic hopes to continue keeping Allen Iverson’s legacy alive by selecting players who not only mirror the former Georgetown guard’s skill set but also his competitive spirit and personality. Check out the full rosters below:

“We select 24 young men who we think best represent the Iverson brand as a whole,” says Bates. “As Allen says, ‘I want this thing going 20 years, 30 years from now.’ Each one of these guys will forever have their name attached to Allen. And that’s an honor on both sides. We want young men who are going to represent that same cloth that Allen is cut from.”