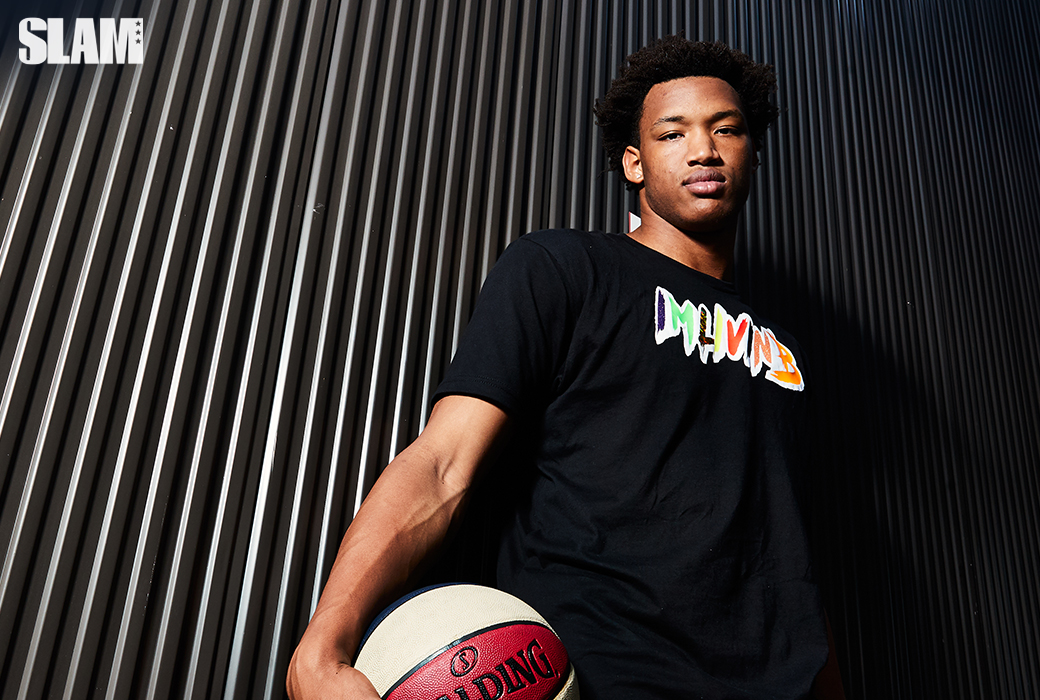 It was August of 2014 and Wendell Moore was just a 12-year-old kid, but Dominic Bishop saw something special in him.

Bishop, a former player at Creighton turned trainer and coach, approached Moore during an open gym near Charlotte, NC.

“When I first met him, I asked him, ‘What’s your dream school?’ And he said, ‘Duke,’” Bishop remembers.

In that same conversation, Bishop outlined five goals for Moore: To make the U.S. national team, to be the leading scorer at Cox Mill High School, to compete at the Nike camps, to participate in the McDonald’s All-American Game, and to one day commit to Duke.

And yet, five years later, he’s achieved them all.

Amid the frenzy of rush hour in midtown Manhattan, Wendell Moore is casually posing for pictures. He’s visiting for a few days from his hometown in North Carolina. Things move a lot faster here, but Moore is in no rush. He holds a basketball in one hand, rests the other on a green banister that leads down to the subway and smiles big.

In just a couple weeks, he’ll be off to Durham for the next stop on his journey. It could be a brief one.

“Obviously for individual goals, things like All-ACC teams and trying to be a one-and-done if it happens,” Moore says, when asked about his aims for the upcoming season. “My main team goal is just to focus on winning. Our first step is to win our first game November 5th against Kansas.”

Though he checked everything off Bishop’s list and finished as the No. 3 small forward in his class, you probably haven’t heard Moore’s name much. Cox Mill is on the outskirts of Charlotte and doesn’t get much hype. It’s not a high-profile program like Oak Hill or Montverde, but Moore stayed there his entire HS career.

His game isn’t as loud as some of the other top young prospects, meaning you’re less likely to catch him on your Instagram feed. He’s soft-spoken and keeps his circle tight. “Kind of like Kawhi Leonard,” Bishop describes.

The similarities between Moore and Leonard carry over to the court, too. Like the reigning Finals MVP, Wendell is strong and athletic and has the ability to dominate a game on both ends. Kawhi is one of three NBA players whom he studies regularly, along with Jayson Tatum and Paul George.

“I feel like I score the ball really well, defend, get others involved,” Moore tells SLAM. “And most important to me is to win. I never like to lose. I don’t care what I’m doing. I don’t care who I’m playing against.”

He led Cox Mill to two state championships and took home a gold medal with USA Basketball. As a senior, Moore averaged 25.5 points, 8.3 rebounds, 3.7 assists and 2.5 steals and was named Gatorade North Carolina Player of the Year.

“He literally does everything,” says Bishop, who also coached Moore on the AAU circuit with Team CP3. “In a day and age where it’s all about highlights and dunks and maybe three-pointers—he does everything. He can pass. He has vision like a point guard and the length of a 2-guard. He plays defense better than anybody on the perimeter that I know, and he can score with the best of them.”

Among that group, it’s easy for the quiet kid from a small market who rarely floods social media pages to get overlooked. That’d be a huge mistake.

“[Coach K] just wants me to come in and be a leader,” he says. “Do things I’m comfortable doing. Play how I play.”

It’s gotten Moore this far—from that open gym just over five years ago to his dream school.

As Moore’s photoshoot winds down on the streets of NYC, a few people stop to gaze. They look on curiously for a moment, trying to identify who’s in front of the lens, before disappearing into a sea of other commuters.

They might not know Wendell Moore now. But they will soon.