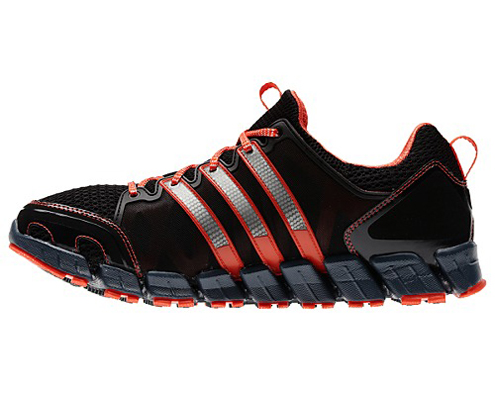 In the NBA world, athletes are subject to physical rigors that most laypeople cannot comprehend. For the elite basketball player, his/her body is his/her literal temple and principal livelihood, and while the roughly 400 players in the NBA put their bodies and minds to the test daily and yearly, those outside of that realm (in the so-called real world) also have become just as conscious about their fitness and health. The FIT is a series that will concentrate on the Fuel, Information and Training (F.I.T.) that it takes for both NBAers and laypersons to be at their very best in the world, as well as focusing on the literal Food, Intelligence and Technology that also comes into play in our physical fine-tuning—because after all, without having the vital fuel, guidelines and tech advancements to feed our bodies, help us better absorb and process what’s necessary, and make the labor efficient and effective, we don’t have much to advance our collective health and performance. The FIT is here to bring to light what can make us all the uniquely tuned creatures who we presently are and can continue or aspire to be.

The best basketball players are always trying to find an edge on their competition, and if they care enough, they’ll do it by almost any means necessary, and often running is a big part of that extreme training. Though a little more dangerous because of the environment, trail running is not unheard of for improving conditioning, and the shoes for that activity matter—a lot. A great trail shoe can be difficult to find and for a number of reasons. It’s hard because ideally, you don’t want a stiff, structurally weak, hot, and heavy pair of logs on your feet when you want to tread rocks for a challenging run or walk. There are a lot of good trail shoes, but the best one I’ve worn and tested is the adidas ClimaCool Ride Trail.

This is how adidas describes its feature trail runner with accompanying details:

Keep the cool air moving around your foot with the men’s adidas CLIMA Ride Trail shoes. These trail running shoes give you all over CLIMACOOL® ventilation that lets feet breathe on rugged climbs and textile lining on the inside for a more comfortable ride.

Simply from my wears and testing, the ClimaCool Ride Trail is the most comfortable trail shoe I’ve ever worn and tested thus far. It has great transition; it sits low to the ground; it fit to my foot very well, with credit due to the inner bootie as well; the sole provided me with great grip and helped my foot flex accordingly and efficiently; and the eyestay cage locked my foot in well.

I love the flexibility of the ClimaCool Ride Trail. It has a flex midsole and outsole that work in unison with one another. The one-piece mesh upper keeps the integrity of the flexibility so that it can work with, not against, your foot, as it did mine.

The ClimaCool Ride Trail is also strong, mainly in a supportive nature. It has lateral and medial midfoot supports that acts like tendons to keep the foot in alignment and protected. The adiWEAR trail outsole makes sure that the shoe is tough underfoot and won’t decay due to rougher conditions, which the shoe is meant for.

On top of all of these great things, the ClimaCool Ride Trail is wonderfully breathable. The CLIMACOOL construction is a big part of that, with near-total shoe ventilation, which opens up even more when the shoe is flexed and the sole sipes open up. Again, the mesh upper answers to the question of the breathability, because it’s so ubiquitous in the shoe.

The only real weaknesses of the ClimaCool Ride Trail is that the shoe sits very low; it can make for a challenging fit for people with sensitive arches, but the great thing is that the insole is removable – the unfortunate aspect of swapping insoles is that the adidas stock insole is ventilated and punctured according to the vents under the shoe, so it’s likely that those will be covered and make the shoe less breathable underfoot. Also, the toebox is narrow and would benefit from a wider surface area to that there could be better toe spread in strides.

All in all, the value of the adidas ClimaCool Ride Trail is very high, whether for performance, as an attractive casual shoe, or both.

(To see additional photos of the adidas ClimaCool Ride Trail, go to Facebook.)

Sandy Dover is a published author, media consultant, and web & print magazine columnist in the world of publishing, while acting as a sports product evaluator and fitness/training advisor & journalist in the fitness industry (with the two worlds often colliding). You can find Sandy frequently here at SLAMonline, as well as at About Me, Facebook and Twitter.