The Power of Handz

Dribble around the neighborhood. Bring the ball to school. Get yelled at for bouncing it in the hallways. Sleep with the ball. Make sure your fingertips are permanently dirty. Always have the ball in your hands.

It’s how you get good.

But get older, play against bigger, stronger, better competition and dribbling around all day can only do so much. Everybody does the same, old, tired predetermined ball-handling drills. Figure out a way to separate yourself.

Do drills that work on more than dribbling between your legs. Activate your core. Enhance your forearms and fingers. Strengthen your wrists, shoulders and back.

You can’t do that with just a basketball at the park. You need help.

Help from PowerHandz. With anti-grip technology and weights incorporated into a pair of gloves, your shoulders and back straighten up. Your wrists and forearms are stronger. No longer are you just idly standing out on the perimeter. Now you’re blowing past defenses. With ease.

Jason Williams might have been the first to have the idea to practice ballhandling with garden gloves. Maybe not. Darnell Jones, the creator and CEO of PowerHandz, isn’t sure. But he is sure that he saw White Chocolate do it first. 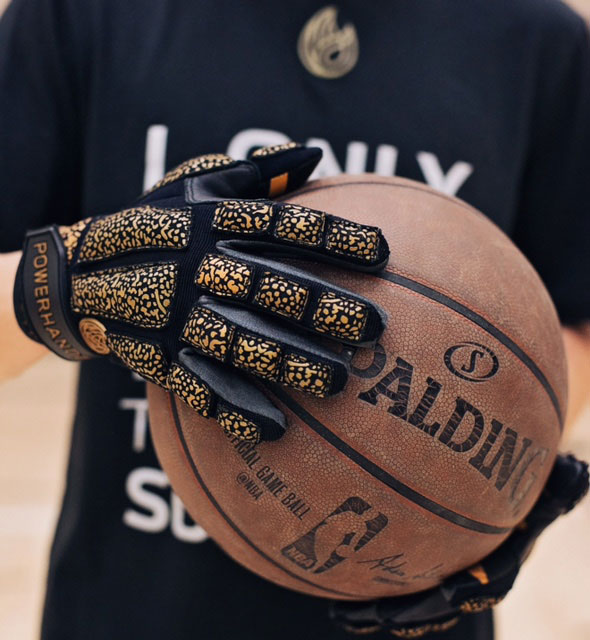 “I was like, Oh yeah, I gotta start doing that,” Jones says about dribbling with garden gloves. “Then I started implementing wrist weights on my wrists to give me the added weight-resistance on my arms to ultimately give me quicker hands. I did that for all the years I played and then up until three years ago as I was training college guys.

“I had one NBA guy at the time, I was using this on them, garden gloves and wrist weights and they just loved it. That’s really what prompted me to create the initial anti-grip weight glove,” Jones says.

The product is impressive. The weights on top of the glove, the anti-grip tech on the palm, the strap that locks your hands in make for a combination that can wear you down.

But don’t. Because the effects of the PowerHandz are for real. The ball feels lighter and your hands feel stronger. After using PowerHandz, you are not getting plucked.

Crossovers are more fluid. Triple threat is more effective. Even your trigger off of catch-and-shoot is faster.

“The feedback has just been phenomenal,” Jones says. “Which is obviously humbling to us that we created a product and we’re marketing a product we can stand behind and feel comfortable. It does everything we say it’s gonna do.”

Jones made a career for himself in the CBA as a scoring point guard. He understood he had to develop his game.

So strap the gloves on. Dribble around the neighborhood. Bring the gloves to school. Get yelled at for dribbling in the hallways. Sleep with the ball. Make sure the fingertips of the gloves are permanently dirty. Always have the gloves in your hands.

It’s how you get good.