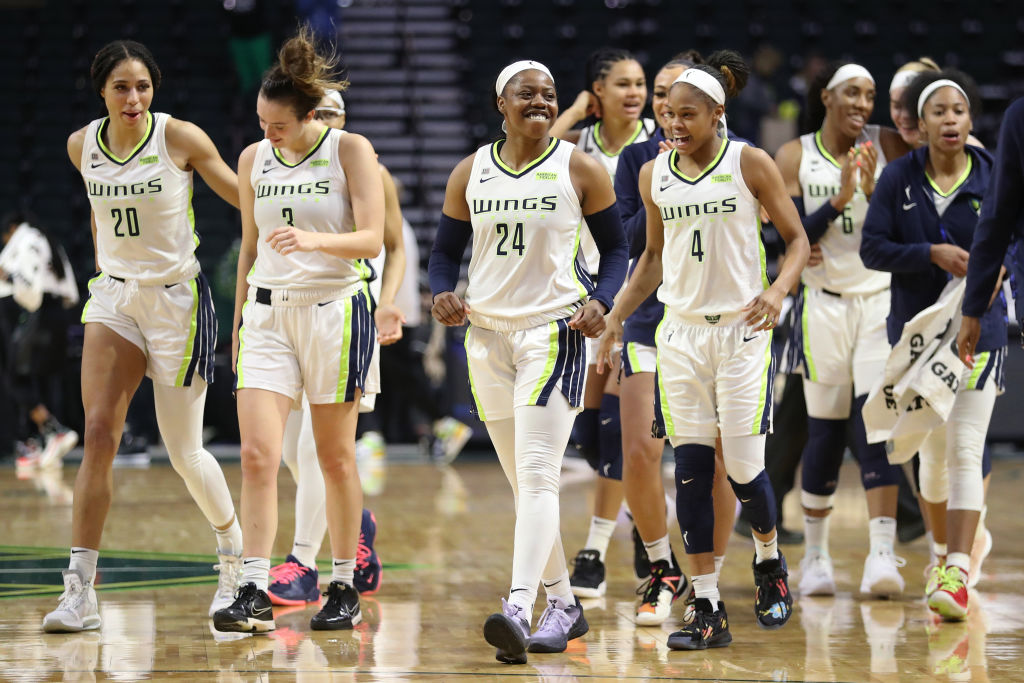 Each time the Dallas Wings and Seattle Storm step out onto the court together, a Grade-A thriller is bound to transpire.

The past two matchups have seen game-tying and game-winning shots by Seattle’s Jewell Loyd but, last night, the basketball gods evened the score as Wings guard Arike Ogunbowale hoisted a high-arching last second three-pointer for the win.

Ogunbowale, now in her third season with the Wings, scored 24 points and grabbing six boards in a stunning 68-67 win over the Storm. Dallas—who trailed the entire second half—went on a 8-0 run strung together by Ogunbowale (who scored the final eight points for the team).

The Wings successfully curtailed a third straight overtime contest between the two teams, which Seattle won last Friday’s contest and on May 22 by a combined six points.

In each of their five losses this season, Ogunbowale has willed the Wings with 20+ points.

Last night’s game-winning 3-pointer finally rang poetic justice for the Wings who have lost their past five by six or less points. Both Marina Mabrey and Ogunbowale have stepped up their game against the defending champs, each averaging 25.0 points per game in their three games against the Storm.

This combo crossover and deep three from Arike Ogunbowale is not fair 😳 pic.twitter.com/DbkKUngl48

Mabrey added 15 points (on 7-12 shooting), seven rebounds, two steals and a block, while Isabelle Harrison chipped in 14 points, eight boards and a block off the bench. Dallas (3-5) is now in sole possession of ninth place, 0.5 games out of the final playoff spot.

Midway through a five-game road series, Dallas travels to Phoenix to face the Mercury on Tuesday and Friday, their respective final matchups of the season.