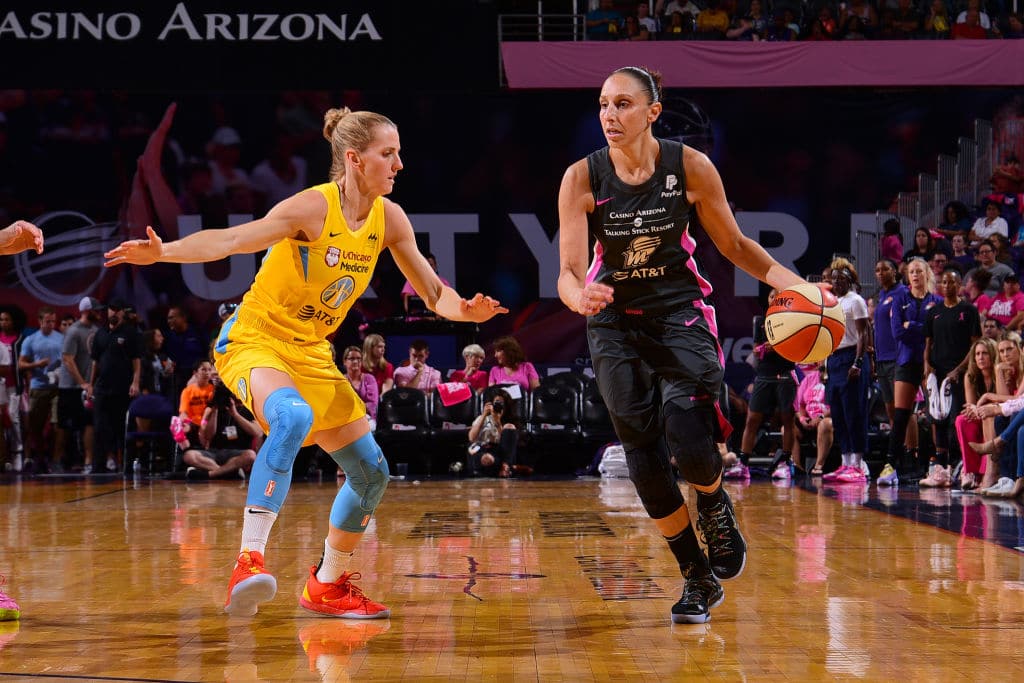 For the first time in over a month and just the second time this season, Diana Taurasi suited up for the Phoenix Mercury. The team announced that Taurasi would get the starting nod in Sunday night’s late-season tilt with the Chicago Sky and the 37-year-old did not disappoint.

Taurasi was medically cleared to return to the court last week but was obligated to serve a one-game suspension for leaving the Mercury’s bench in an on-court altercation earlier this month. In her first taste of playing time since an abbreviated return in July, she dropped 12 points, 4 rebounds and 4 assists in just 22 minutes of work.

Taurasi initially made a return from spinal surgery six weeks ago, two months into the WNBA season, but reaggravated that injury in her first game back and then suffered a hamstring injury while rehabilitating.

Throughout Taurasi’s absence, the Mercury have managed to stay within arm’s reach of the final WNBA playoff berth.