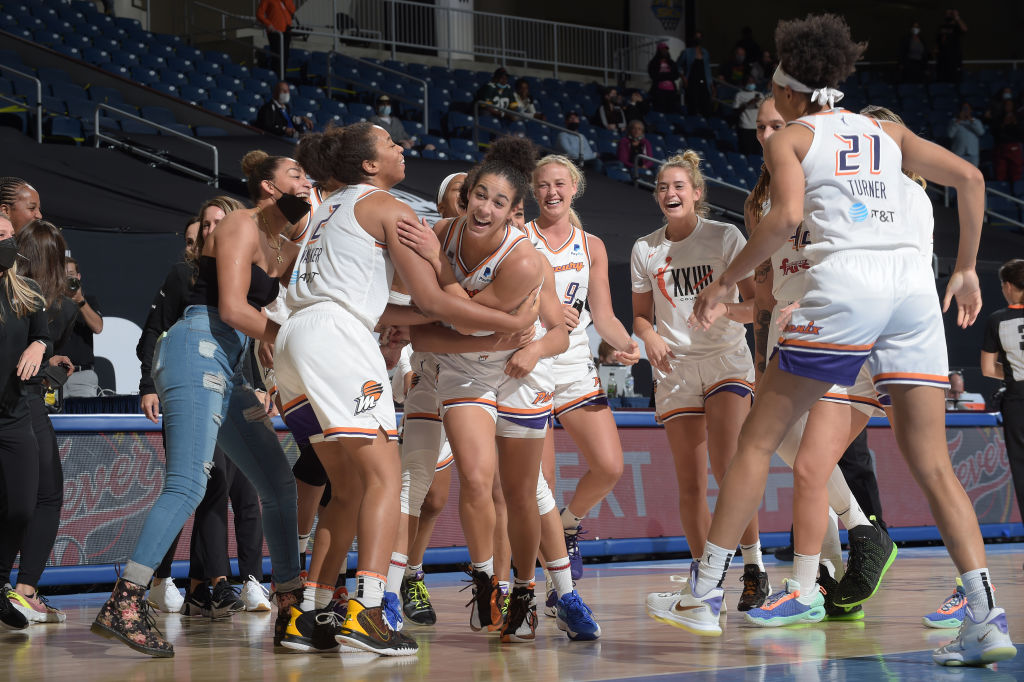 If last night’s contest between the Chicago Sky and Phoenix Mercury told us anything, it’s that the 2021 WNBA season has got off to an electric start.

On Tuesday, the Mercury grabbed their fourth win of the season, defeating the Sky 84-83 in dramatic fashion. Phoenix boasted an unmatched amount of relentlessness as they trailed by 10 points with just 2:39 left on the clock in the fourth quarter.

Truth be told, the entire quarter was miraculous, but the final minute of the game was a godsend.

After whittling the lead down to 83-81, point guard Kia Nurse grabbed the rebound with just four seconds on the clock, dribbled to center court, euro stepped around a defender and heaved the game-winning shot from 26-feet out.

Immediately mobbed by her teammates, Nurse laid at the bottom of the pile with a gleaming smile.

“Breezy, Brianna Turner, told me to shoot it. I never make the half court shot. Thank god this one went in,” Nurse said postgame.

Nurse finished with 18 points and eight boards on five three-pointers while Sklar Diggins-Smith dropped in 24 and two blocks.

“Our defensive stops gave us an opportunity to score. We have so much talent, so much depth, we were able to get it done,” Nurse said.

The Mercury ended the game on a 14-3 run capping off the hectic win. Now on a two-game win streak, they get another shot at the Sky tomorrow in Phoenix.