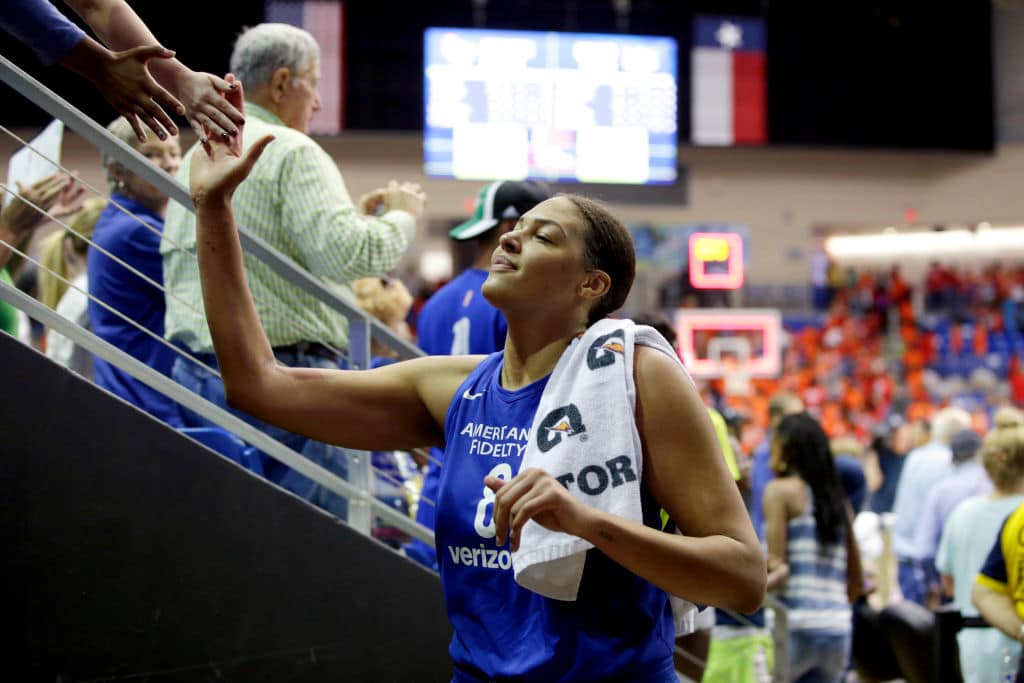 The two parties had been nearing a deal since at least Monday when SB Nation’s Brady Klopfer suggested that a trade was imminent.

The 27-year-old averaged 23.0 points and 9.7 rebounds per game for the Wings in 2018, her first WNBA campaign since 2014, and will immediately form a historic frontcourt with 2018 Rookie of the Year A’ja Wilson.

The Aces finished one game out of the postseason in 2018 and will have plenty of opportunities to gain ground in 2019, not only because of their new All-Star on the roster, but also turnover and injuries throughout the rest of the league.

The 2019 campaign may be a slightly more difficult one for Dallas. When preseason began on May 9, the Wings braced for life without their superstar. This in addition to the news that star guard Skylar Diggins-Smith would miss an indefinite chunk of the year on maternity leave.

For months, Cambage insisted on a trade to the Los Angeles Sparks, though that scenario grew less likely when L.A. acquired Chiney Ogwumike late last month instead. Now, with Cambage’s not only likely to sit but off the roster altogether, the club will attempt to replace her lofty production elsewhere.

Dallas-bound in this trade are Isabelle Harrison, Moriah Jefferson and Vegas’ first and second-round picks in 2020. Harrison, another center, averaged 11.4 points and 6.4 rebounds per game for the then-San Antonio Stars in 2017 while 25-year-old guard Jefferson played sparingly for the Aces in 2018.