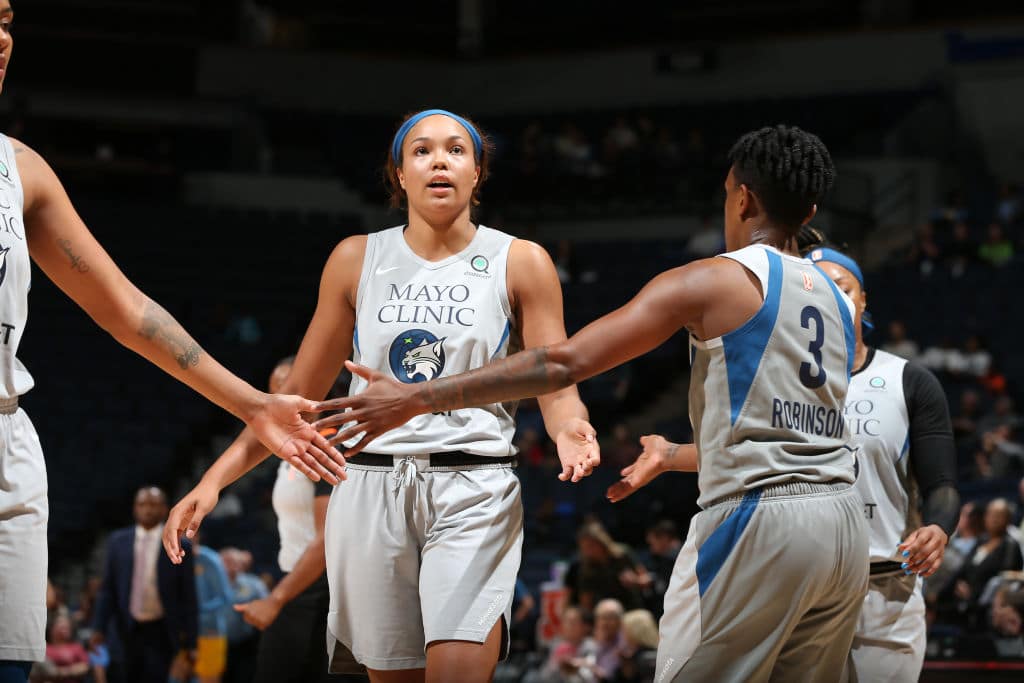 The WNBA will announce Napheesa Collier as Rookie of the Year today, Kent Youngblood of Minnesota’s Star Tribune reports, crowning the UConn product as the best in a draft class with no shortage of impact players.

Collier filled the stat sheet for the Minnesota Lynx in her first year in the W and was the only rookie to participate in the All-Star Game. Collier didn’t fill score at quite the same rate as Rookie of the Year runner up Arike Ogunbowale but she contributed efficiently and across the board for a playoff contender.

Collier averaged 13.1 points and 6.6 rebounds per game while shooting .361 from beyond the arc and playing workhorse minutes. Her emergence as a first-year star allowed the Lynx to claw their way back to the postseason in 2019 despite the retirement of Lindsay Whalen and Maya Moore’s sabbatical.

Collier, who was drafted No. 6 overall last April, received 29 of the 43 votes for the award while Ogunbowale received the remaining 14.