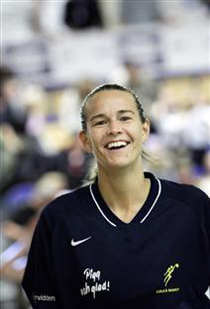 . It’s the ability to adjust on the fly. You have got to be able to roll with the punches. I might go as far to say: expect the unexpected. Even then, you’re bound to have a surprise or two.

From year to year, team to team, things are never the same. What may have been the norm for one club, might be unheard of for another. Any previous assumptions should be thrown out the window when you go into a new season.

And if you’re coming straight from college, toss those US-norms even further out the window.

What am I talking about?

Year to year, you never know what you’re going to get when you walk into your apartment for the first time. I always say to myself, if I wouldn’t live in it in the US, it’s not acceptable to live in while in Europe either. I think clubs try to take advantage of inexperienced players sometimes, and try to get away with less-than-stellar apartments.

On two occasions, in my nine seasons abroad, I’ve had to ask to be moved to a hotel until they found something more suitable. First- and second-year players might be hesitant to speak up when living arrangements aren’t up to par. But in reality, if you’re not happy off the court, your production on the court will suffer.

But at the same time, you need to keep in mind what reality is. The US and Europe are vastly different places, so your expectations need to reflect those differences.

And depending on the club, they may or may not ask you to live with teammates.

Whatever your preference may be, that could be a good or bad thing. I have always preferred to live by myself while in Europe, but have had roommates on several occasions as well.

Now what about on the court?

First and foremost, your coach and/or teammates might not speak English. If they do, great—you’re good to go! But if they don’t, you have to be ready to watch and learn.

During drills you might need to go to the end of the line, so you know exactly what’s going on when it’s your turn. You learn by observing.

You’d be amazed at how quickly you pick up basketball terms, though, and that’s always a great moment when you understand your coach’s instructions from the get-go.

You also need to make quick-friends with someone who will translate for you! I’ve had great teammates throughout the years that have had the patience to translate pre-game talks, practice rants, and day-to-day communication with coaches or presidents. You really can’t make it without them!

I’m sure many of you have seen the movie Love and Basketball. The locker room scene in Spain is actually somewhat realistic—where Monica relies on a teammate to translate her coach’s pre-game speech. Although, “He say to give the ball to you,” might be a SLIGHT exaggeration!

One thing I had no problem adjusting to was learning the phrase ‘get on the baseline’ (in whatever language), was no-longer cause for a panic attack. Anyone who’s run countless suicides during practice can appreciate that!

The gyms can be cause for concern at times as well. There might be days where there’s no heat in the gym when you arrive for practice or a game. It might be 50 degrees inside the gym, but guess what, you still have to play!

My first season in Italy, we played in Napoli in December or January. Since it’s in the south of Italy, and there’s really only one ‘cold’ month, the gym didn’t have much of a heating system. The host team had blankets on their bench so they were prepared. But I certainly wasn’t. My hands were like icicles, and I was stiff, and miserable the whole game.

This season in France, the heat in our gym is hit and miss. Some days it’s there, some days it’s not. You just have to come prepared.

I learned by my fourth season abroad, in Poland, to have long tights and long sleeves to practice—just in case. But I’m always happy when I don’t need them!

Another thing you need to be ready to adjust to is how your team travels to away games.

Depending on the country and club, you could see anything. You could have the best/fastest scenario: taking a plane. Or you can have the worst: taking 12 hour bus rides.

The most difficult travel situation I’ve had to adjust to was while I played in Germany.

We would ALWAYS travel the day of the game. No matter how far we had to travel.

Eight-hour bus rides on the day of the game made for an interesting time. It’s not your preference. But guess what, you adjust and learn to deal with it. It’s amazing that we actually won some of those games!

Probably the most important adjustment is learning how to handle late payments. If you play long enough, they’re bound to happen. With the exception of one or two seasons (thankfully I can include this season in that list), I have had clubs not pay me on time at some point.

There can be numerous reasons as to why you’re not getting paid on time: president is unhappy with your team’s performance, sponsors/city are late giving the club funds, they don’t have the money, paperwork/accounting issues. Whatever the reasons, you’re never happy when payday has passed, and you haven’t seen your check.

None of those reasons are good reasons, but it’s what might happen. And how you respond can vary a great deal. It might depend on the club’s reputation, your working relationship with management, your own previous experiences, economic climate, etc…

It’s not unheard of to sit out practice if a team is late paying you. After all, you’re there for a reason: you’re there to play basketball and get paid for it. When the money’s not there, you don’t play. Some people have the motto: ‘No pay, no play.’

If management is up front with you (in cases where sponsors are late providing funds), and they have shown you can trust them, you might give them a little leeway. But if they get too far behind (and that’s at your discretion), you have to put your foot down.

Otherwise you are getting taken advantage of. Imagine your employer missing your payday! How long would you stand for that?

In my opinion, it’s never OK for a team to withhold your payment because of lost games or poor performances on the court. But it happens.

Sometimes the situations can be pretty complicated, and vary a great deal depending on each scenario. Payments/late payments seem to be what people are most-interested in hearing about, so if the interest is there, I’ll do a follow up with more in-depth situations.

Smaller issues such as: dealing with fan/media critique after poor performances (they can be very blunt), sometimes not having a trainer present at practice (makes things interesting if there’s an injury), less-than-standard hotel stays, not being able to get a phone/internet put in your apartment for three-plus weeks — can also arise at some point during your time overseas. You just have to try to not let it bother you, and move on.

All in all, you need to pick your battles—because you’re not going to get everything exactly how you want. What is TRULY important to you? Those are the things you need to speak up about, and demand to have taken care of. Do your best to remain professional, and remember what you are there to do!

To be as successful as you possibly can, it’s best to just go with the flow. If you need all your ducks in a row, at all times, this might not be the profession for you. You have to roll with the punches, and do what you do best: hoop! 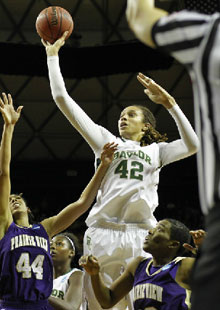 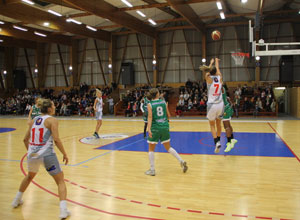