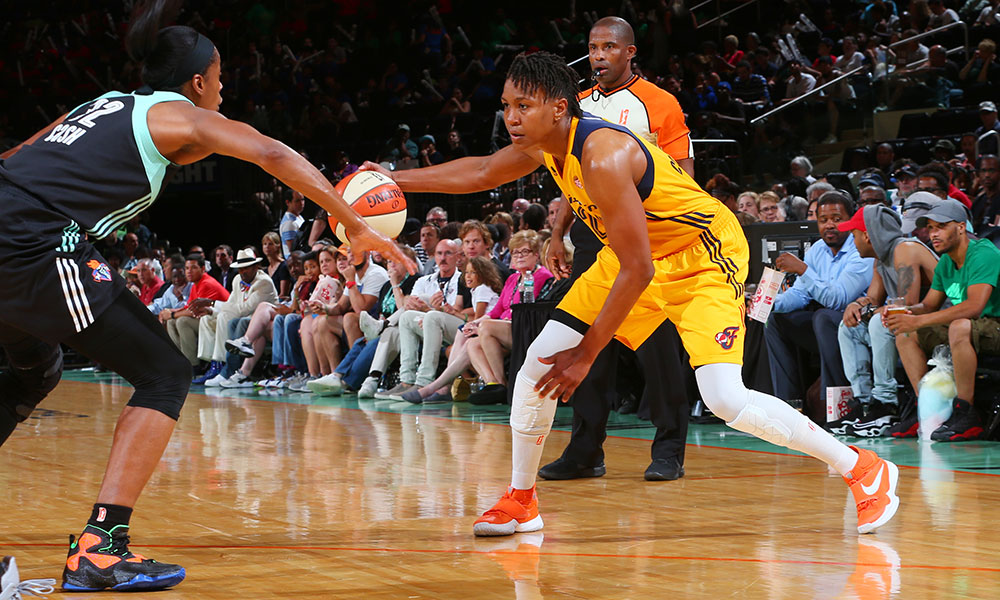 The Indiana Fever had four players score in double-digits as they pulled away in the forth quarter and defeated the New York Liberty, 82-70, on Thursday.

What were the emotions of the birthday-girl Tamika Catchings, 37, a WNBA legend and shoe-in Hall of Famer, on her last regular-season game at Madison Square Garden? Why are the Fever playing so hot right now? So many questions to be answered, right? Well no, not exactly.

We may never know the answers, because the Fever were not answering any basketball-related questions after the game, and for good cause.

Both the Fever and Liberty decided to make a stand by answering only questions related to the Black Lives Matter movement. We caught up with Catch, who is also the President of the WNBA Players Association, in the locker room after the game.

SLAM: Happy birthday Tamika. Are you going to be able to pick up some french-fries today (fries are famously her favorite food)?

Tamika Catchings: [Laughs] Thank you… Yeah I hope! When I get to the airport!

SLAM: How does it feel knowing this is your last regular-season game at MSG?

SLAM: What is your personal take on the situation?

TC: I think just overall as players, it’s definitely a stance that we’ve all taken—and it’s important to us all. This is bigger than basketball, and I think that’s the thing that’s getting overshadowed. It’s like that now we’re trying to rebel against the league, and no, it’s not even that. It’s more just being able to have a voice, being able to represent the things that matter and affect all of us. Whether we’re African-American, white or whatever race you are, it affects everybody.

SLAM: Was this particular stand a collective decision made by the team right before the game, last night, or when?

TC: A little bit of both. It’s something that we’ve been talking about for the last couple of weeks. With everything that’s going on, you know with individuals and teams making statements, and of course getting a memo from the League Tuesday, prior to the game and getting fined after the game.

SLAM: The fines don’t bother you and others? Are you going to keep making a stand regardless?

TC: Do you want to keep losing money? No, but at the end of the day, do you want to be able to have a voice and be able to stand firm for what you believe in? Yeah—freedom of speech, freedom of being able to represent the things that matter to us individually and collectively. It’s really important to each one of us. The whole thing is we all need to work together like we did for Orlando, and the turnaround for that and getting shirts out was literally like three days. And this is something we’ve talked about to the league about a week and a half to two weeks ago—and so just a little disappointed more than anything. Now instead of joining what the players want to do, now it’s like two separate entities working against each other, while we’re supposed to be working collectively together.

SLAM: Are you hoping that during the Olympic-break that both sides can find an agreement?

TC: We’ll get together with the Union and the Director of Operations of the Players Association, and you know, we got a long break [laughs], and hopefully we can figure this out. We all need to be on the same page. 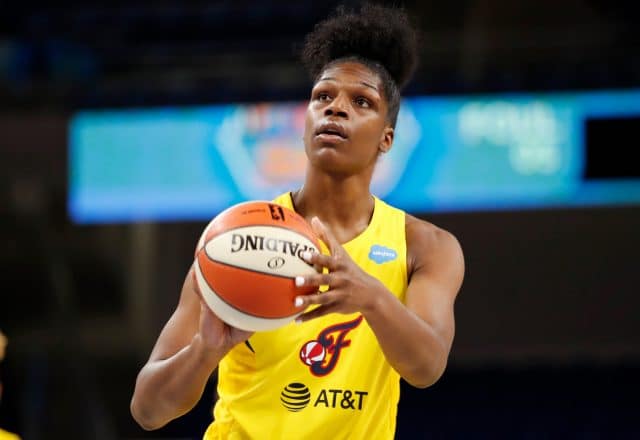