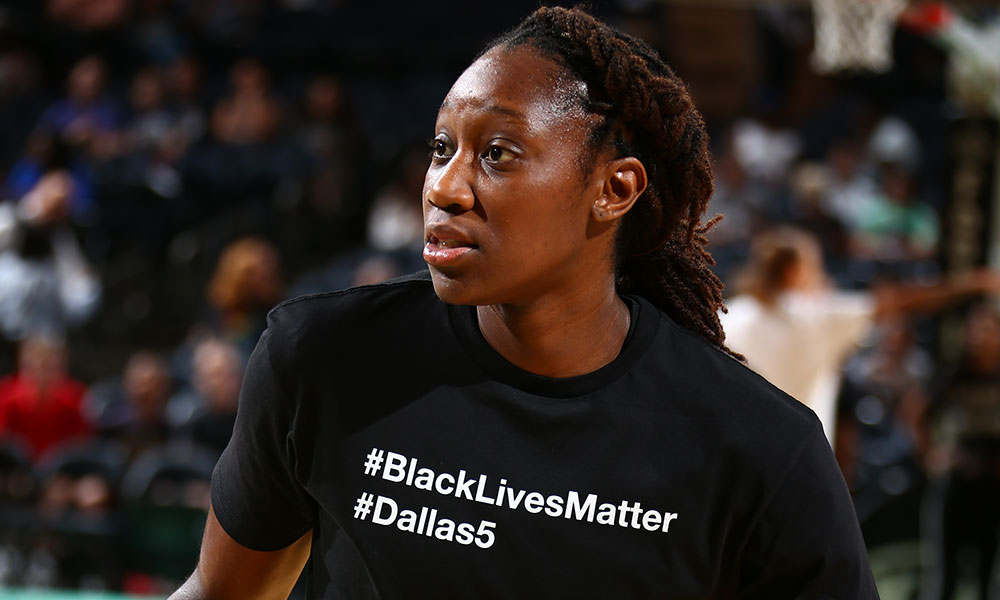 According to the WNBA’s uniform policy, warmup shirts may not be altered in any way.

The news drew the consternation of WNBA players, who called out the league for issuing Pride t-shirts after the Orlando nightclub massacre, but not allowing players to make a stand against police violence.

When the shooting in Orlando happened the WNBA immediately sent shirts for us to wear to show support..

Why support one cause that effects our country and not another?

The Minnesota Lynx and NY Liberty were the first to take a stand, wearing warmup shirts with the names of Philando Castile and Alton Sterling, along with the Dallas Police Department shield.

"This is a human issue & we need to speak up for change, together." -Maya pic.twitter.com/tyfl65Ag81

The Lynx only wore their shirts once. The Liberty switched to plain black shirts, which they’ve worn before their last four games. Phoenix and Indiana wore black shirts on Tuesday.

After issuing the penalties, WNBA President Lisa Borders said in a statement that the league is “proud of WNBA players’ engagement and passionate advocacy for non-violent solutions to difficult social issues.”

As you might expect, players were not pleased with the President’s statement.

Don't say we have a voice and then fine us because we use it. #notpuppets #cutthestrings