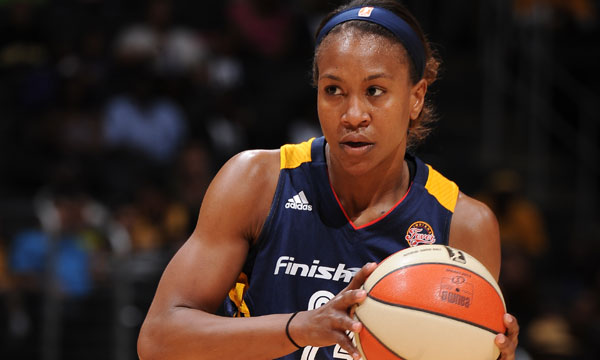 This season’s MVP rankings held plenty of shake ups throughout the season, but none were bigger than Tamika Catchings reaching the number one spot for the first time to close out the regular season. Let’s get to it:

Catchings graces the top of the rankings when it matters most. The Fever were 1-7 to start the season but have battled back to put themselves in great position for a deep post-season run. Despite all the injuries that have plagued this team all year, Catchings has put the Fever in position to win night in and night out. Catchings is locked in offensively, but it’s her dedication rebounding and defense propel her team to victories. Her impact on the floor and the locker room, molding the identity of the team is why she is the Most Valuable Player in the WNBA.

Parker has been sensational in the past three games on the offensive end, averaging over 20 points for Los Angeles. The problem is that the Sparks lost two of the last three against playoff-bound teams in Minnesota and Atlanta. Questions are beginning to stir if this is truly the year for L.A., and if they have what it takes to make it out of the West. Parker’s inability to push this team over the hump against the best cause a slight dip for her in the rankings.

A-Mac has the Dream playing great ball heading into the postseason. More impressive than winning three of the past four games is that Atlanta has beat playoff-bound teams in the Sparks and Indiana. Angel is the most dynamic player in the WNBA, and when locked in can will her team to victory against anyone. A-Mac may not win MVP, but she is a sure fire lock for All-WNBA First Team.

Chicago has won eight of their past nine games, and a lot of credit should be given to Fowles. “Big Syl” anchors the middle of one of the most physical and dynamic frontcourts in the WNBA.

Moore has picked up her play in the second half of the season, just like she did in 2012. She is one of the smoothest scorers in the WNBA and is heating up at the right time for the Lynx. Moore has posted two 30-point games in the last five, and shot over 50 percent in both of those contests. With all of the pieces around her, Maya does a great job in regards to picking and choosing her spots and making each shot count.

The Mercury seem to have found their footing, winning four of their past five games. Taurasi has led the in scoring, posting over 20 points in three of the past five. The key to the Mercury’s success will lie in maintaining the balance and keeping everyone involved offensively. Taurasi will be held responsible for keeping that balance, as the ball is in her hands most of the game. The crafty wing has delivered as of late, averaging close to 8 assists in the past five games. With one of the best starting fives in the WNBA, the Mercury are skilled enough to make some noise in the playoffs.

Delle Donne has had one of the best rookie seasons since Parker exploded on the scene. The Sky forward has turned a team that has never made it to the postseason into a team with homecourt advantage. Despite playing with All-Star players in Epiphanny Prince and Fowles, Delle Donne still is able to fill up the box score, averaging 18 points and close to 6 rebounds a night.

Whalen’s steady all-around play has allowed her to emerge at the best point guard in the WNBA. Statistically Whalen is having a great year, averaging 15 points, 6 assists and 4 rebounds, but so much of her value lies in things that don’t grace the box score. The steady point guard keeps the turnovers low and puts her team and herself in the best position to score each possession. Her decision-making makes Minnesota a dynamic team and a hard out each postseason.

Cambage opened a lot of eyes and quieted doubts of her being a dominant WNBA player. In her second year in the league, Cambage has improved across the board in every statistical category. The Shock wont make the postseason this year, but with Skylar Diggins spoon feeding Cambage easy dimes, Glory Johnson locked in at the 4 and another top player coming in via the draft, Tulsa will be in a good space for years to come.

This may be Thompson’s last ride, but she is going out with a blast. The seasoned vet has aged gracefully, displaying a smooth jumper and crafty back to the basket game. Her high basketball IQ and ability to put her team in position to succeed on each game is why she sits on the list. Her statistics may not blow anyone away, but her value to her team is undeniable. If the Storm are going to make any noise in the postseason, it will be due to Thompson’s steady hand.