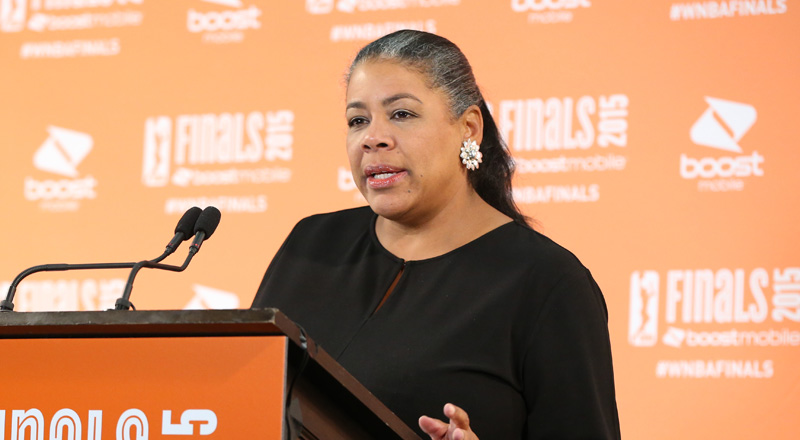 After more than four seasons as the WNBA’s president, Laurel Richie is stepping down.

During Richie’s tenure, the league lured in major investors, including a group headed by Magic Johnson to save the L.A. Sparks in 2014. The league also entered an eight-year Collective Bargaining Agreement and extended a key partnership with ESPN through 2025.

The league still hasn’t made progress in issues like poor attendance and low television viewership.

NEW YORK, Nov. 4 — The WNBA has announced that its President, Laurel J. Richie, will be leaving the league to pursue her other interests serving as a board member of several for-profit and not-for-profit institutions and continuing to be an advocate for girls and young women, effective Nov. 9, 2015. NBA Deputy Commissioner Mark Tatum will oversee the WNBA on an interim basis, and a search for a new league president will commence immediately.

“I am proud of what the WNBA has been able to accomplish during my tenure and am grateful for the opportunity to play my part in setting the stage for the 20th season and beyond,” Richie said. “I was fortunate to work with some very special people, from owners, to league and team staff, to the passionate fans of the WNBA, to the incredibly talented WNBA athletes. I will forever be a fan of the WNBA and a champion for all it stands for.”