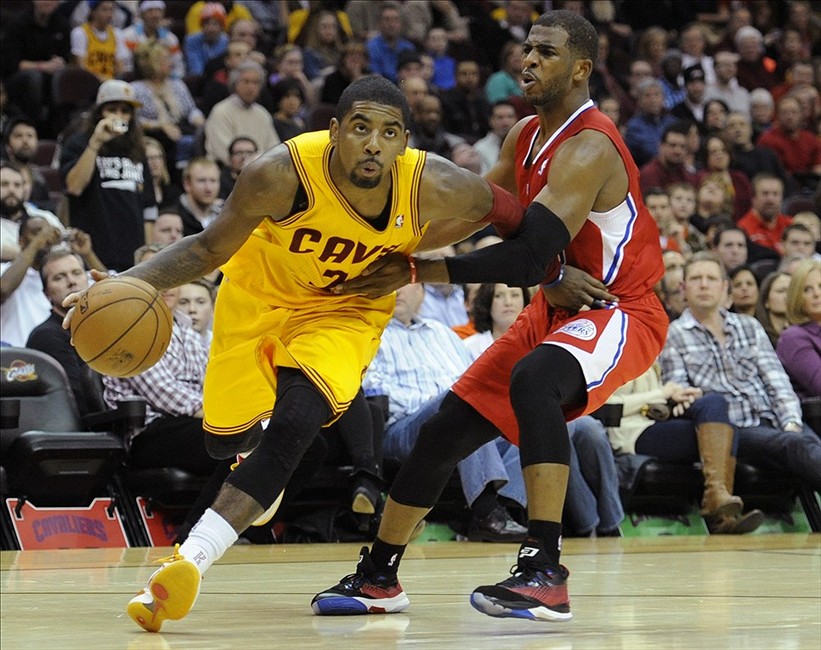 In a Q&A with HoopsHype, veteran Cleveland Cavaliers big man Anderson Varejao opens up about LeBron James’ return to Ohio, wanting to retire in Cleveland, and Kyrie Irving’s evolving role.

Varejao thinks Irving would be wise to emulate Chris Paul going into next season and beyond:

[LeBron] always has shown love for the city of Cleveland, but I guess people thought that maybe he was going to return in the twilight of his career, not in his prime like he has done. AV: “Yes, and now he’s here with us again. All these years there were a lot of people on my ear telling me that I should ask for a trade because LeBron wasn’t there and the team was in a rebuilding process. They told me I should leave, that I should go to another team and try to help win a title and I always said no, I won’t. I don’t need to leave. I like the city, I like the people here, and I’m going to keep fighting through this. And now that LeBron is back the people is telling me I did the right thing [laughs].”

Now that Kevin Love is your teammate, will your role change? AV: “I don’t think it’s going to change. I played with LeBron for six years and what I did was playing defense, setting screens for everybody, fighting for every rebound and being ready on the offensive side when I get the ball.”

Kyrie Irving is with Team USA. Do you think this World Cup will help him for the NBA season? AV: “Playing in Spain will be good for him in terms of experience, but things are going to be good for him playing with LeBron as well. He’s going to learn a lot from LeBron. I believe this season he could play more like Chris Paul, not having to score so much. Now that we have LeBron, Love and all the guys who can score he’s not going to need to go to the basket as much.”