Bruce Bowen Agrees to Un-Retire His No. 12 Jersey for LaMarcus Aldridge 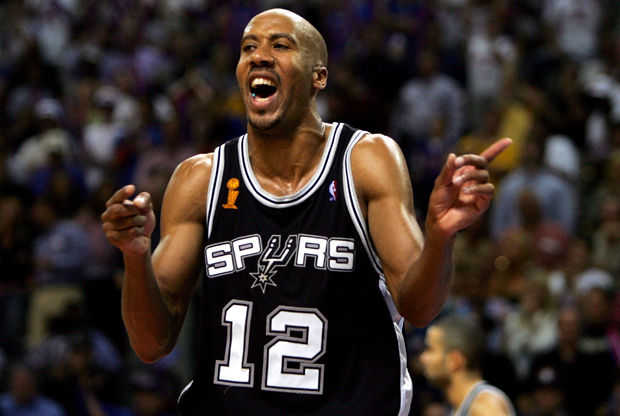 The San Antonio Spurs will introduce free agent acquisition LaMarcus Aldridge to the local press Friday, and as part of the welcome package, the big fella will get to keep the only number he’s ever worn during his 9-year NBA career.

Retired defensive ace Bruce Bowen has given the Spurs his blessing to un-retire his old No. 12 jersey—he was honored in 2012, three seasons after calling it a career—and allow Aldridge to rock it next season.

LaMarcus apparently asked the Spurs’ brass if he could keep his jersey number during contract talks this summer.

“You want LaMarcus to feel part of the family,” Bowen said. “If I can have a hand in that, shoot, why not? I don’t play anymore.”

Consider it a “Welcome to San Antonio” gift for Aldridge. […] Save for two years at the University of Texas spent in No. 23, Aldridge has worn No. 12 every season of his basketball life. That includes all nine of his NBA seasons in Portland.

Not long after Aldridge agreed to a four-year deal worth more than $80 million to join the Spurs last week, general manager R.C. Buford phoned Bowen to ask about bequeathing the number to the team’s new prize. […] “I hope it helps (Aldridge) feel comfortable,” Bowen said. “If he’s comfortable, the sky’s the limit for him here. It’s one less thing he has to worry about.”