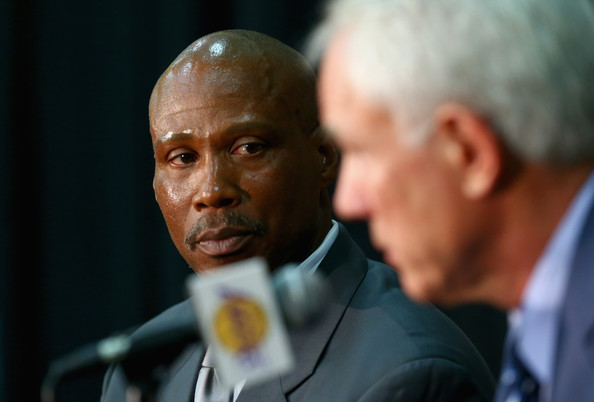 As every suffering Lakers fan knows all too well, head coach Byron Scott is in just the second year of his four-year, $17 million pact with the franchise.

Scott, despite the team’s 2-12 record, says he feels that the front-office in Los Angeles has his back.

Even more good news: Lord Byron reports that no one has discussed the possibility of making any changes to his coaching methods.

As the Lakers finished practice earlier this week, coach Byron Scott and general manager Mitch Kupchak talked near center court. Scott reported he and Kupchak have “been talking almost every other day” throughout the Lakers’ 2-12 start.

“We still understand that this is a process,” Scott said. “We have a lot of young guys on this team that we feel will be very good players. But it’s not going to happen in a month. It’s going to take some time. It might take a year or two.” […] Scott revealed he and Kupchak have addressed “what we can do to get these young guys better and make the procedure for them a lot easier.”