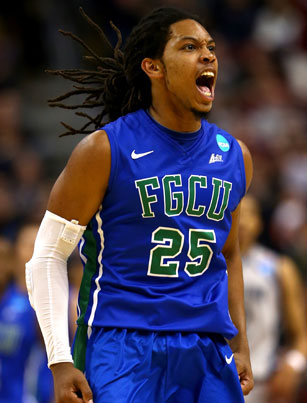 Last time I checked in, the conference tournaments were in high gear and the NCAA Tournament was still six days away. Since then—and it seems like a month ago now—the first rounds have wrapped up, this year’s Cinderella story has been partially written (what up, Florida Gulf Coast!), 16 squads have moved on and a certain No. 1 seed has already fallen, hard.

Let’s face it—Thursday’s and Friday’s games are already old news, and you’ve been paying close attention to your bracket(s). So, due to time constraints and a lack of energy on my part (I’m exhausted from all that hoop), I have thoroughly condensed my recaps to include only the last two days of the NCAA Tournament—the “third round,” officially, but it’s really the second round and everybody knows it. In my book the PIGs don’t count.

Here’s the outline for this week: I’ve included most of the close games from Saturday and Sunday, while also mentioning the route each team took to get there. The recaps are short and sweet, for the most part, unless I found a team or player to be of particular interest. Of course, the Game of the Week and Player of the Week features are also jotted down with, I hope, acceptable detail. Please note that from here on out, all numbers before a certain team (I.e. No. 7 San Diego State) refer to Tournament seeding rather than the customary AP ranking.

Without further delay, enjoy the March Madness edition of The Week in Review! Hope your bracket isn’t too busted…

The 15th-seeded Eagles of little-known Florida Gulf Coast blew up plenty of brackets on Friday when they knocked off second-ranked Georgetown, one of the biggest upsets of the Tourney thus far. But then FGCU, playing its trademark run-and-gun, up-tempo game, took down another high seed on Sunday afternoon in Philadelphia, outplaying the talented San Diego State Aztecs and earning the first-ever Sweet 16 berth for a 15th-seeded team. Demonstrative, impassioned, dancing on the sideline and tossing brazen alley-oops, the Eagles were soaring against SDSU. Florida Gulf Coast sailed through a 21-2 run in the second half and clamped down on defense, using their quick hands to generate easy fast-break points. The Aztecs, swarmed by Eagles defenders, couldn’t mount a serious comeback in the latter stages of the game. For every mini-run from SDSU, the Eagles had a reply.

It’s very hard not to like this FGCU team. America has fallen for the Eagles. They play with controlled frenzy, share the ball, frustrate opponents on the defensive end, and they have considerable panache. FGCU is like a bunch of good friends running at the open gym, just having a blast. They smile all the time.

Florida Gulf Coast, in Fort Myers, has only been around since 1997, and surely no one outside the state of Florida had ever heard of the school before this weekend’s bracket-busting. Its roster is loaded with characters. The Eagles’ point guard, a 6-3 freshman named Brett Comer, is cocksure and flashy and a wonderful passer; he dropped 14 assists on Sunday, many of which were of the no-look Pistol-Pete variety. Comer sports a wordy tattoo on his upper right arm, a long passage of some sort; the font is too small to read on television. Another Eagle, junior Sherwood Brown, wears long black dreadlocks and sticks out his tongue after he makes a shot. He racked up 17 points and eight rebounds against the Aztecs, all the while playing to the crowd. Then there’s Bernard Thompson, a smooth-shooting guard who dropped in 23 points, the game-high, and Switzerland native Christophe Varidel—high-socked, disheveled—who was 3-5 from beyond the arc and scored 11 points.

“We try to have fun, get serious when we have to,” FGCU coach Andy Enfield told the Associated Press. “Our goal was to make history and we did it.”

The Eagles doused Enfield with bottled water, danced their crazy bird dance and celebrated wildly, as if they had just won the whole enchilada. Florida Gulf Coast will meet the Florida Gators in the Sweet 16, with a chance to once again make history. The whole country will be watching.

Virginia Commonwealth easily dispatched Akron in the second round, but the Rams ran into trouble against fourth-seeded Michigan and its talented backcourt on Saturday. The Wolverines’ biggest weakness, so it seemed, was their inexperience at the guard positions. So much for that theory. Trey Burke scored 18 points, Tim Hardaway Jr. had 14 and the Wolverines easily broke through VCU’s scratch-and-claw ball pressure to advance to the Sweet 16. Forward Mitch McGary added 21 points and 14 rebounds, a huge game for the big man, while Glenn Robinson III had 14 points of his own. Michigan faces top-seeded Kansas on Friday.

Behind 23 points from Gary Harris, Tom Izzo’s Spartans once again advanced to the Round of 16. Coach Izzo has reached the second weekend of the Big Dance 11 times in his distinguished career. MSU will square off against Duke and another legend, Coach K, on Friday in Indianapolis.

Oregon won the Pac-12 Tournament and was rewarded with a 12-seed. That tells you what the committee thought of the Pac-12 this season. Clearly playing with a chip on their shoulders, the Ducks rolled Oklahoma State in the second round and took down Saint Louis by 17 points. Oregon shot 8-11 from the three-point line (a staggering 72.7 percent) and held the Billikens to just 3-21 from behind the arc. Damyean Dotson led Oregon with 23 points, including five three-pointers, while E.J. Singler and Carlos Emory added 14 points apiece. Ducks forward Arsalan Kazemi, who hails from Iran, has emerged as a premiere rebounder—he snagged 16 boards and seven offensive rebounds on Saturday. It won’t get any easier for Oregon; the Ducks face overall top seed Louisville in the Sweet 16.

As you may know, I picked Gonzaga to win the National Championship this year. Was it an overly optimistic pick? Yes. Did I actually think the Zags would win the chip? Eh…hard to say. I thought the talent was there, and when Gonzaga plays well it’s as good as anybody in the country. But this is the Big Dance, a real cutthroat of a tournament, where you have to play your best game every night if you hope to advance. Gonzaga couldn’t do it.

Wichita State is a good team—it reached the Missouri Valley Conference final this season—and it played an excellent ballgame, knocking down 14 three-pointers and shooting 50 percent from the field. Gonzaga, on the other hand, shot around 36 percent from the field and could never pull away from those pesky Shockers. At one point late in the second half Wichita State hit five three’s in a row.

“They never quit,” Shockers coach Gregg Marshall told reporters. “You know we got the big lead, Gonzaga makes a great run as a No. 1 team in the country would, and these guys dig down.”

Harvard was the Tournament darling before Florida Gulf Coast advanced to the Round of 16. Coach Tommy Amaker and the Crimson beat New Mexico 68-62 in the second round, the first big shocker of the tourney. As I noted on a friend’s Facebook page shortly after the game, throughout history man has underestimated smart kids who play slow.

Alas, the road ended for Harvard against a stout Arizona squad that was at one point this season ranked among the top teams in the country. The Wildcats didn’t underestimate Harvard; they simply pounded the Crimson by 23 points as Mark Lyons scored 27. According to one excitable AP writer, Arizona showed Harvard “how a real basketball school does it when March rolls around.” Editorializing aside, that pretty much sums it up. ‘Zona takes on Ohio State on Thursday.

Buzz Williams’s Marquette squad has been living on the edge lately, surviving a pair of one-bucket games to advance to the Round of 16. Vander Blue scored 19 points in the second half as the Golden Eagles sent Butler home on Saturday. With a few seconds left in the game, Butler threw a long inbounds pass and converted a layup that Marquette blocked by goaltending. It made things interesting at the end, but the Eagles held on. Blue, who’s been rising to the occasion recently, scored a game-winning layup in Marquette’s second-round victory over Davidson. 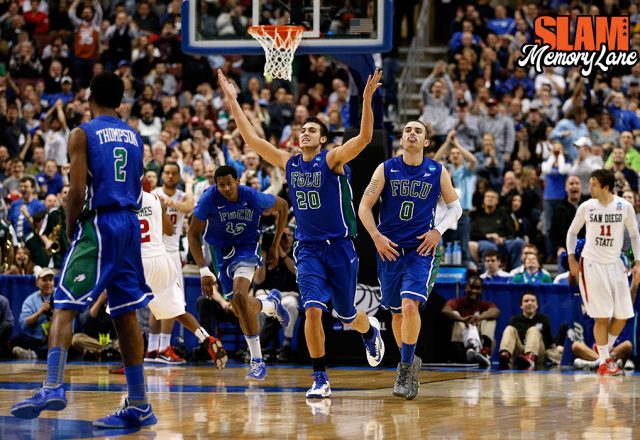 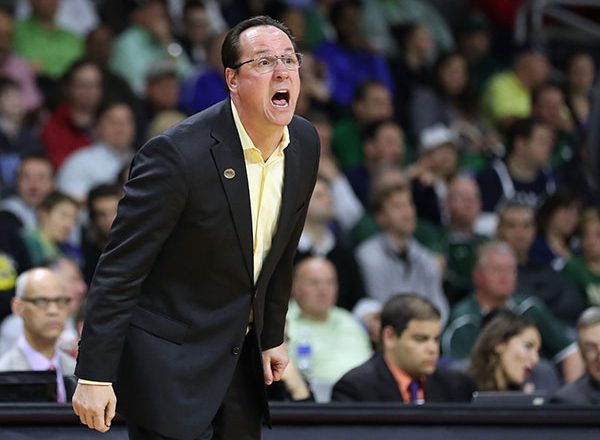 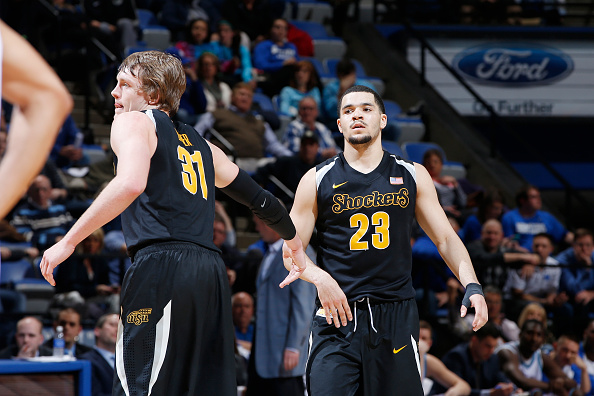 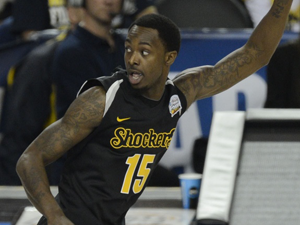 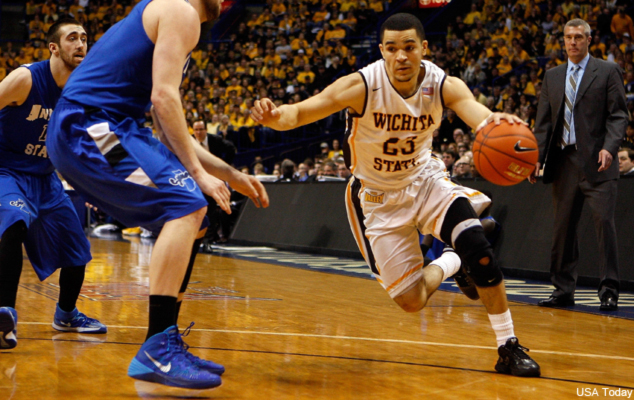