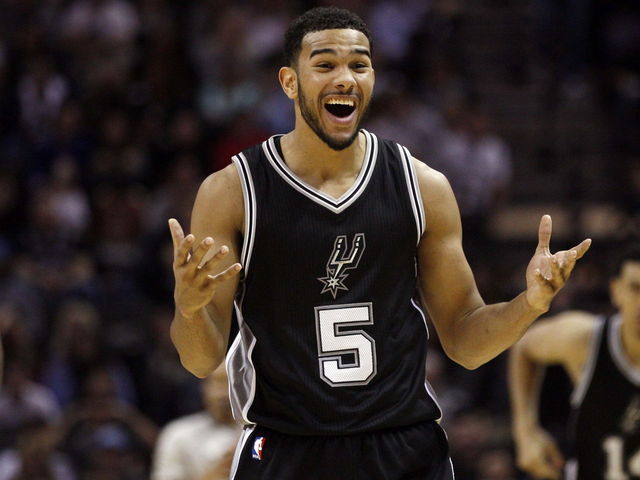 Pickering, Ontario native Cory Joseph is coming home, having agreed to a reported four-year, $30 million pact with the Toronto Raptors.

Sources: Cory Joseph and the Toronto Raptors have agreed to a 4-year year deal worth $30 million

Joseph, 23, spent his first four seasons with the San Antonio Spurs, and is coming off a career-best year (6.8 points, 2.4 assists in 79 games.)

A sincere thank you to all the fans, RC, Coach Pop and the entire Spurs organization for all the (cont) http://t.co/2GktH0gc6V

Masai Ujiri said earlier this year he had no doubt the Raptors would land an impact Canadian during his tenure as general manager, but citizenship is far from the only reason Cory Joseph becomes that guy.

Joseph, the Pickering, Ont., native and national team starting point guard, verbally agreed to a four-year deal worth $30 million US. ESPN reported the final year will be a player option and Joseph confirmed the news by tweeting: “#WeTheNorth here I come!”