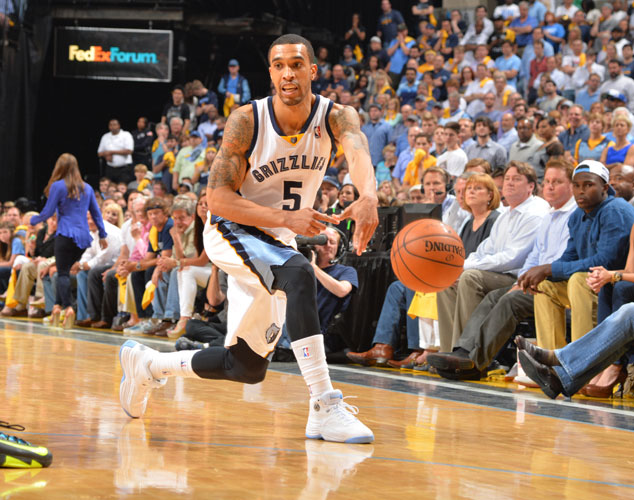 The Knicks overhaul is complete as the team has signed shooting guard Courtney Lee to a four-year, $48 million dollar deal. Lee joins Derrick Rose and Joakim Noah as New York’s newest players as the squad looks to make the Playoffs for the first time since 2013.

The 30-year-old guard played for Memphis and Charlotte last season and has career averages of 9.6 points, 2.6 rebounds, and 1.6 assists.

More from Stefan Bondy and the New York Daily News

Lee, 30, eats up most of New York’s remaining cap space and represents the last big deal of the summer. What’s left is filling out the bench — and Phil Jackson hopes to do that with some of his own free agents — and introducing Lee and Joakim Noah in press conferences.

Lee’s deal is fully guaranteed and gives the Knicks four players with annual salaries in eight figures. Five players — Anthony, Lee, Noah, Porzingis and Kyle O’Quinn — are signed until 2019, although the clear directive from this collection is to win now. That’s why their two big signings are in their 30s.

“You have to understand the situation,” Porzingis, 20, the youngest player on the roster, said. “I’m young, but we don’t have 10 years to win a championship. We got to win soon. So that’s my mindset as well. I know those guys want to win right away. They’ve been in the league for a long time. So all I got to do is stay as mentally focused as I can to help those guys win. That’s the No. 1 goal. I’m not here to have five seasons of just trying to win.”