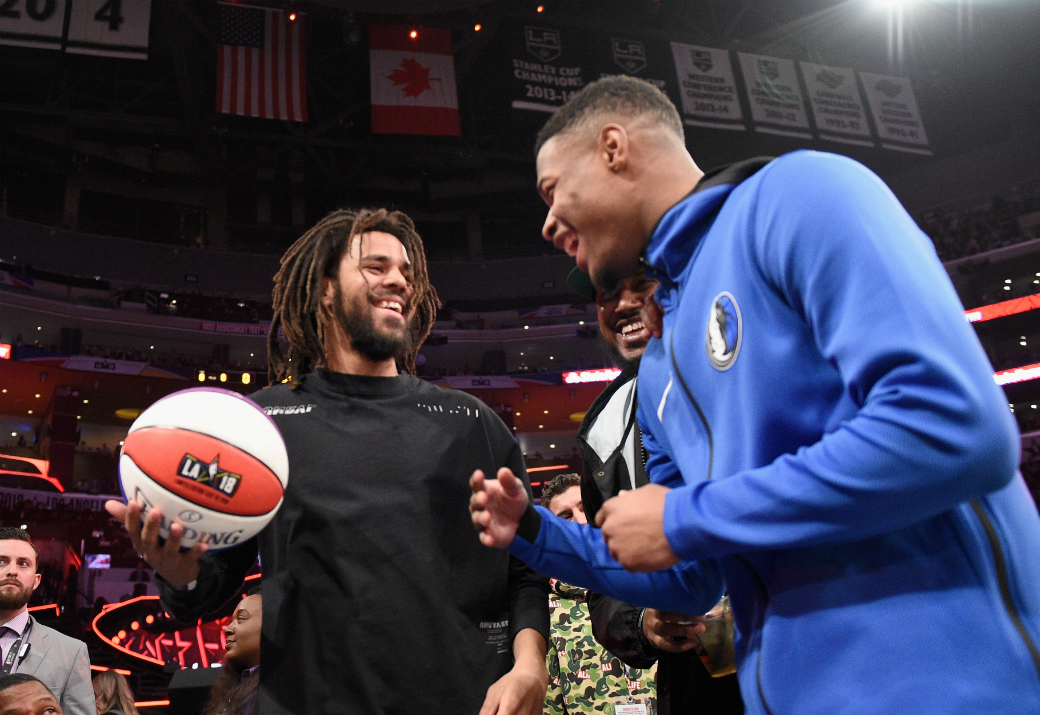 NBA fans were reportedly robbed of a legendary dunk contest moment this year, as Dennis Smith Jr., who was eliminated in the first round, was planning to enlist the help of fellow Fayetteville, NC native J. Cole had he advanced.

If Dennis would have made it to the final round, [J. Cole] was going to throw him the alley-oop. The plan was, Cole would throw the ‘oop, Dennis would dunk it, and Cole would catch the ball and then he’d dunk it too. That was going to be the ill, craziest dunk, use of a prop or a person ever, but we never got to [see] because [Dennis] was holding out until the final round and didn’t want to bring it out in the first round.

RELATED
Every Dunk from the 2018 NBA Verizon Slam Dunk Contest