From our friends at the Women’s Basketball Coaches Association:

“Congratulations to Diamond for earning the top award for high school basketball players,” said WBCA CEO Beth Bass.  “She has set high standards for current and future high school student-athletes to pursue greatness in a game that is rapidly excelling.  The WBCA wishes Diamond the best on her future in college and in the game of women’s basketball.”

The 6-foot-2 shooting guard, who has signed with North Carolina, is ranked No. 3 overall in the country and No. 1 for her position by ESPN HoopGurlz.com.  DeShields has led the Norcross Blue Devils to a 25-5 record on the season.  She is averaging 26 points per game, 7 rebounds, 4.5 steals and 3.8 assists.

During her four-year stint as a Blue Devil, DeShields so far has scored over 2,100 points and is the all-time leading scorer in Norcross history, and ranks third in Gwinnett County history.  She posted a game-high 35 points during the 2009 season against Southwest DeKalb High School, which is seventh on the school-record list for most points scored in a game.  In 2011, DeShields tied the school record for most three-point field goals made in a game with seven.

“Diamond’s remarkable achievements, both on and off the court, make her truly deserving of this prestigious award,” said Pam El, Marketing Vice President for State Farm.  “State Farm is extremely proud and honored to recognize this outstanding student-athlete and we wish her the best in all her future endeavors.”

DeShields will be formally honored at halftime of the 2013 WBCA High School All-America Game presented by NIKE, which will be played at 4:30 p.m. CT Saturday, April 6, at the New Orleans Arena.  For the fourth consecutive year, the game will be played on the official NCAA® Women’s Final Four ® court.  The game is held annually as part of the WBCA National Convention and NCAA Women’s Final Four “Super Saturday” festivities. 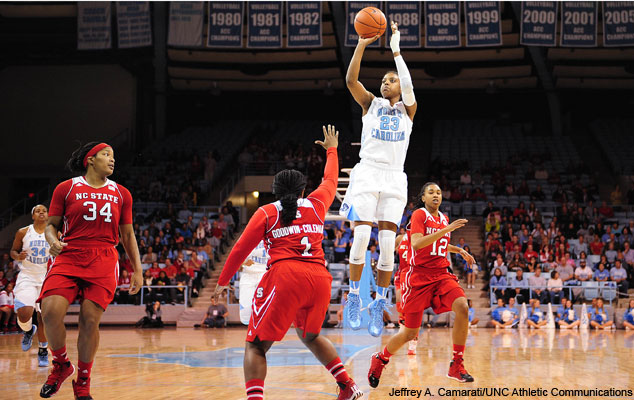 Two in the Zone 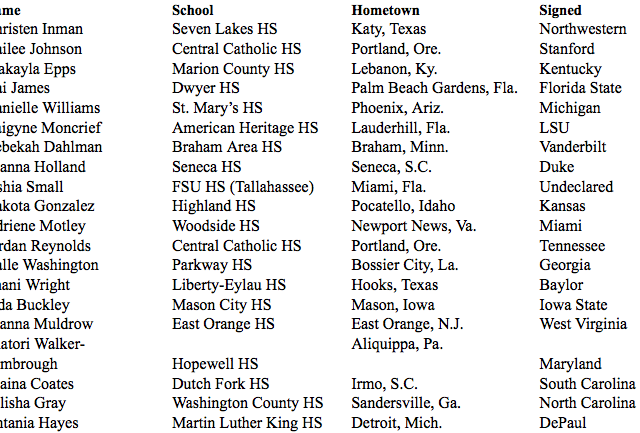